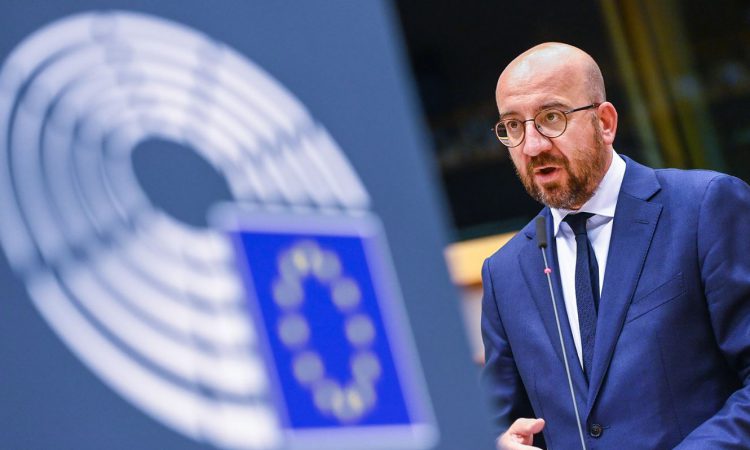 The President of the European Council, Charles Michel, has proposed a ‘Brexit Adjustment Reserve’ of €5 billion to support the most affected countries and sectors by Brexit, as part of his new proposal for the 2021-2027 EU budget.

Michel announced the plans today, Friday, July 10, while outlining his new proposal for the budget.

The latest proposal for the budget – known in official language as the Multiannual Financial Framework (MFF) – is largely based on Michel’s proposal he revealed in February. That proposal entailed a drop in funding for the Common Agricultural Policy (CAP) of 14% (when the absence of the UK is accounted for).

However, Michel’s latest proposal, revealed today, would see some €4 billion added to his February proposal for the allocation to CAP. Separately, his proposal includes a “recovery instrument” to take account of the economic impact of Covid-19.

Between Michel’s last proposal in February and the new one today, the European Commission separately issued its own proposal in May for the 2021-2027 MFF.

The commission’s proposal envisaged a cut to CAP of 9% as opposed to 14%.

This change in the scale of the cut to CAP was due to the commission introducing the idea of a recovery instrument for Covid-19: The ‘Next Generation EU’ fund, amounting to some €750 billion over and above the roughly €1.1 trillion MFF.

The size of the MFF and the Next Generation EU fund under Michel’s latest proposals today will be similar to what was proposed by the commission in May.

It is also understood that the total funding allocated to CAP under the new proposals (comprising both the MFF and ‘Next Generation’) would be broadly in line with the proposal from the commission in May, i.e. around €348.3 billion, with €258.2 billion going to Pillar I and €90 billion to Pillar II.

As is typical with MFF proposals, they are based on ‘constant prices’ – i.e. the value of prices in a given year, in this case 2018. Several farm organisations and political figures have highlighted that this would not take account of inflation over time.