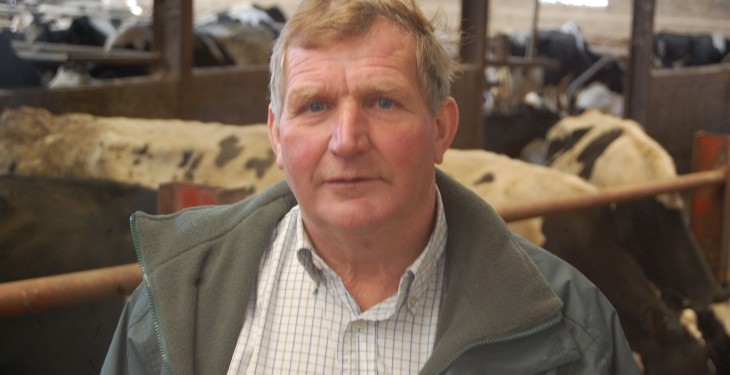 Cumbrian dairy farmer John Bowe has seen his milk prices drop by the equivalent of 6c/L (7.5c) over the past four months. Last week, he was told by his processor – Meadow Foods – that he will be getting a base price of just over 25ppl (31.25c/L) for his October milk.

And he’s not happy. Calving the year round, the herd is currently averaging just short of 8,000 litres with good solids.

“At 25p we will definitely be losing money,” John told Agriland.

“We had a great start to the year with prices well over 30p/L. But the outlook for the coming six to twelve months is not good at all. The processers are blaming the reduction in prices on the fact that China has stopped buying dairy products in tandem with the impact of the Russian food import ban.

He said that looking down the track he is deeply concerned about the prospect of Ireland significantly increasing milk output levels from next spring onwards. “And I know that a number of dairy farmers in the Cumbria area are of a like mind on this issue.

“Anything that increases the amount of dairy products coming on to world markets will only serve to put more pressure on milk prices. We now operate in a global dairy market. So what happens in Ireland will have a direct impact on the fortunes of milk producers in the UK.”

John and his son Will milk 160 high type Holstein cows. When asked if he would consider increasing cow numbers in the foreseeable future, John’s immediate reply was: ‘No’

“I truly can’t understand the motivation for dairy farmers wanting to look at expanding their businesses in the current economic climate. And things are going to get a lot worse before they get better.

“My deep concern is that UK processors will use Irish dairy expansion as a convenient way of keeping our farmgate returns under pressure next spring.”