What are the employment prospects and salary rates for agriculture graduates?

Agriculture graduates and veterinary graduates have some of the highest employment rates, according to new research.

The study comes following a significant increase in the numbers of students opting to study agriculture in third level.

Employment opportunities for graduates of Irish universities continued to improve last year, according to the report published by the Higher Education Authority (HEA).

‘What do graduates do?’ is published each year and provides insights into the first destination of graduates of Irish universities and colleges of education, nine months after graduation.

The latest report looks at how 2014 graduates – from Degree, Postgraduate, Masters and Doctorate courses – have fared in relation to employment and further education.

Agriculture and Veterinary graduates have amongst the highest level of employment with 70% working nine months after graduation.

Of those graduates, 54% of those working are based in Ireland with a further 16% based overseas. 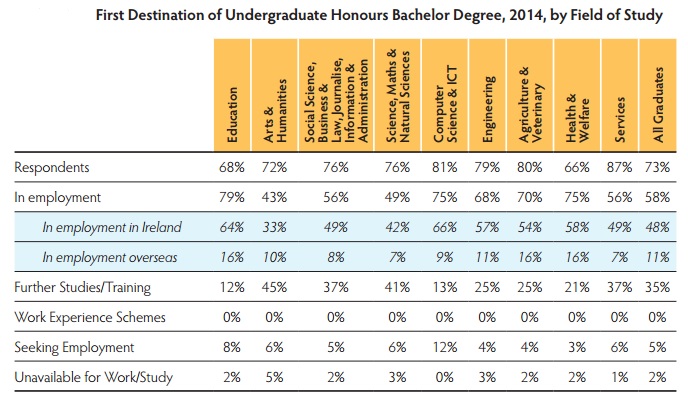 The HEA research also showed that Agriculture and Veterinary  graduates are most likely to consider their qualification to be very relevant to their area of study at 79%.

This compares to 23% of graduates of Arts and Humanities courses who think their education was relevant to their employment. 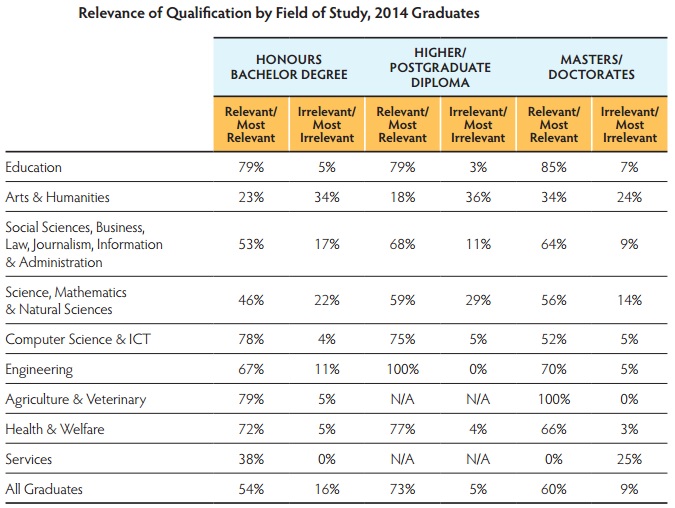 For Agriculture and Veterinary and Health and Welfare 2014 graduates, the most common reported salary was between €25,000 and €28,999, nine months after graduation.

Only 8% of employed Agriculture and Veterinary graduates in 2014 reported a salary of less than €20,000.

Agriculture compares favourably to those in other fields such as science, engineering and education.

Overall, Computer Science/ICT graduates are the highest earners, with 37% of such graduates earning €33,000 or over. 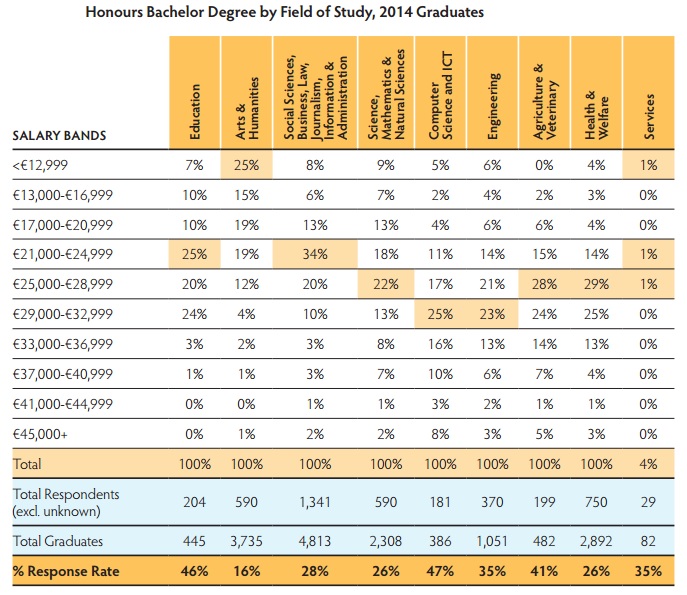 Latest statistics from the CAO show a fall in students first preferences for agricultural and horticultural courses.

The statistics show that many students’ preference has turned to professions popular during the boom times such as the traditional professions and construction-related courses.

Some 595 students put down an agricultural course as their first CAO preference this year compared to 734 in 2014 a fall of 18%.

Where agricultural graduates are working?

The regions of employment for Honours Bachelor Degree graduates, nine months after graduation. Dublin is the region with the most employment opportunities, with 37% of graduates employed there.

The South West (16%) and Overseas (16%) were also most popular destinations for employed graduates. 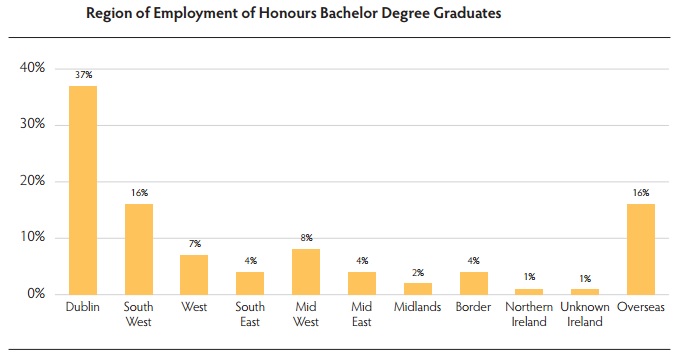 Commenting today, Tom Boland, CEO of the HEA, said the findings of this report highlight many positive outcomes for graduates.

“Overall, employment levels – and employment in Ireland in particular – have improved from last year, and fewer graduates are going overseas for work,” he said.

You can read the report in full here