The IFA and the Ulster Farmers Union are to meet early next week to discuss serious concerns relating to the current status of the sheep trade on the island of Ireland.

Over the last number of weeks prices for hoggets have collapsed in Northern Ireland from 410p/kg down to 320p/kg while quotes for spring lambs have slipped from 460p/kg down to 410p/kg, according to UFU President Ian Marshall.

Meanwhile, south of the border lamb and hogget prices have been hit significantly this week with quotes falling by up to 40c/kg at plants nationwide.

According to the ICSA’s latest lamb price update quotes from factories have fallen to €6/kg. This compares to prices of €6.40/kg received by farmers last week.

Marshall said this unusual decline in prices is an extremely concerning situation at a time of the year when producers have already experienced expensive winter costs for both hogget’s and new season lamb. 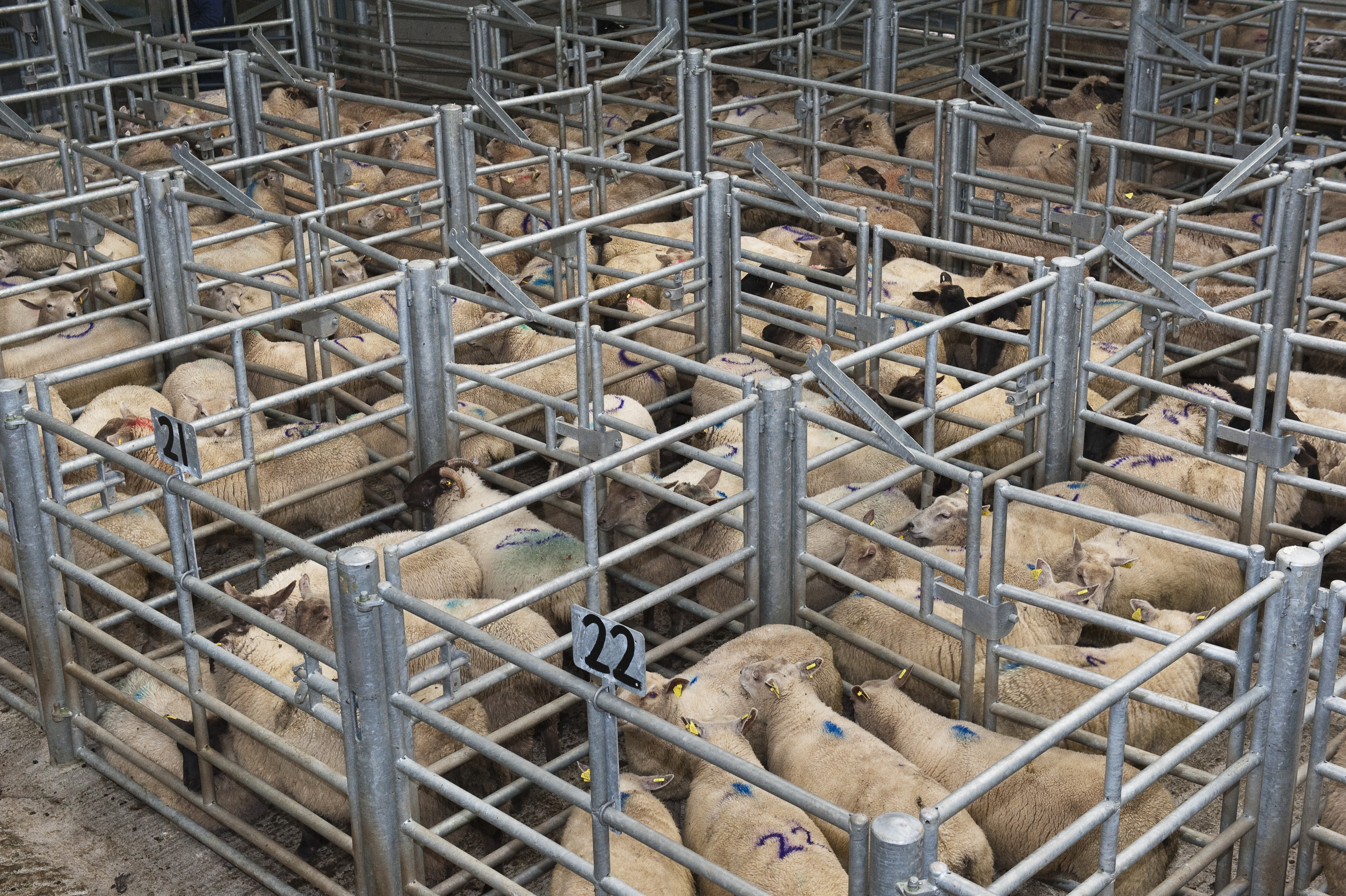 In Northern Ireland one of the over-riding factors causing problems at present is undoubtedly the weakness of the Euro against Sterling which is currently down 13% on this time last year and hasn’t been this weak in the month of April since 2007.

According to Marshall this is already creating all sorts of issues for the trading of UK red meat products in the Eurozone.

However another reason cited for the price fall is that the lamb trade has unfortunately been further complicated by the uncertainties created by new EU Country of Origin labelling laws which came into force for lamb, pork and poultry at the beginning of April this year.

According to Marshall in order for these commodities to comply with the new country of origin labelling laws, the country where the animal was reared and slaughtered must be declared.

For lamb exported to the Republic from Northern Ireland, this effectively means that the lamb will have to be declared as having been reared in the UK and slaughtered in the Republic.

Marshall noted that last year the industry witnessed the impact country of origin labelling legislation had on the cross border trade of beef cattle with UK supermarkets specifying that they did not want to purchase beef with a mixed region label.

“While it is accepted that the lamb market is more diverse in comparison to the beef industry, what we as an industry now need to get to the bottom of is whether the main customers for lamb from the island of Ireland require country of origin labelling within their specification and if they do, explore contingency options that can overcome this problem.”

With 45% of Northern Ireland lambs exported to the Republic last year and with their plants heavily reliant on northern lambs to satisfy their markets and maintain throughput, it is essential that these issues are resolved as soon as possible.

“It must be noted that exports to the south have not ceased completely, with several thousand exported to the Republic last week, however we know that less Republic plants are buying Northern lambs and we have already seen the severe impact of reduced competition with the ruthless approach taken by local processors to slash prices at a time of great uncertainty,” he said.

According to Marshall this approach is to be wholly condemned and urgent steps must be taken by both Government and industry to help overcome the issues facing sheep producers.