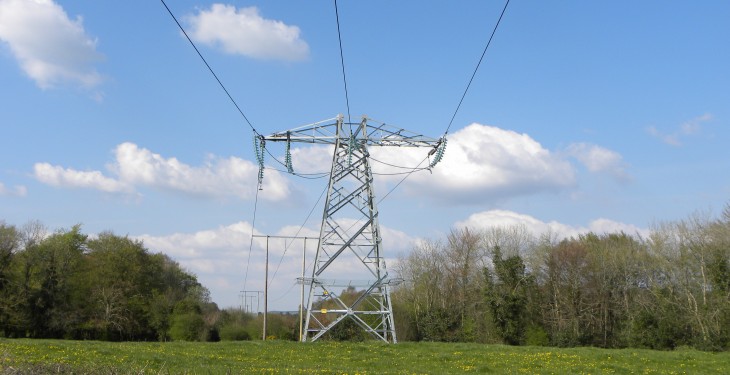 Eirgrid has said that it has not misrepresented the views of the inspector, as accused by MEP Marian Harkin, in relation to health concerns about magnetic field exposure.

The Transmissions Manager of Eirgrid Brendan Murray had been accused by MEP Marian Harkin of deliberately misrepresented the views expressed by an An Bord Pleanala Inspector in regard to possible health issues arising from Electro Magnetic Field (EMF) associated with high voltage overhead cables.

However, in a statement from Eirgrid, it points to the An Bord Pleanala’s decision which says magnetic field exposure at houses would be far below that of established guidelines and would not pose a threat to public health.

Eirgrid went on to say that while Brendan Murray acknowledged that an inspector had raised a health concern in his report, the final report had concluded that the line is safe. A spokesperson for Eirgrid said: “He did not deliberately misrepresent the views of the inspector.” The final report from An Bord Pleanala said: “…and notwithstanding the proposed increase in voltage of this line, the Board is satisfied that the resulting magnetic field exposure at houses would be far below that of established guidelines, and did not accept the Inspector’s recommendation in relation to public health.”

Marian Harkin was commenting on the granting of planning permission for the Laois-Kilkenny Electricity Reinforcement Project. “When an An Bord Pleanala Inspector in his report states ‘Considering all the evidence together the WHO as well as other scientific panels classified magnetic fields as a possible cause of childhood leukaemia….. it appears that the proposed upgraded power line from Ballyragget to Kilkenny could have an adverse impact on those living closest to it in terms of magnetic field radiation’, how is it possible for a senior EirGrid official to claim that the ABP Inspector had stated that no health risk exists”, the Independent MEP said. She called for an urgent and immediate need to review national energy policy and this is the job which should be given to the McGuinness Committee which, in turn, should take expert submissions from persons with extensive expertise in building transmission grids in Ireland and abroad.