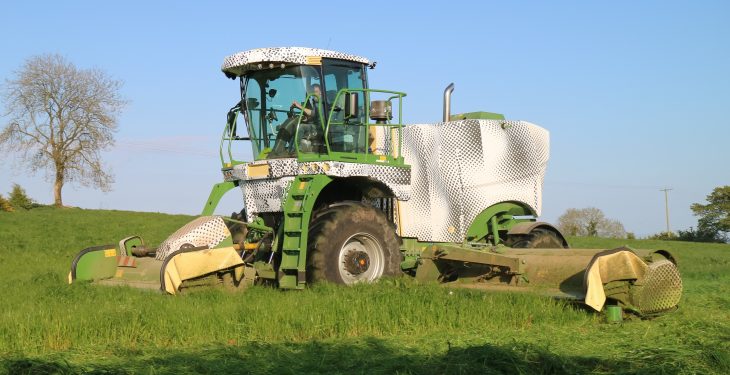 Driving down a quite country road on a sunny summer’s evening it’s not uncommon to come across a variety of ‘striking’ different machines busy at silage.

However, when you gaze over the hedge and spot what looks like a motorised zebra coming over the hill, it certainly does spike your interest. Stopping to investigate further, I heard the story behind what has been a closely-guarded secret in the machinery trade.

Krone has released 10 pre-production ‘new-generation’ Big M self-propelled mowers across the world – to put them through their paces in all sorts of conditions. As Ireland is renowned for its heavy grass and testing conditions, two such machines have been placed here. One – the subject of this article – is in Co. Armagh; the other is in Co. Cork. 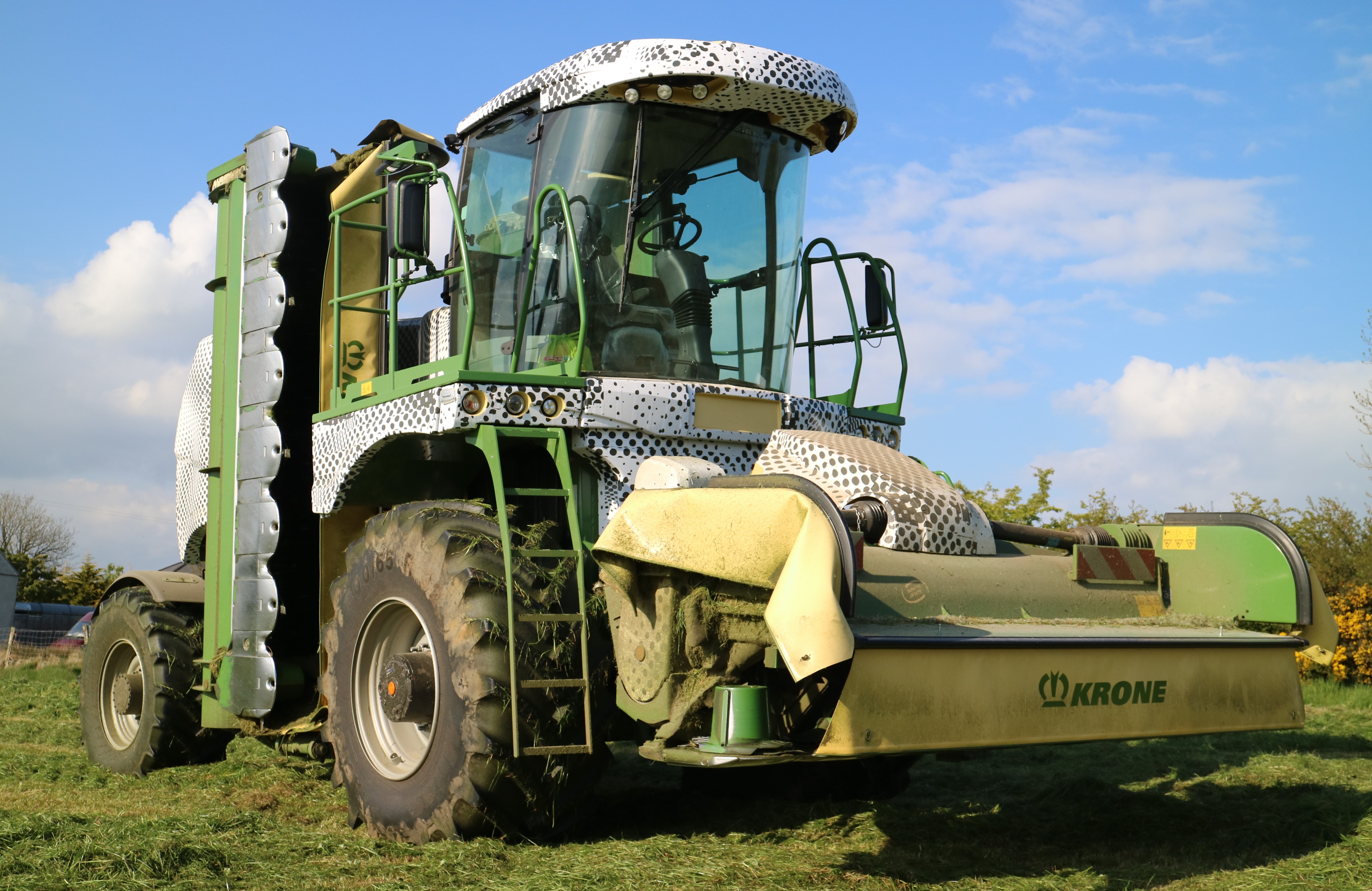 The machine in question is being field-tested by a contracting company in Mountnorris. The company has been a loyal Krone user for almost two decades, starting its relationship with the German firm back in 2001 when it purchased a second-hand Big M II. At the time, it was a huge step forward for the business.

“We originally started off using two 10ft trailed John Deere mowers, which covered about 5,000ac in a season,” a member of the contracting team said. “It was tough going – on both the machines as well as the men. We then moved onto a Krone butterfly combination, before opting for a Big M II.”

Nowadays, the business tackles an average of 10,000ac of grass each season, which is devoured by a duo of Claas Jaguar foragers – a 970 and an older 890. Keeping grass knocked down ahead of these high-capacity machines calls for some serious mowing power; that is delivered by a Claas Axion 900 Series tractor carrying a set of Krone butterfly mowers, along with the very special ‘new-generation’ Big M featured here. 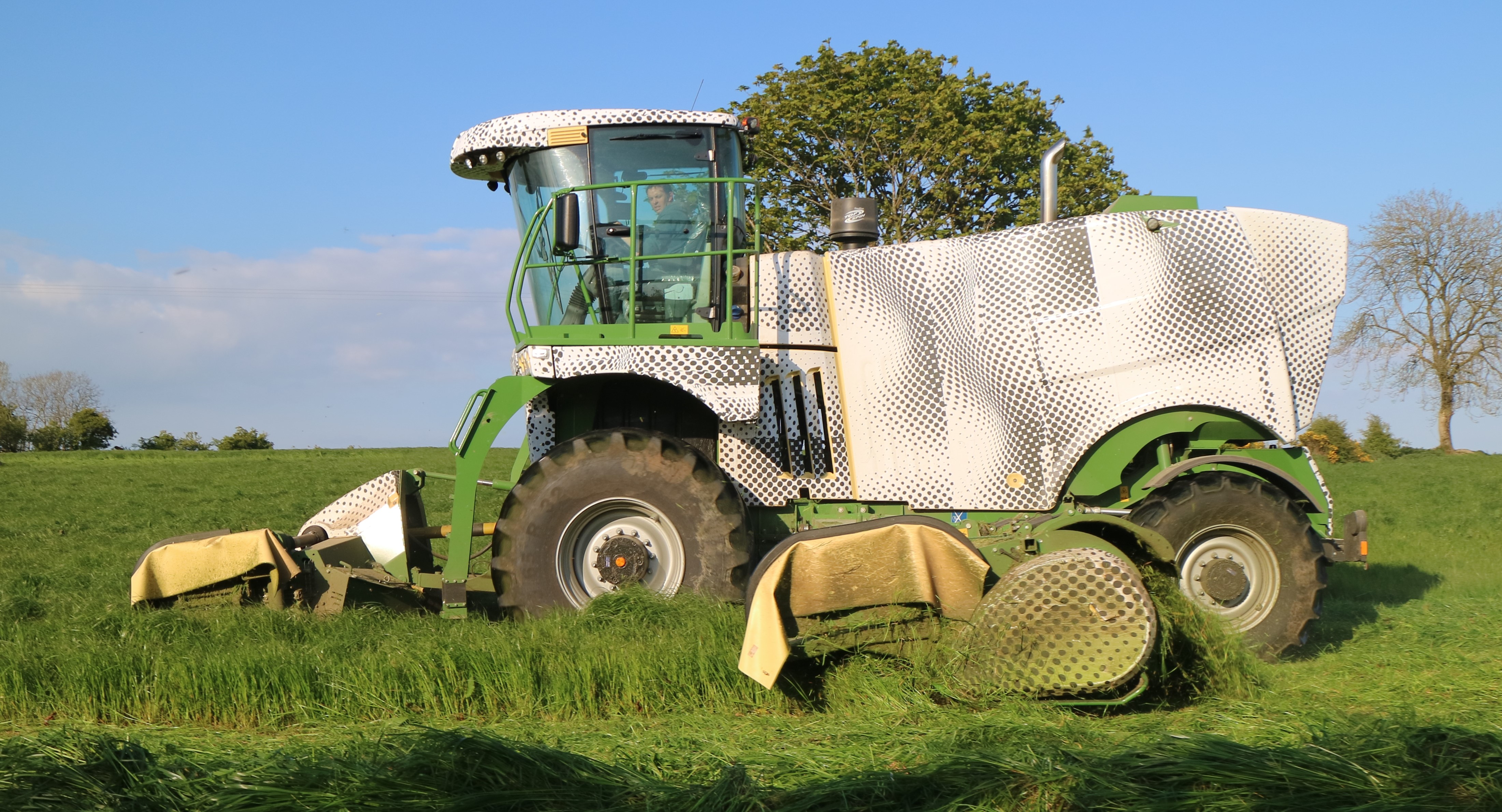 Let’s take a closer look at what is new on this Big M. At first glance, you might not notice that much of a difference compared to the existing Big M 420 – other than the unusual colour scheme.

However, the new model has been re-designed from the ground up – starting with the chassis. It is now fitted with hydraulically-adjustable front and rear axles, which can shunt from an overall height of 4m (road mode) up to 4.2m – for greater ground clearance (field mode). 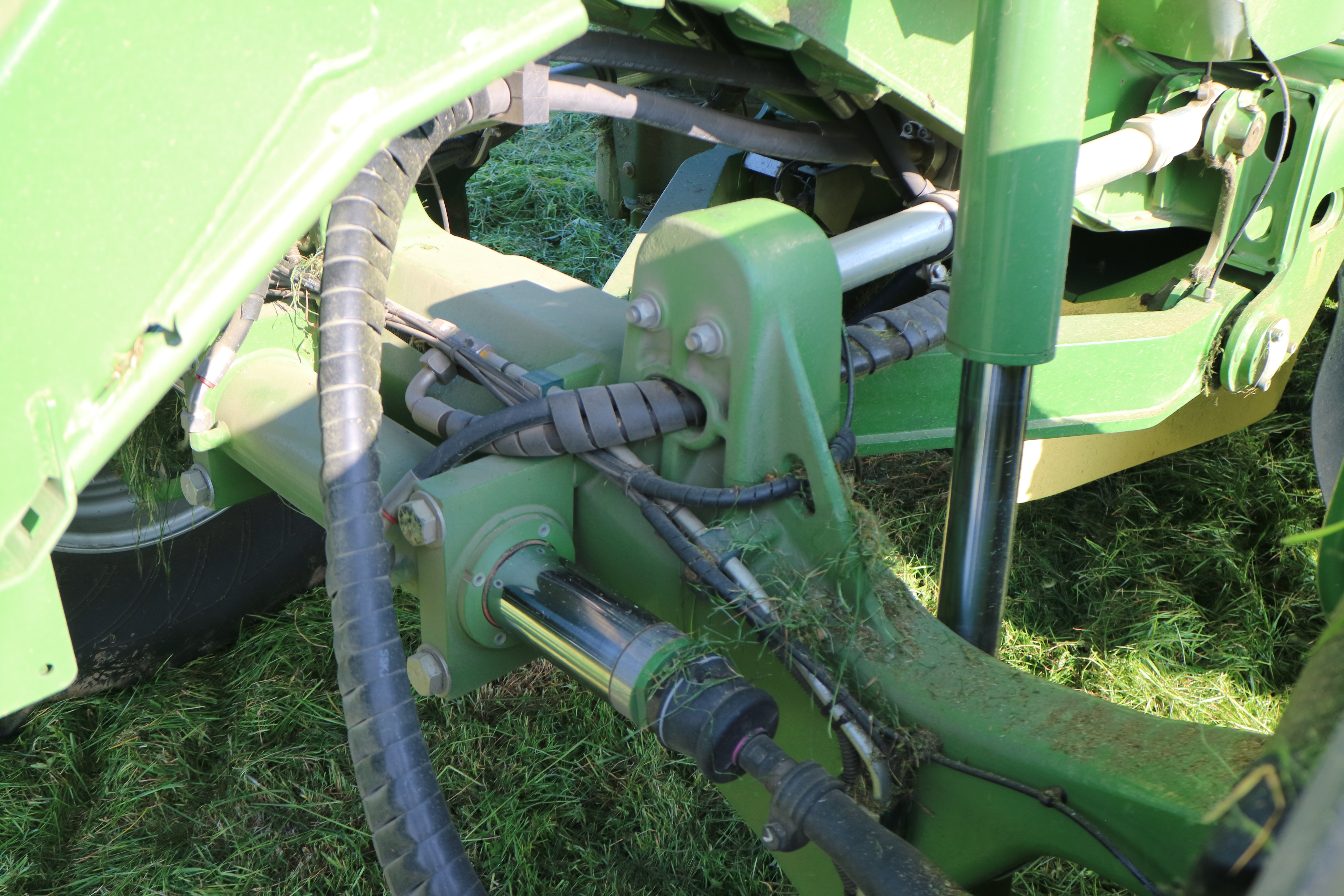 The axles are also now suspended by ‘axle bearings’ on four hydraulic cylinders, to boost comfort and in-field operating speeds. Completing the set-up are 800/65 R32 tyres up front and slightly smaller 600/65 R28 tyres at the rear. 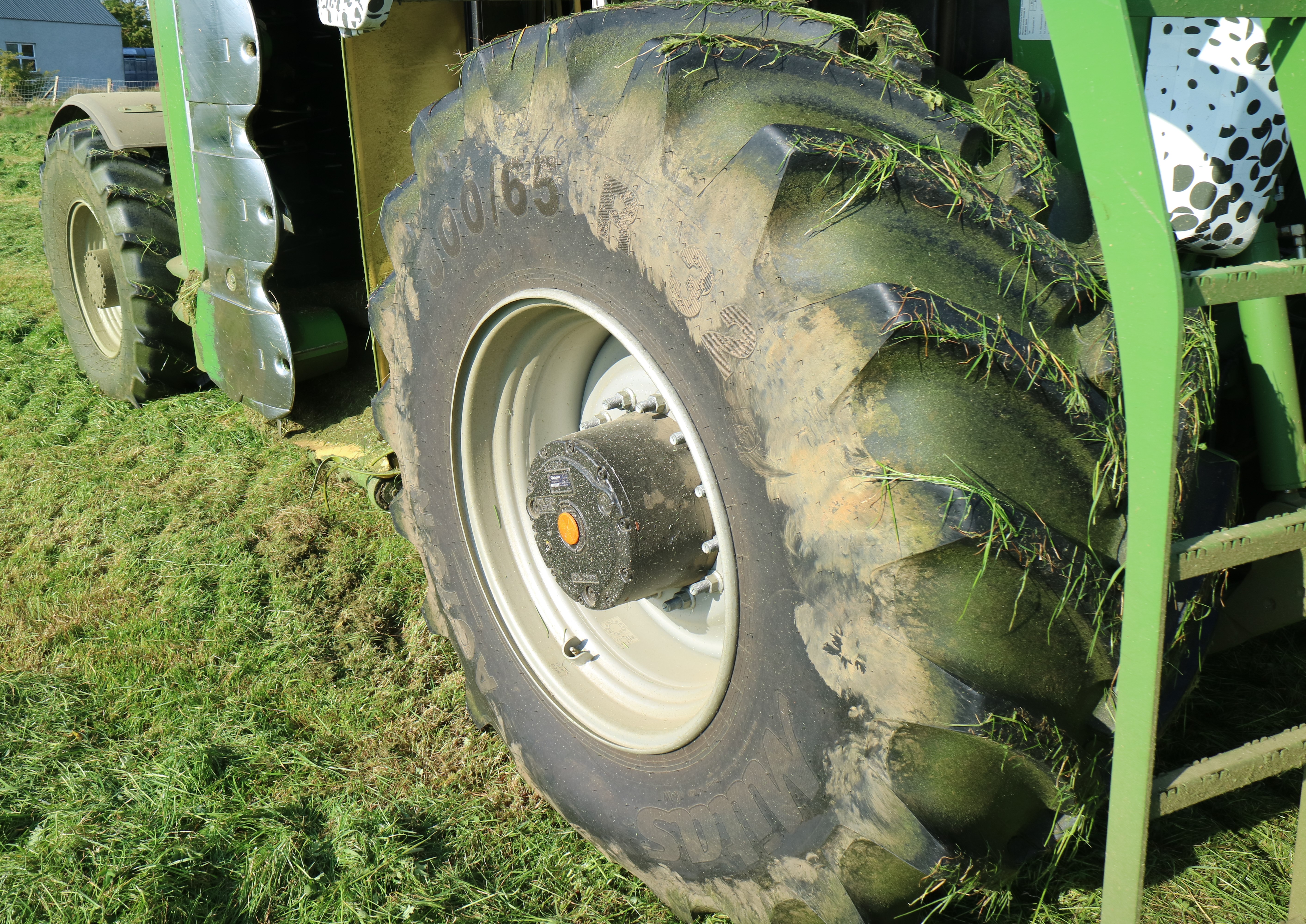 Power is transferred to the ground via a Bosch-sourced continuously variable ground-drive transmission, while muscle is courtesy of a 12L, 6-cylinder Liebherr Tier 4 Final turbo-charged engine – kicking out 449hp. 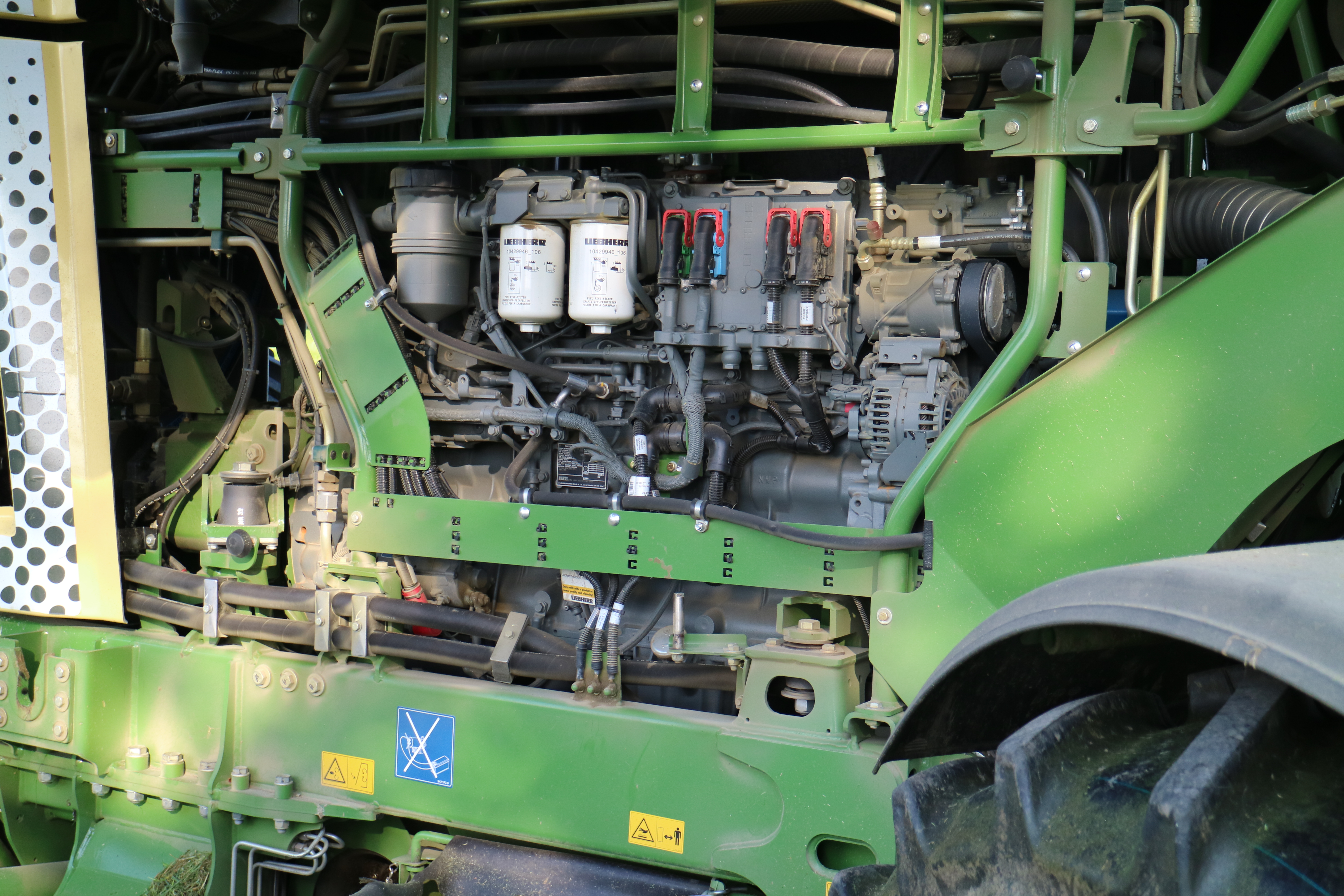 There are two engine operating modes – 1,500rpm at 40kph for the road and 1,700rpm up to a speed of 25kph when mowing in the field. A larger cooling unit is fitted with a ‘passive’ front rotor and ‘active’ exhaust to keep it clear of dust. 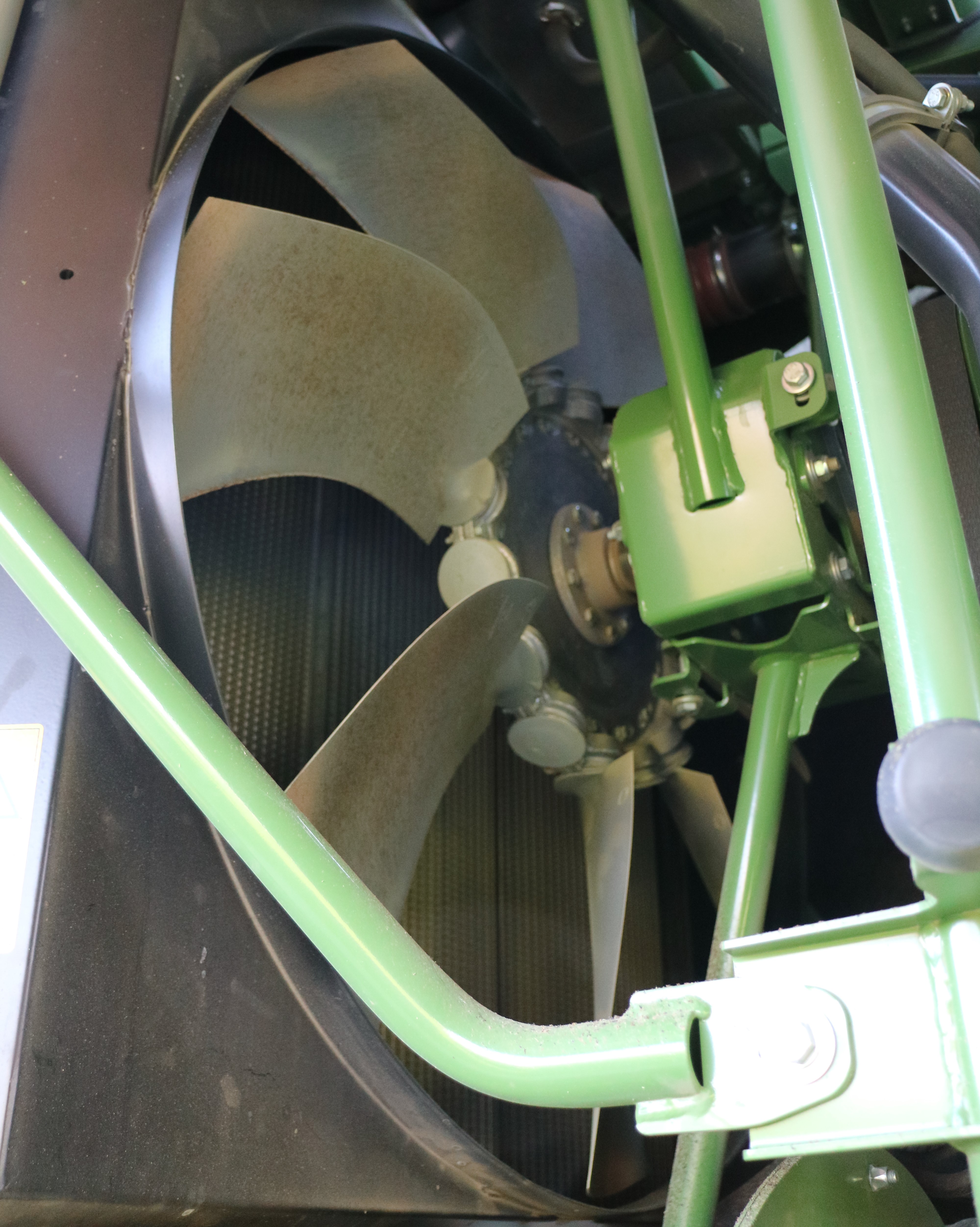 At the business end, mowing capacity has been stretched to 9.95m – and also redesigned in the process. The front mower is no longer mounted on a triangular frame, but is now directly mounted onto the machine via a 3-point linkage design – similar to that found on the EasyCut F320 CV.

Power is now transmitted to each mower via shafts and gearboxes instead of belts, making for more efficient power delivery. As before, the mowers come standard with SafeCut – for added peace of mind in sometimes-unpredictable Irish conditions. 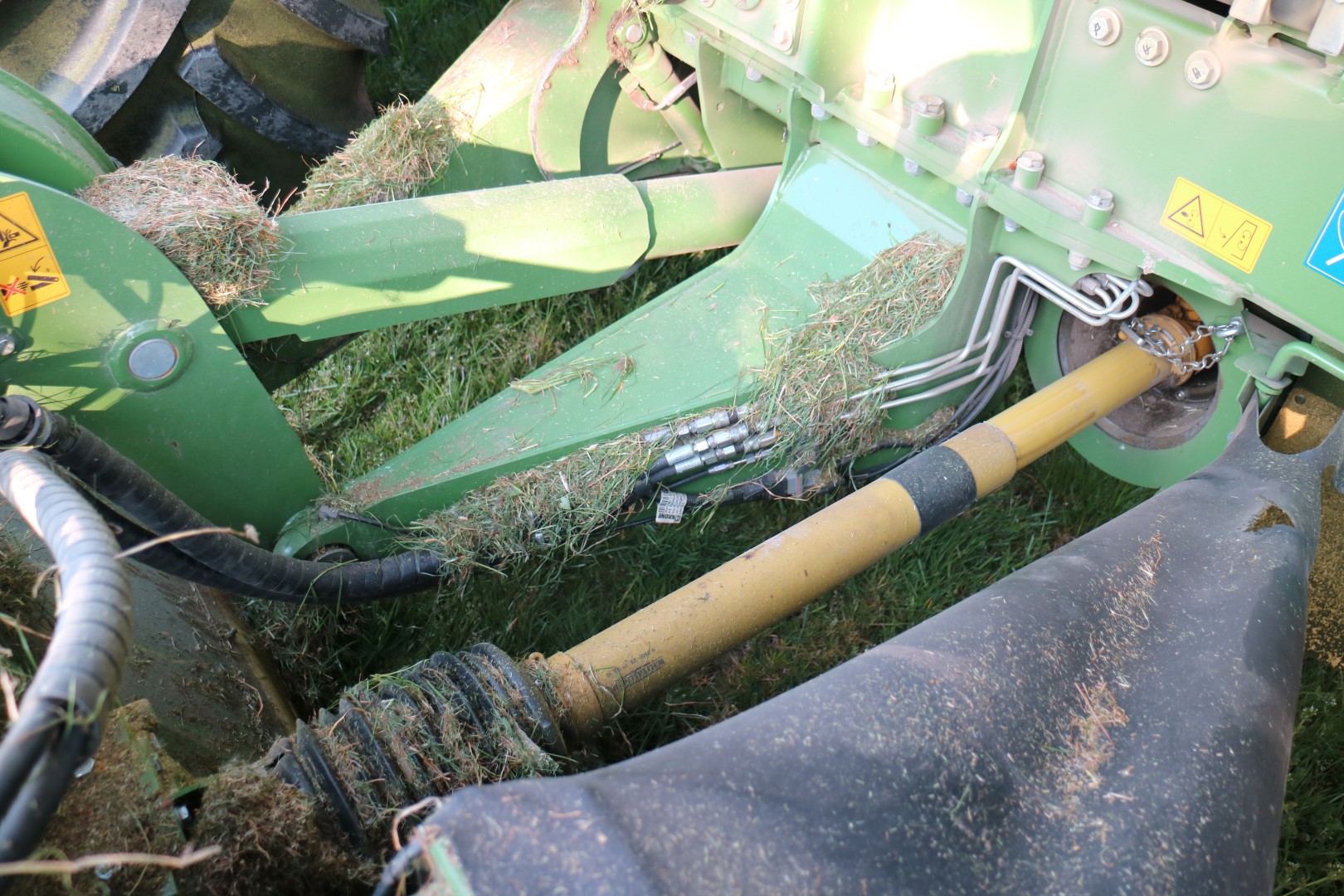 Operator comfort is improved, thanks to a new cab similar to that found on the Big X 480-630 forager range. Inside, all the controls fall easily to hand; the multi-function joystick has all you need at your fingertips. 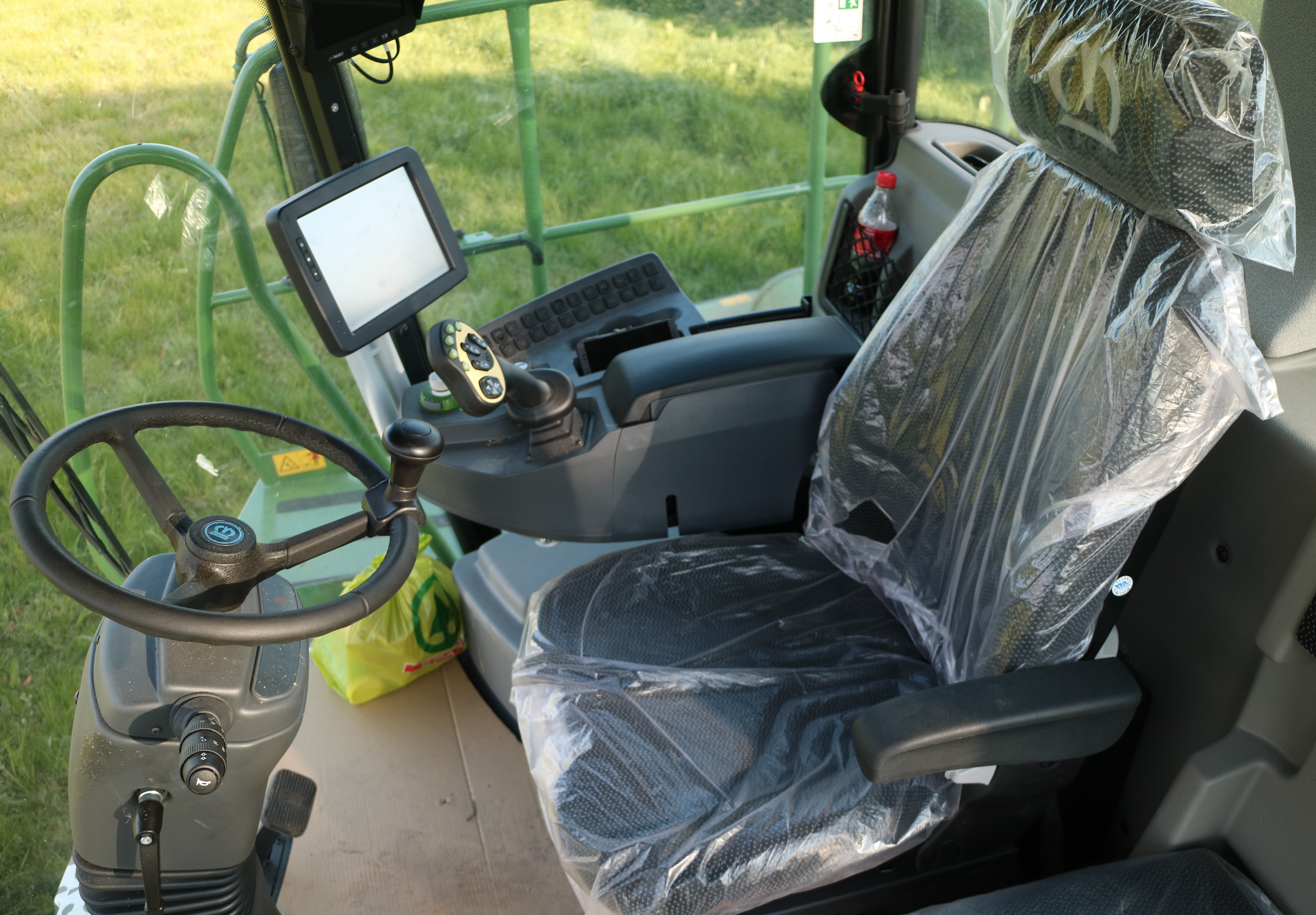 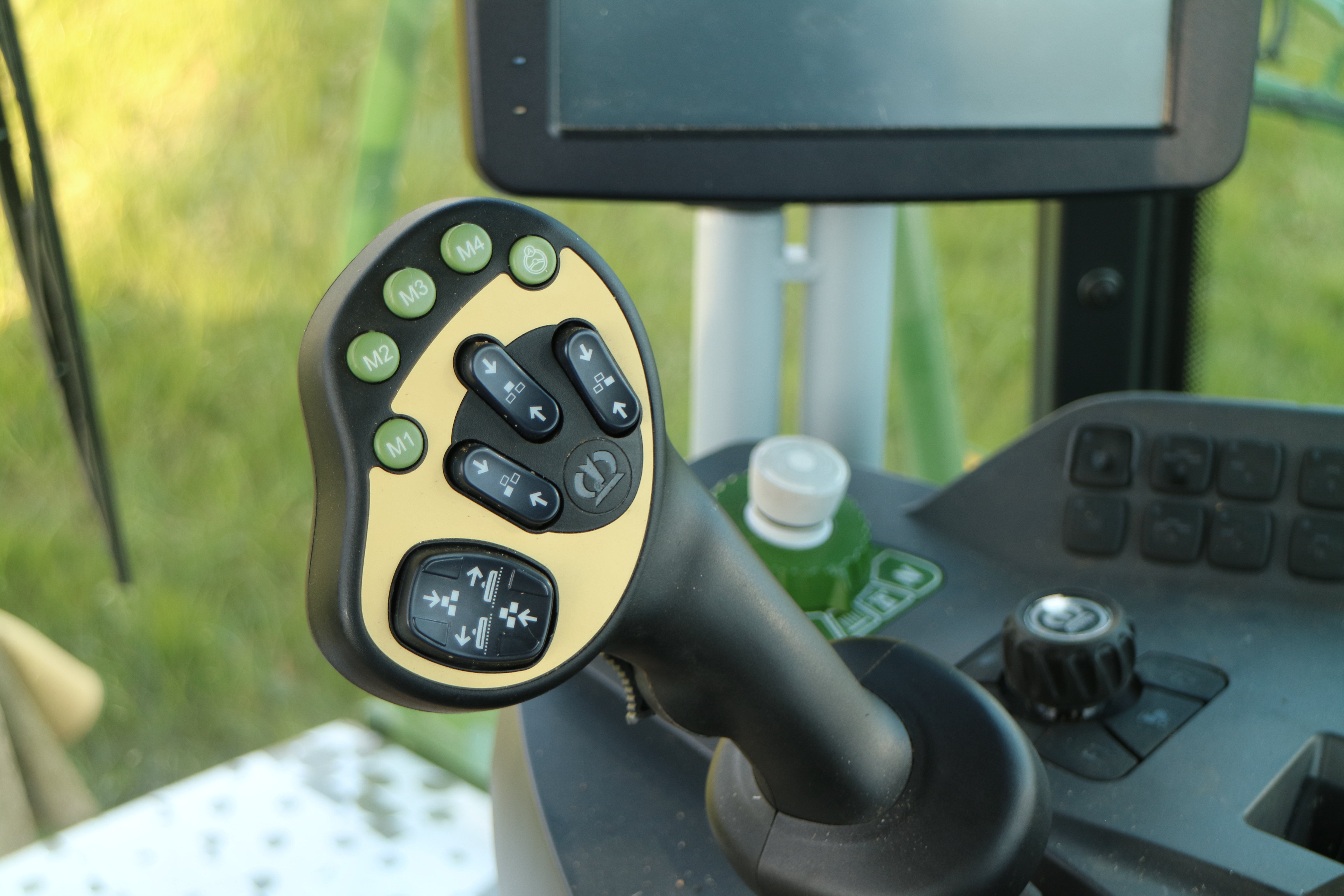 Is it an improvement? “It’s definitely a much better machine,” said a member of the contracting team. “Although the 420 was no bad machine, the new unit is more comfortable to use and it has more performance and output. We can easily cut over 200ac a day with this new version and still get home for tea. For me, the Big M is the only tool for the job.” 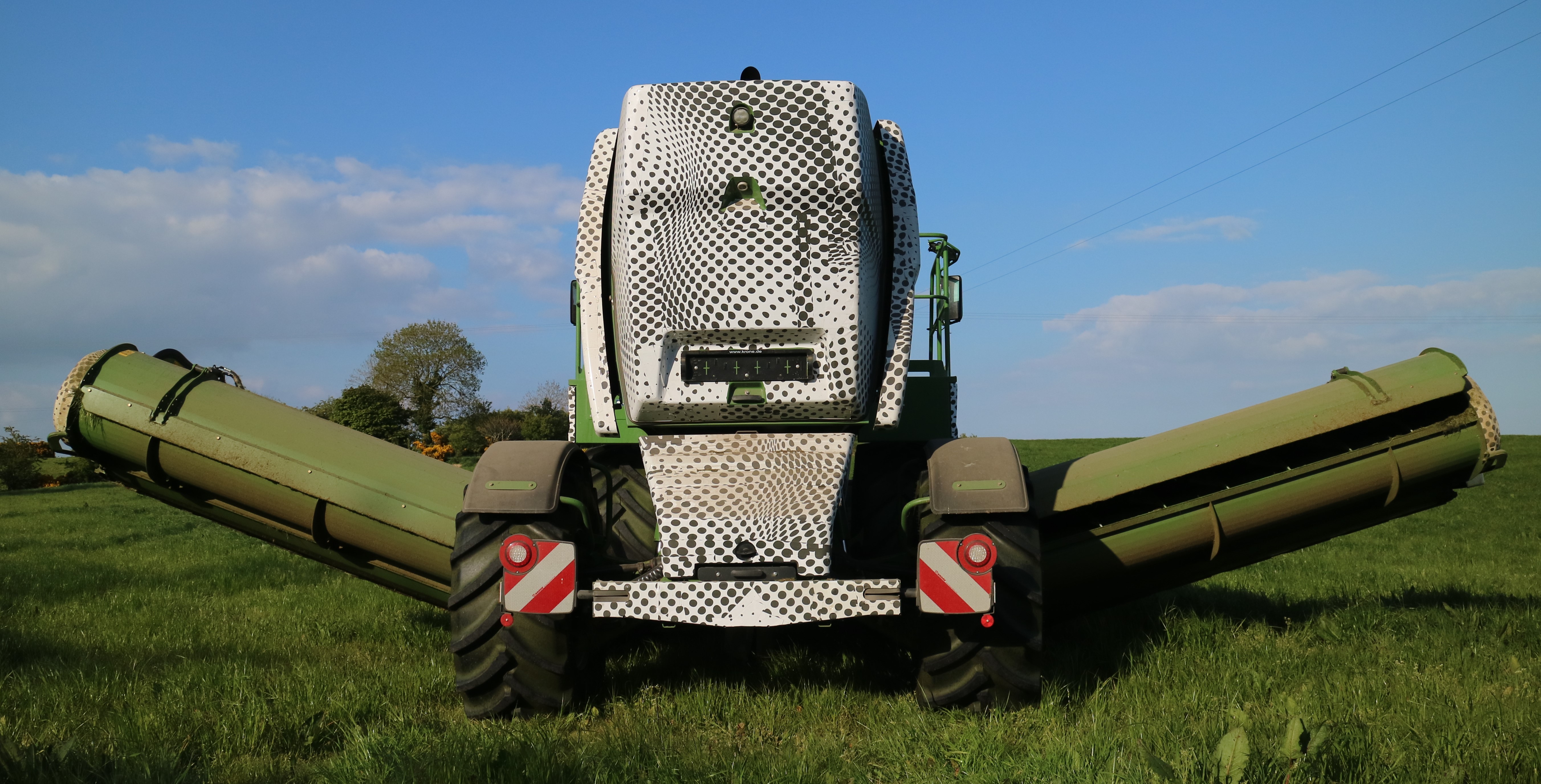 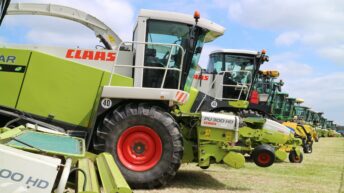 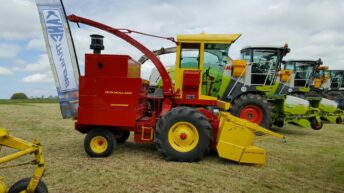 Pics: Great Grass Event is drawing to a close in Co. Meath