€6,000 in prizes up for grabs in rural clean-up initiative 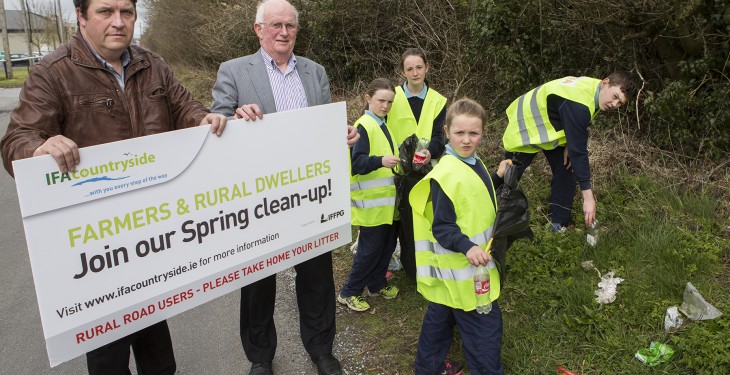 There is €6,000 in prizes up for grabs as part of the IFA and Irish Farm Film Producers Group’s (IFFPG) Rural Spring Clean initiative.

The IFFPG and the IFA have teamed up to encourage their members to participate in the initiative this April. “Once farm families register their clean-up activity then they have an opportunity to win one of five prizes with a total value of €6,000,” the IFA says.

To register a clean-up activity, the IFA says to do the clean-up in April, enter the details on the countryside website and attach before and after photos of the clean-up.

The IFA says that the initiative with the IFFPG, a Government licensed recycling compliance scheme, is part of the Association’s ongoing campaign to tackle the scourge of litter dumping by passing motorists in rural Ireland.

IFA Deputy President and Countryside Chairman, Tim O’Leary, said that littering by passing motorists is a real issue in rural Ireland. He said that the Department of Environment must step up their action in this area by introducing tougher penalties and ensuring that local authorities more effectively implement litter laws.

IFFPG Chairman Michael Slattery said that the initiative plays an important part in keeping our countryside tidy. “Farmers have a long record for supporting the recycling activity of IFFPG and I have no doubt that they will also support this worthwhile initiative”, Chairman Slattery said.