Police in the UK came across a problem of the woolly kind recently when they stopped a car on suspicion of having bald tyres but found it also had a sheep in the boot.

The driver of the car told the North Yorkshire Police that he had taken the sheep to McDonald’s for a treat.

It is reported that the car, a Peugeot 206, was stopped by officers who were policing the local roads and it was stopped on suspicion of having bald tyres.

However, when the officers got closer to the car they found there was a sheep in the boot of the car.

A spokesperson for the North Yorkshire Police said that the driver told the officer that “some people take their dogs in their cars, I take my sheep”.

The police tweeted the picture along with the caption: “Ewe have got to be kidding! Officers have just stopped this car which has two bald tyres and a sheep in the boot”.

They later tweeted that the driver “allegedly had just been through the “Golden Arches” drive through at Leeming Bar”. 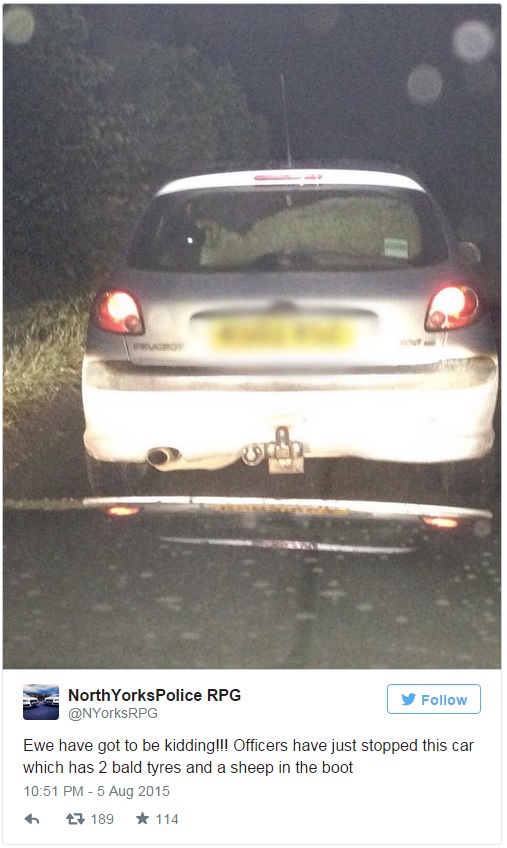 Ewe have got to be kidding!!! Officers have just stopped this car which has 2 bald tyres and a sheep in the boot pic.twitter.com/J7yM7wsDaS

Video: Watch one Kiwi farmer fly to work on his farm

First forage maize crops of 2021 to be planted shortly