Donegal Executive calls for IFA Executive Board to resign

IFA members in Donegal have declared a vote of no confidence in the National Executive Board of the association and have called for it to resign. 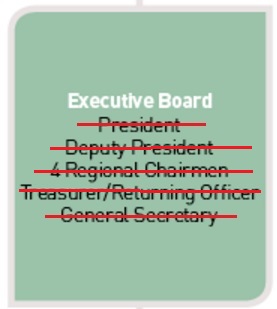 Donegal is one of the IFA’s strongest counties with over 30 branches and in the region of 3,000 members.

It was agreed at the meeting to send a resolution requesting “that the legal and accountancy advice given to the IFA be subject to scrutiny” in the review being carried out by Con Lucey.

Members also agreed that a resolution be sent to the IFA National Executive requesting that “an external independent auditor must be part of Con Lucey’s investigation” and that details be given of the salaries paid to IFA Presidents going back to the start of when payments were first made.

There was also backing for a resolution from the Tremone Branch requesting that Con Lucey’s report be made available to all branches, that that there be a full breakdown of the wage structure including wages, expenditure, pensions and bonuses.

The five branches Summerhill, Kilcloon, Moynalvey and Rathmoylan and Kiltally are reported to have voted for the entire Executive Board and regional Chairman to resign.

According to reports from the meeting, there was a unanimous call for the entire Executive Council has to resign – down to and including the regional Chairmen.

The room also vote for the abolition of levy deductions at factories. One man who attended the meeting say the factory levies are part the cause of the current controversy.