Disease to lead to pork shortages 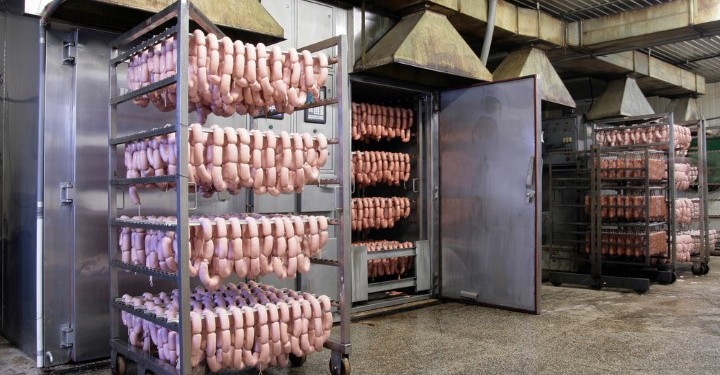 Pork shortages will be a key concern in many countries in the coming months according to the Rabobank Pork Quarterly Q2 report.

It says the ongoing spread of porcine epidemic diarrhoea virus (PEDv) in the Americas and Asia will have a material impact on pork supply both this summer and in the years to come.

“PEDv has been the driving force pushing up pork prices, especially in the US, to record highs,” said Rabobank analyst, Albert Vernooij. “US futures climbed 30% in Q1 and are up 45% over last year, impacting pork users and consumer’s ability to source enough pork for their needs.”

Rabobank believes the outbreak of PEDv in the US, Mexico, Japan and South Korea will lead to a likely decline in global pork production in 2014 (against an earlier expected 1.3% increase). In the US, where the PEDv outbreak has been most severe, Rabobank estimates that pork production could decline to mid-single digits (6-7%) in 2014 due to hog losses from the virus.

The report highlights that producers have not been required to report PEDv cases to the Department of Agriculture, making the impact on production unclear. The impact of PEDv in Asia, especially in Japan and SouthKorea, is sizable, but difficult to estimate as the spread of the disease is not known. In Russia, prices have spiked since its ban on EU pork imports, following the discovery of ASF in wild boars in Poland and Lithuania.

It says the ban means a loss of 1.3 million tonnes of pork imports, about one third of Russia’s total import volume in 2013. This has resulted in short supply and higher prices in Russia, but with North America expected to feel the impact of PEDv for the remainder of 2014, Russia will have few alternatives to fill the void left by the EU.

However Rabobank said: “Stress on global pork supplies is currently being eased by the supply glut in China, the world’s largest producer and consumer of pork. Rabobank believes that Chinese pork prices will continue to fall in Q2 and into Q3 2014, more than a year after the price decline began. Sow liquidation, which commenced in April, will drive prices lower this summer as supply and demand rebalance.”

Looking to the back half of the year, the continued sow liquidation should help Chinese pork prices recover by the end of Q3 2014 in line with the seasonal increase of China’s pork consumption.

“In China, pork consumption is expected to remain steady in 2014, as hog supply will continue to be at a relatively sufficient level,” commented Vernooij.