The Department of Agriculture maintains close contact with advisors and their representatives and will continue to listen, improve and adapt the new GLAS online system, the Minister for Agriculture Simon Coveney has said.

To date 9,119 new applications have already been created on the new system, which when first introduced received some criticism from advisors with some saying that it was not in working order.

However, Minister Coveney says the GLAS online system is a very powerful computer system which maps each and every land parcel in the country, identifying the particular environmental attributes present which must be protected, and the actions which are available for selection on the particular farm under GLAS. 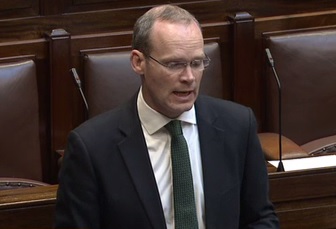 He says the system also provides advisors with the tools to prepare detailed and accurate farm-plans for their clients.

According to the Minister issues always emerge when any new system is first launched into the live environment.

“Particularly an environment with large numbers of clients and literally tens of thousands of potential variables across the farms being planned.

“My Department has been responding to these systematically, and has already delivered updated data to the system and new tools for the user.”

Overall, the Minister says the response to the new system has been very positive, and all recognise the enormous step forward it represents.