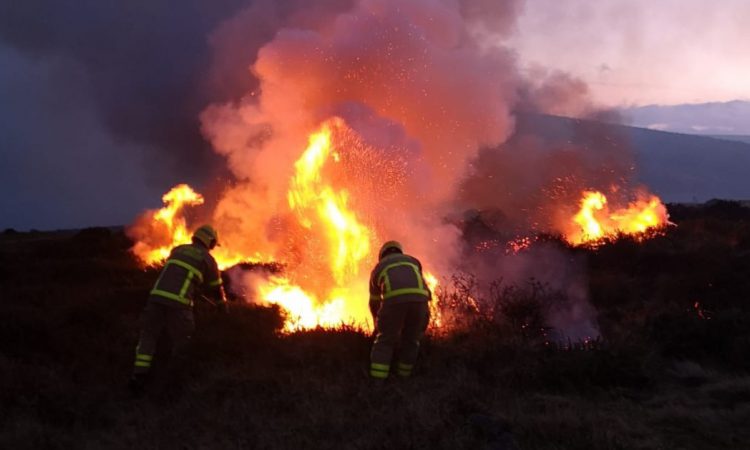 The Department of Agriculture, Food and the Marine has issued a Condition Orange – High Fire Risk warning for recent gorse fire incidents.

“Arising from current dry and sunny conditions associated with an Atlantic high pressure system, a high fire risk is deemed to exist in all areas where hazardous fuels such as dead grasses and shrub fuels such as heather and gorse exist,” the department said in the warning.

Based on recent fire incidents, most ignitions’ risks appear to be associated with illegal burning of upland vegetation.

Fire behaviour is likely to be influenced by increased fuel dessication during preceding days and moderate northerly and north easterly wind speeds, and increased caution is required during suppression operations, the department added. 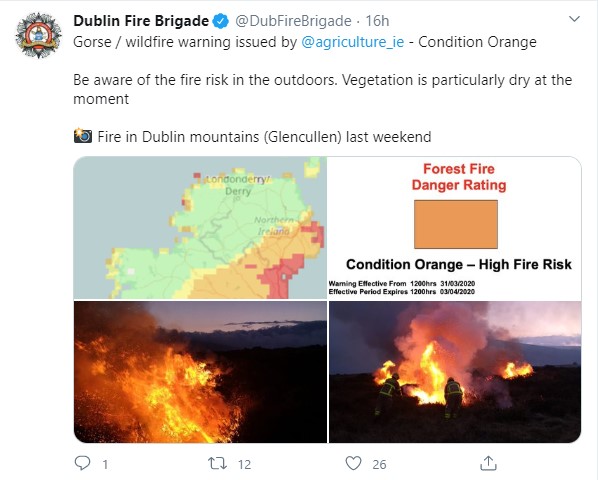 The warning comes following a number of gorse fires around the country with firefighters forced to battle blazes in counties Cork, Dublin, Wicklow and Kerry.

150ac of land burnt in Kerry

“Aside from diverting emergency services, it is illegal to burn land at this time and those that do face penalties.” 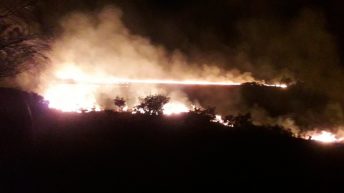