DeLaval appoints new MD for the UK and Ireland 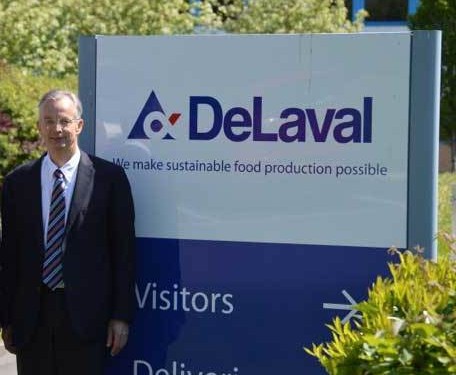 DeLaval has announced the appointment of Knut Ree as Managing Director DeLaval UK and Ireland. Knut brings with him over 30 years’ experience in the agriculture sector and most recently headed up DeLaval Norway. He takes over from Andrew Reece who will be retiring after almost 48 years at DeLaval.

“I am pleased that Knut has taken on this role as it fits perfectly with our increased commitment to the UK and Ireland market. The news comes as we gear up in our efforts to serve British and Irish farmers in helping them make their farms more profitable”, says Joakim Rosengren, CEO of DeLaval.

“I am very happy to receive the opportunity to work for the dealers and farmers in GB and Ireland. Having been part of the DeLaval team for more than five years now and having worked for DeLaval on the dealer side for many years before that, I know that we have a lot of solutions that will fit the farmers and make their daily work easier”, says Knut Ree.

Knut will be relocating to Cardiff and will together with his staff be focusing on close dealer cooperation to give even more farmers products and services for increased profitability and better animal health.

Meanwhile, DeLaval has confirmed to Agriland that the company has over 10,000 Voluntary Milking Systems (VMS) Working Worldwide. Significasntly, there are now a significant number of these units working in Ireland and an extensive network of DeLaval dealers with specialist personnel trained to install and service those dairy farms using the robotic milking system. It is equipped with one milk meter for each quarter to record time, yield, flow, conductivity and blood. Each teat is individually cleaned with warm water and air, then stimulated, pre-milked and dried before milking.

In 2009, their cow Danish K Topmos won the John Ibbotson Memorial Cup for producing the highest kgs of milk from a cow classified as Excellent during her lactation. Over a 305-day lactation she produced 11,091kg of milk and 997kg of milk solids.