The Cork Co. Sheriff, who visited the Kingston Craden Hill farm in December, said the vet who visited with her was ‘shocked’ at the condition of the animals at the time.

An affidavit from Cork Co. Sheriff Sinead McNamara to the High Court last week, states that she visited the farm on December 10, along with Sean O’Sullivan, a vet from Fermoy and both were shocked at the condition of the herd.

The affidavit contains details of a veterinary report from Sean O’Sullivan and states that the herd was in need of feed on December 11 when the Sheriff and vet first visited the farm. It goes on to say that Peter Kingston told the Sheriff and vet that he had ordered feed but that it hadn’t arrived yet.

The Sheriff also says that there was not enough suitable bedding for the herd and there was widespread lameness.

The vet’s report, which Agriland has also seen, states that the cows were of a Body Condition Score of 2. It also states that there was no vaccination programme for cows and calves on the farm, and the farm was also overstocked.

The report also criticises the housing infrastructures and that slurry pits were left exposed and there was no working cattle crush on the farm.

It also states that the somatic cell count on the farm was unacceptably high and a substantial segment of the rotary milking machine was not working.

Further, it states that the Sheriff was told that debtors had already taken machinery from the farm in the days prior to her arrival, while stones were placed in motor vehicles to stop them working.

The Sheriff says that approximately €100,000 was spent on preparation of the herd for auction, including veterinary fees, work on the property, maintenance of security, feeding of the herd, equipment hire and advertising costs of the auction.

The five-page veterinary report states that the vet visited the farm repeatedly from December 11 to April 7 and says a number of irregular farm practices were viewed on the farm, including water quality, lameness and poor record keeping.

However, Peter Kingston said the key questions to be asked about the veterinary report is how many animals died in the four months from December 11 when the Sheriff took control of the herd and how many had died in the previous four months.

Last week Peter Kingston, who farms at Novohal in Kinsale, was forced to sell his 950-pedigree cow herd after ACC Loan Management obtained a judgement against him for loans of almost €2.5m against him. 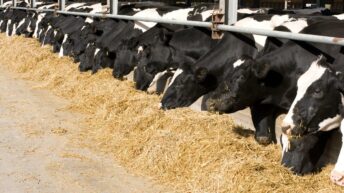 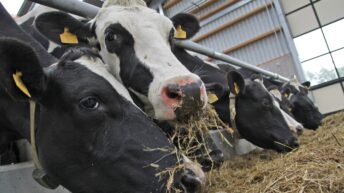 Peter Kingston: ‘My father has the funds to buy the cows’ as sale falls through