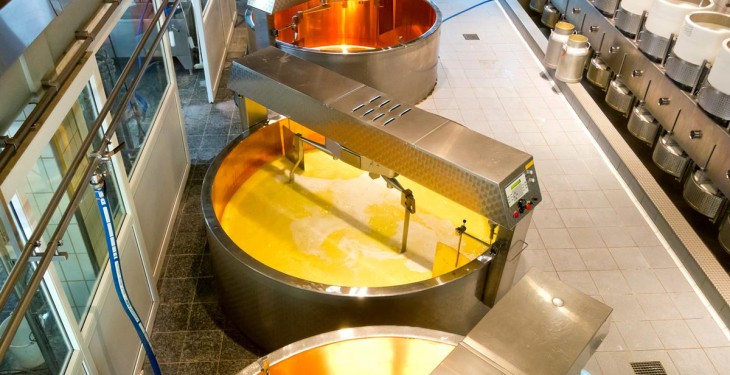 Norway’s largest farmer-owned co-op, TINE, is to commence planning for the construction of a new Jarlsberg cheese production facility in Ireland.

The project will see TINE form a partnership with Dairygold for the development of a new Jarlsberg Cheese production facility alongside Dairygold’s existing Speciality Cheese facility in Mogeely, Co Cork.

Details of the scale of the TINE investment or the job numbers involved have not yet been published.

Jarlsberg cheese is a mild, semi-soft cow’s milk cheese of Norwegian origin which resembles Swiss Emmental cheese, according to TINE.

Dairygold Chief Executive, Jim Woulf, said that Dairygold is pleased that TINE has chosen to invest in a new Jarlsberg production facility in Mogeely in partnership with Dairygold.

Dairygold currently produces Jarlsberg cheese for TINE in Mogeely, under a relationship that goes back over 10 years.

“The proposed new investment will enable TINE and Dairygold to further develop what is already a strong relationship between the two like-minded farmer-owned businesses.”

Commenting on the announcement, Dairygold Chairman James Lynch said the production of cheese is planned to commence in 2019.

“TINE’s decision to invest alongside Dairygold on the Mogeely site reflects a strong vote of confidence in the commitment of our farmers and staff to quality dairy production at all levels.”

The Minister for Agriculture, Michael Creed, said speciality Jarlsberg cheese will give Irish milk yet another welcome route to an internationally established cheese market.

“Adding value to top quality Irish milk is a key part of Ireland’s strategy for the development of the agri-food sector.

“This strategic partnership between one of Ireland’s premium farmer owned processors and a proven international cheese manufacturer is a perfect example of the contribution that sector is making to employment creation in the rural economy, and to the brand image of Ireland on international markets.”