The abolition of milk quotas in 2015 was a turning point for the Irish dairy industry, according to Teagasc’s Dr. Pat Dillon.

The Head of Animal & Grassland Research and Innovation Programme at Teagasc Moorepark welcomed thousands of visitors to Moorepark ’17 today.

Dillon mapped the journey undertaken by Irish farmers between 2013 and 2016 and highlighted how farmers have improved during this period.

“Dairy farm numbers have remained static; there are about 18,000 farmers with more than 20 cows.

The Teagasc programme head said that this increase in production was delivered through the breeding and nutritional programmes being utilised by Irish farmers.

On another positive note, Dillon said that there had also been a reduction in the cost of production witnessed at farm level over this period.

“That’s a very positive thing for the dairy industry and that was vital last year in terms of a low milk price.

“Other countries that had planned for increased production also increased costs and, as a result, they saw significant reductions in milk production.

“We were able to increase milk production with the abolition of quotas and, at farm level, the level of debt is low compared to our corresponding competitive countries in terms of milk production.

Dillon added: “There will always be challenges and opportunities. As an industry, we have been very successful so far, but we have to further capitalise on increases in milk production.”

On the opportunities that lie ahead, Dillon said that there is going to be continued demand for dairy products going forward.

“Demand is increasing by 1-2% per year and all forecasts say that this will continue to increase. There are opportunities there in the world market to increase production.

“That increased demand will come from developing regions like China, Asia and Africa.

He added that Ireland’s predominately grass-based system is a major strength. Recent research carried out in Moorepark has shown that the cheese and milk produced from grass-based cows is superior in terms of nutrition than cows managed under an indoor or confinement system.

“We have an advantage there and we need to capitalise on it,” he concluded. 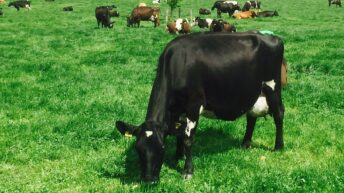 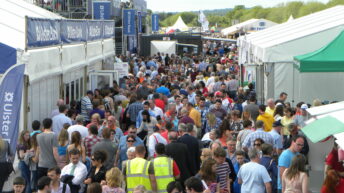