Dairy farmers are facing real problems next spring according to Shane Fitzgerald, a dairy farmer from Co. Cork.

Speaking at the Ploughing Championships, the Glanbia supplier said the issue is not what has happened in the past nine months, but what is coming down the line next spring.

“This year was good for grass and weather but the outlook for milk prices is not looking great.”

He told the dairy farmers at Glanbia’s stand that because he has been cross breeding he has been getting 4-5c/L above the average.

“I don’t the issue is what has happened in the past nine months, but what is coming down the line in the next nine months and next spring and dairy farmers need to be very wary with super levy and tax bills – where is the price going to be next  spring when their fat and protein is probably before the average.” 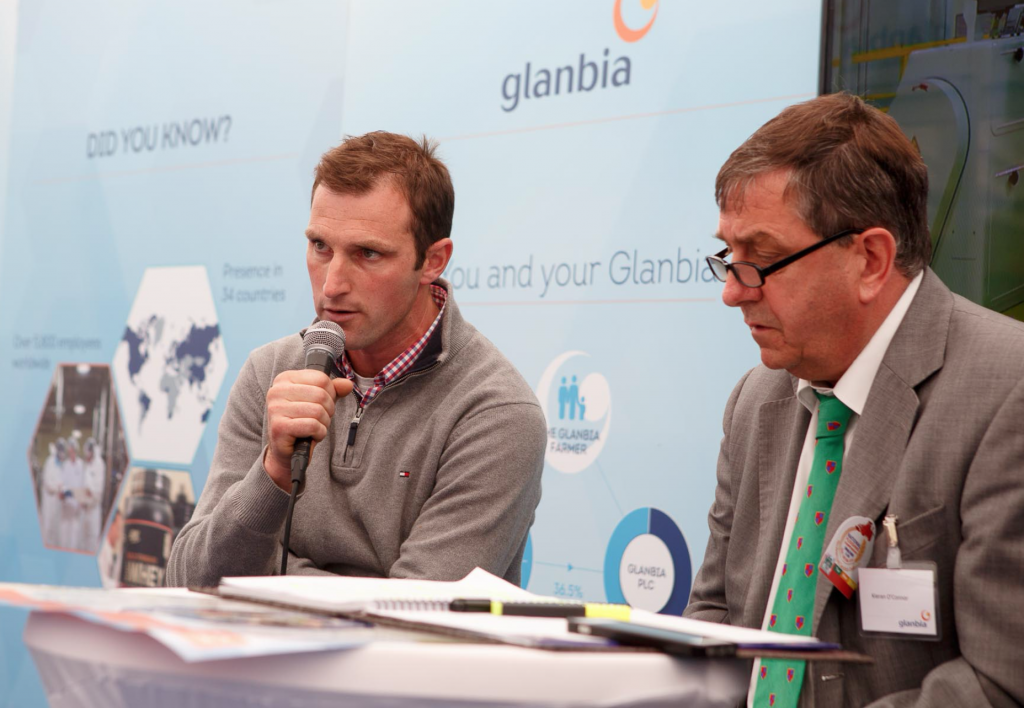 He said dairy farmers need to put a plan in place now to deal with this. “It’s vitally important and you need to do it now. You can’t be waiting until next January or February when you are up to your eyeballs in cows calving and then you’re looking at the bank account and you’re heading towards the end of the overdraft.

“A few simple figures – the bills you have to pay throughout the year and your drawings on the family home, you’d write it down in a few minutes. But it’s vital to have a plan going forward.”

Shane is farming near Conna, Cork, and took over this farm from his father in 2008 and since then has increased to 180 cows and has stuck with that for the last number of years.

He went into a partnership with his uncle three years ago which saw the land base grow and they hope to go to 260 cows next year from 220 this year.

Initially he said, health issues were the main difficulties expansion threw up. “We had every type of virus going in the herd, but you learn how to deal with that. My advice is to build up a herd profile and know what you have and what you want to vaccinate.”

Enniscorthy farmer Gerald Dunne, who is farming with his son, producing 50% of the milk during the winter and the rest in the spring said grass and crops were exceptional in 2015 and they have seen very significant improvements in their milk solids.

Gerald’s advice was to look at every cost over the coming months.

“Dairy farmers will have to be watching every ounce of expenditure – whether its meal feeding or any extra investment in the farm – it needs to be seriously questioned.”

Buying fertiliser? Issue of supply to dominate in coming weeks