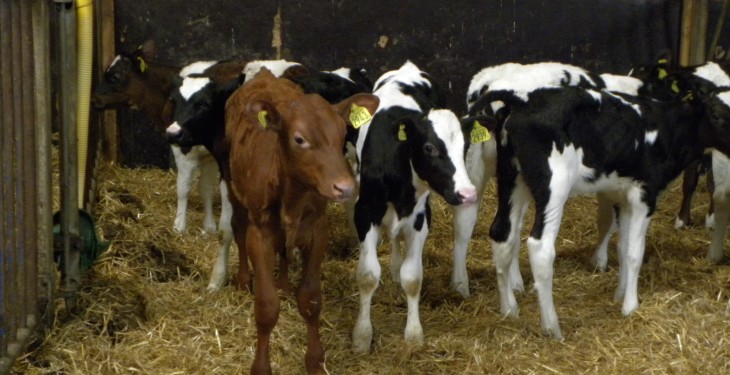 It is better to promptly and humanely slaughter unwanted dairy bull calves born this spring than for them to be mistreated or exported.

That’s according to Phil Brooke, scientist and Spokesperson for the UK-based Compassion in World Farming (CIWF).

His comments were in response to reports that some Irish farmers are finding it difficult to give away, let alone sell, dairy bull calves especially Jersey-cross ‘bobby’ calves since calving commenced in January.

Similar to some other breeds, it is understood that those Jersey-cross bull calves, which do find a temporary home on other farms, are often exported soon afterwards.

“We think dairy bull calves should be reared for beef or veal in humane systems and they shouldn’t be exported. They also should not be shot at birth, but that is preferable to mistreatment,” Brooke said.

“The truth is that there are worse things than death, but we should be finding good uses for these animals that still allows them to have good lives.”

Brooke said if this cannot be achieved the unwanted calves should be slaughtered promptly and humanely, as mistreatment is always unacceptable.

“Calves are exported when they are very young, but the evidence is that they do not show a proper stress response to long-distance travel in the first few weeks after birth.”

He added that there is a high death rate among calves exported in the their first few weeks of their lives, not just on the export journey but in the weeks following the journey.

“That death rate is partly attributable to them not having enough adaptations to cope with the rigours of the journey, and partly down to them not being fed colostrum properly in the first few hours after birth, which is absolutely crucial to their survival.”

Compassion in World Farming was founded in 1967 by a British farmer in response to the development of modern, intensive factory farming. It is now a global movement for change in food and farming.

Its food business team works with some of the world’s biggest food retailers, producers and manufacturers in order to achieve a more ethical and sustainable food supply.