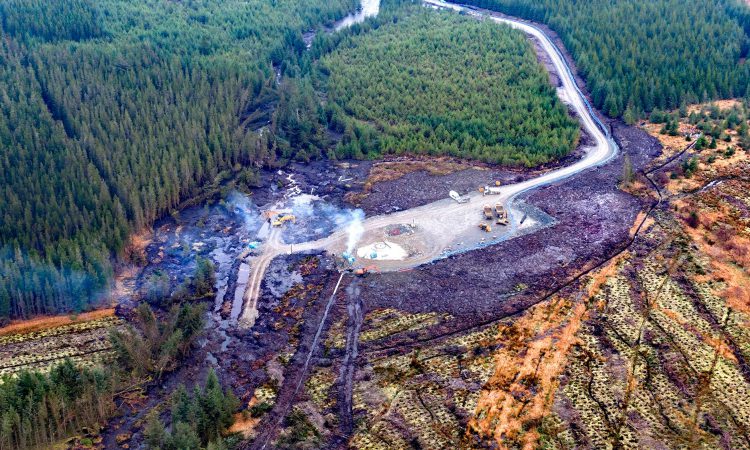 A criminal investigation has been launched into a devastating landslide which transformed a natural beauty spot in the north-west into a murky “black porridge”.

Shocking footage of the incident in Mid-November was viewed by thousands online as it showed thousands of tonnes of peat slipping downstream from the top end of the Mourne Beg River in Donegal.

John McCartney, director of conservation and protection at the Loughs Agency, told the Stormont Agriculture, Environment and Rural Affairs Committee on Thursday (January 21) that the resulting damage had been so significant that it had affected fisheries downstream in Northern Ireland several miles from the site.

The committee also heard that NI Water had to stop its abstraction from the River Derg at Ardstraw following the incident.

However, McCartney added he was not aware of any issues to drinking water following the incident.

“This slip is currently under criminal investigation, so the committee will understand that I am unable to name particular parties under investigation. But I can say that we are in the latter stages of initial data collection,” he said.

McCartney explained the peat slip had a significant effect on the Mourne Beg River – a highly prized river with Areas of Special Scientific Interest (ASSI) designation.

Two working groups have been established – one working almost entirely on restoration efforts while the other focuses on enforcement issues.

“The investigation has been complicated because the incident itself occurred in the Republic and obviously the principal effects were in Northern Ireland, and those effects included the direct effects on the Mournebeg Fishery,” McCartney explained, adding that the investigation had received “significant support” from the Irish Environmental Protection Agency and National Parks and Wildlife Service.

“…We still trying to collate background data and impact data on the river.”

…I say this with a degree of trepidation but the site is stable at the moment; the developer has stopped all wind farm development works and is working principally on those works to contain and manage the water and any moving peat on the site.

“The company has also engaged a variety of consultants, engineers and ecologists to feed information into the longer-term way forward.

“The next stage for us is to look in detail at restoration plans – to look at what we need to do to bring Mourne Beg River back to its previous position and full potential,” McCartney concluded. 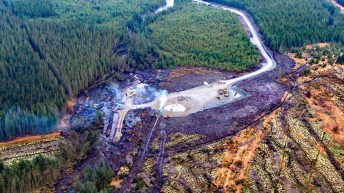 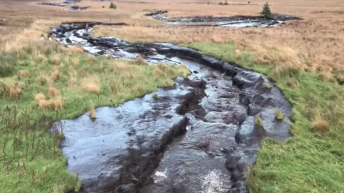