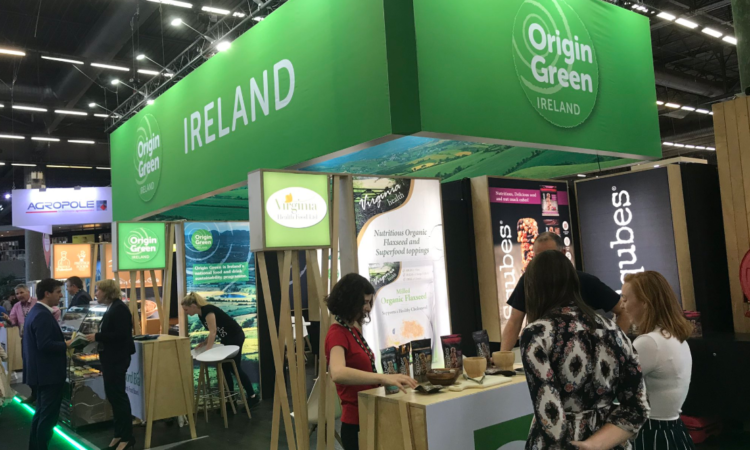 There are “huge opportunities” for the Irish agri-food industry within the EU, according to Minister for Foreign Affairs Simon Coveney.

Speaking at the North Tipperary Irish Farmers’ Association (IFA) county executive annual general meeting (AGM) earlier this week on Tuesday, January 12, the minister voiced his views that, while the UK will remain a key market for Ireland, we should be looking to improve export opportunities elsewhere also.

During the meeting, Minister Coveney said: “There are as many protections as we could have designed into the [Brexit] deal – but that doesn’t mean that we don’t need to be certainly aware of potential risks in terms of future policy decisions made in Westminster and how we may react to it.

“Over time, whether we look to create other markets away from the UK that we reduce our, what I would regard as, over-reliance on the British market for the food that we produce.”

When asked by AgriLand as to what other markets he believes we should be looking at, he said:

I think there are huge opportunities within the EU for the food industry. I think we can do a lot more in some of the traditional markets like France, Spain and Germany.

“These are markets that appreciate quality – and we have it when it comes to beef, dairy and lamb, and other products.

“As we focus more on the rest of the EU single market and perhaps less on the UK in the future, I think the idea that you would try to increase market share in China or in Canada or the US or Vietnam or Dubai – these are all exciting markets and I’ve been on trade missions to most of them.

“There are opportunities there – but when you have direct shipping into Belgium, France, the Netherlands, and we produce food that we know they like, I think there are opportunities to build and increase market share across the EU; and perhaps to move into some of the markets where we don’t have a big [share] towards the eastern side of the EU.

I’m a big believer in continuing to sell more into China if we can; [but] there have been some obstacles on beef in that, as you know.

“I think China is an exciting market but it’s not as stable a market as the EU in the future; and so I think we need to be aware of that but also capitalise on the opportunities that are there.”

‘I love talking with farmers’

During the meeting, the minister voiced his appreciation for a change of audience in recent times.

“I’m delighted to be talking to you; I love talking with farmers about agriculture and agri-food.

As a former minister I still have a real passion for this sector, whether that’s on our home farm or working with farmers in the context of Brexit or indeed many of the other issues that you face.

“It’s a very welcome change for me not to be speaking to business groups and stakeholders and trade unions and politicians about Brexit – and instead to be speaking to farmers and farm families this evening,” he said.

North Tipperary IFA chairwoman Imelda Walsh underlined the importance of agriculture and the wider agri-food sector to the county of Tipperary, pointing to the fact that 10,000 people are employed at farm level, with more working in food and drink processing:

The value of Tipperary agri exports is €917 million – highlighting the importance and significance of agriculture to our rural towns and villages in addition to the exchequer.

Noting the impact a no-deal Brexit could have had on the county, Walsh said that “farmers breathed a sigh of relief here when a deal was finally reached”. 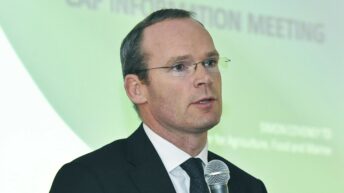 Coveney: ‘There are new risks now with the British market’