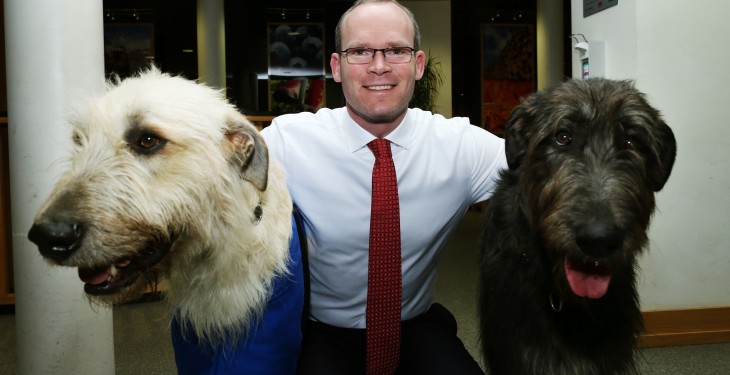 Farm Minister Simon Coveney has confirmed that he will hold a conference on the issue of animal welfare in Dublin Castle on May 16th.

“This is a major new step in animal welfare legislation in Ireland and I think it will be important to introduce and explain what is happening to many of those involved.”

Minister Coveney said “The Animal Health and Welfare Act is an important piece of legislation, bringing together and modernising many existing laws in the area of animal health and welfare and I am delighted to bring it into effect. Given that the Protection of Animals Act dates from 1911 and the Diseases of Animals Act dates from 1966, there is an obvious need to make our animal health and welfare law fit for purpose in the 21st Century. This was a major priority for me and I am very pleased that this Act is now in place’’.

Minister Coveney also confirmed that that the Act brings the areas of both animal health and welfare together under one legislative framework for the first time. In this context, he went on to say

“While in the past animal welfare and animal health may have been seen as separate issues, the Act recognises that they are closely related and in many cases inter-dependent and that synergy can be gained by bringing them together under one legislative roof. Where either health or welfare breaks down, it often has consequences for the other”

The Minister said that the Act, by placing the concepts of prevention, risk assessment and biosecurity at the heart of our legislation relating to animal health and welfare, puts Ireland to the fore of best international practice. Minister Coveney noted that the Act strengthens the already existing protections for animals in Irish Law. For the first time judges will be granted specific powers to prevent persons convicted of cruelty to, or failing to protect the welfare of animals from owning or working with animals. In the case of dog fights, the range of evidence which courts can consider has been expanded to include attendance at a dog fight, which should make conviction easier.