New season potato planting to get underway next week 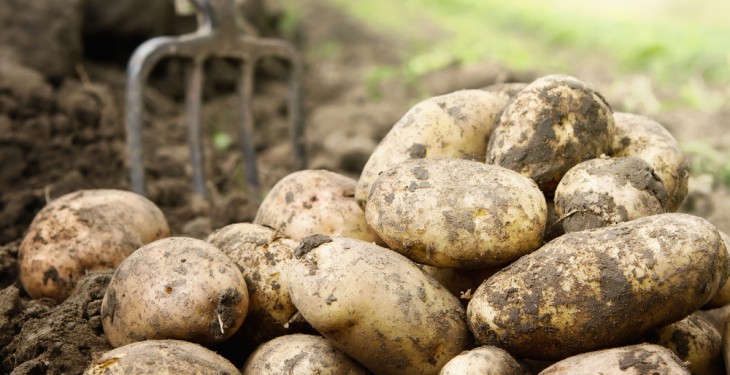 With the expectation of high pressure building and soils drying out, there is every prospect of early potato growers getting new season crop into the ground over the coming days.

“Soil temperatures are high enough to justify planting: the problem up to now  has been the high moisture levels in soils throughout the country,” Teagasc’s John Pettit told AgriLand.

“So yes there’s every prospect that growers will push ahead with planting operations over the coming days. But that’s assuming the current weather forecasts are accurate.

“Normally growers would try to have new season crop in the ground by the beginning of February. So the industry is currently a month behind its normal timetable.”

John continued “There is every likelihood that early growers will plant out crops under fleece. This will help to further heat up the soil and improve growing conditions.

“The weather over the coming weeks will determine the progress made by this year’s early potatoes. If temperatures rise, then growth rates will increase accordingly. However it’s unlikely, irrespective of the weather coming our way, that growers will be in a position to start digging before the middle of June. Chitting will also allow growers shorten the growing season

John Pettit went on to confirm that the varieties British Queen and Home Guard continue to dominate the early potato sector.

“It is a very traditional industry,” he added.

“And, increasingly the window of opportunity to maximise the value of these specific crops is becoming smaller.

“Recent years have seen a number of growers commit to growing early season Rooster crops as an offering to the market in late July.

“Rooster is by no means an early potato variety and the land type required to grow the crop will not dry out properly for at least another month.

“However, we are now seeing an almost seamless transition from the traditional early potato market into the maincrop potato season.”