Could this ‘driverless’ dumper have a role in farming? 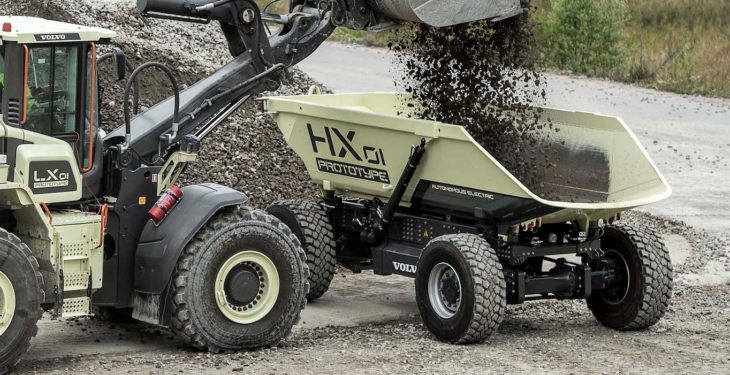 Volvo CE (Volvo Construction Equipment) is no stranger to pushing the technology envelope; nor is the brand any stranger to Irish farming.

Volvo-badged loading shovels are a common sight on silage pits all over Ireland every summer.

Among the more recent innovations from the construction giant is the ‘HX1‘ concept machine. It’s an autonomous, battery-powered load carrier – an electric, ‘driverless‘ dump-truck (pictured below) in other words. 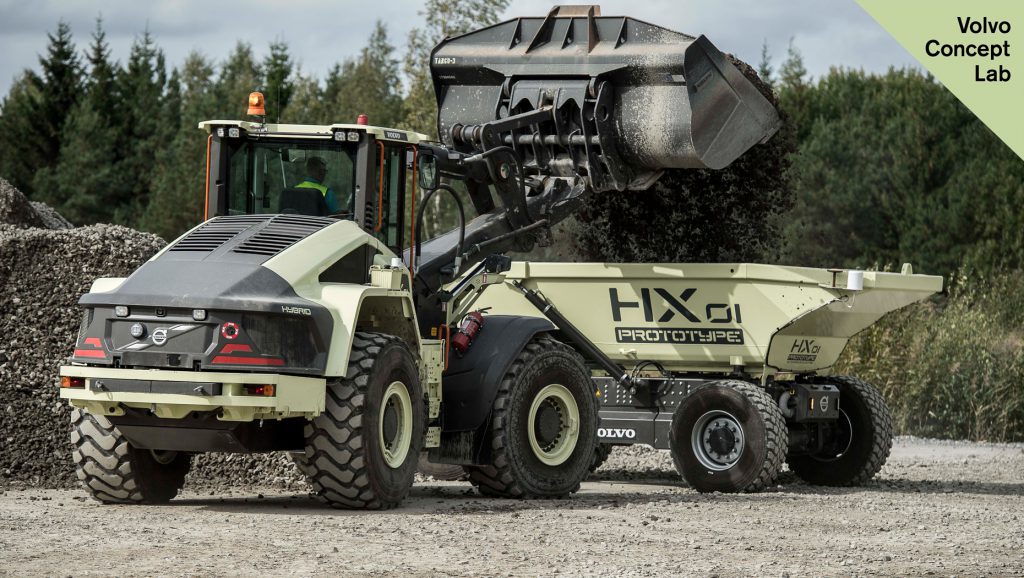 The prototype machine is just one element of an ‘electric site research project’ being run by Volvo CE. It says that the technologies being trialled on this site could result in a 95% reduction in carbon emissions and, importantly, up to a 25% reduction in the total cost of ownership of the machines involved.

As well as a fleet of HX1s, other prototype machines that make up the electric site system include a hybrid wheel loader and a grid-connected excavator. The technology in use there includes machine and fleet control systems, as well as systems to enable electrically-powered machines to operate in a remote location.

The HX1 concept machine has not gone unnoticed in the engineering world; it was recently given two high-profile awards – the ‘International Quality Innovation Award’ and the ‘Innovation of Innovations Award’.

It is currently being used as an electric transport machine in a quarry, ferrying material from excavation to primary crushing and, again, to secondary crushing.

However, if such a machine can perform these tasks in an environment such as a quarry is there a role for a similar (perhaps smaller) machine in agriculture?

Certainly, companies in the farming sphere are working hard to perfect ‘driverless’ diet feeders. Like the HX1, a diet feeder operates in a defined, controlled environment – following a familiar route each day.

Also Read: A ‘world’s first’ from Strautmann: A diet feeder that needs no driver

German manufacturer Strautmann is one such company; its so-called Verti-Q builds on the existing self-propelled Verti-Mix SF mixer wagon (diet feeder), converting the machine into a completely autonomous (driverless) unit.

That machine, like the HX1, is already in use – albeit as part of a trial. Tests and limited availability on commercial farms are planned for the middle of next year.

What other ‘driverless‘ machines are on the horizon? 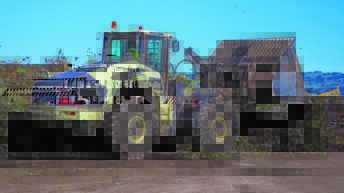 ‘Electric-drive’ Cat: Is this new, big shovel a sign of things to come elsewhere?