Compound feed per cow increased at a faster annual rate than milk output per cow since 1990 despite decreases in recent years in milk to compound price ratio, according to Professor Mike Wilkinson of Nottingham University.

Speaking at the launch of Keenan Systems new InTouch AgriTech recently he said extra profit from higher milk output is being eroded as a result.

According to Prof. Wilkinson the challenge is to increase milk output per unit of concentrate input by improving accuracy of diet formulation and improved feed management.

He outlined the population of dairy cows in the Irish Republic deceased by 20% between 1990 and 2011 but average annual milk yield per cow increased by 38% during the period. 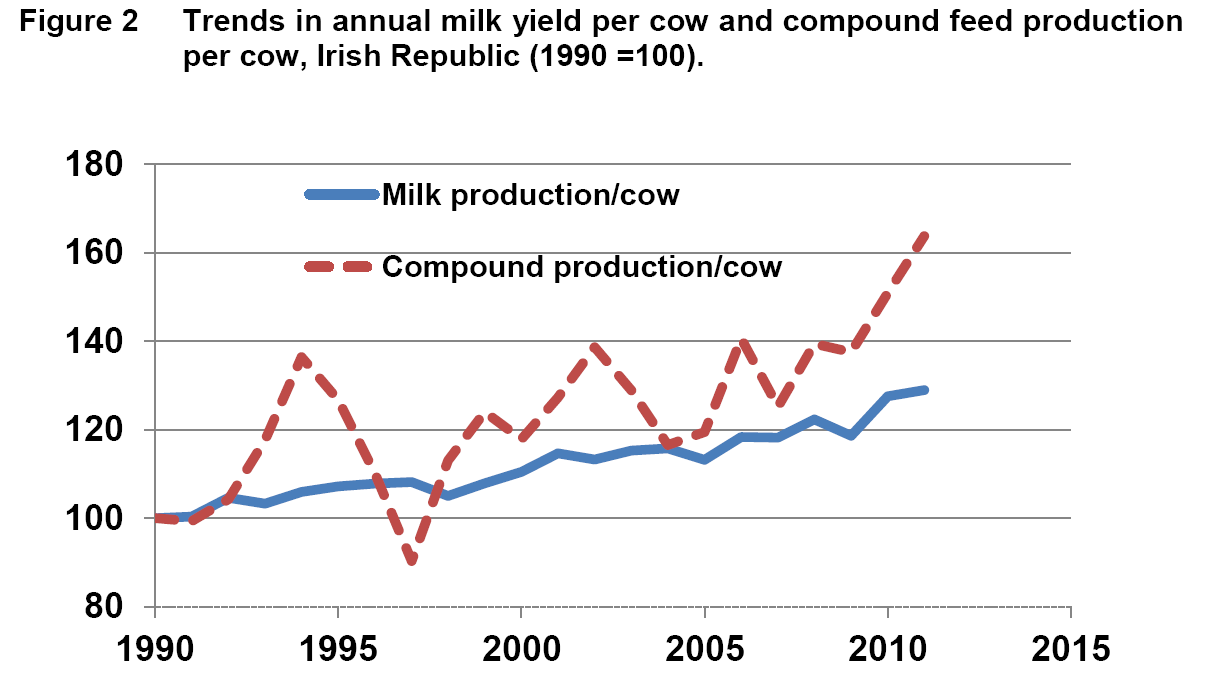 Prof Wilkinson said all the data indicates poor incremental profit on increased milk yield since 2005 due to i) the faster rate of increase in concentrate input relative to the increase in milk output and ii) the narrowing milk to feed price ratio. Combined, the two effects largely eliminate the added profit that would have been expected from the extra milk production per cow.

He said future challenges to milk producers include increasing milk output per unit of concentrate input, especially if there are further reductions in milk to feed price ratio, through improved feed management and more accurate diet formulation.