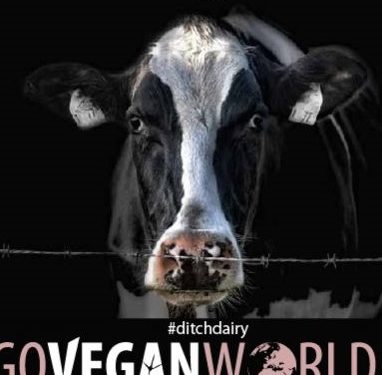 The UK’s Advertising Standards Authority (ASA) has rejected complaints relating to an Irish vegan campaign using adverts with the slogan “humane milk is a myth”.

The ad, depicting a cow behind a barbed wire and featuring the hashtag “ditch dairy”, first appeared in the Sunday Telegraph in February and received seven objections, including from people “with experience of working in the dairy industry”.

Allegations that the ad was misleading because it used phrases like “mothers, still bloody from birth” and “fresh from their mothers’ wombs”, were dismissed on the grounds that they did not suggest farmers were breaching animal welfare standards.

Meath-based campaigners, Go Vegan World, argued that the ads simply highlighted the fact that calves were removed from their mothers during the neonatal period, and that all mammals were typically bloody from birth for more than two weeks after delivery.

However, the campaigners did not suggest calves were separated before 12 to 24 hours as recommended by the UK’s Department for Environment, Food and Rural Affairs (Defra), according to the ASA.

“Although the language used to express the claims was emotional and hard-hitting, we understood it was the case that calves were generally separated from their mothers very soon after birth, and we therefore concluded that the ad was unlikely to materially mislead readers,” the ruling said.

The campaigners claimed that most consumers believe farmers are doing cows a favour by milking them after birth, and are unaware of the use of artificial insemination to generate long-term lactation.

Reacting to the ruling, the group said: “Whilst Go Vegan World has been vindicated, it must be noted that some involved in the dairy industry have attempted to have the ad withdrawn, thereby preventing people from learning the truth.

If they think the industry they are involved in is fair or humane, why do they try to silence us? Many dairy farmers are deeply troubled by the injustice they have to inflict on animals in order to sell their milk.

“Go Vegan World encourages them to get in touch so that we can help them to find an alternative that does not involve animal exploitation.” 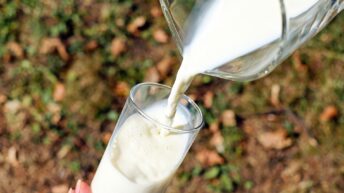