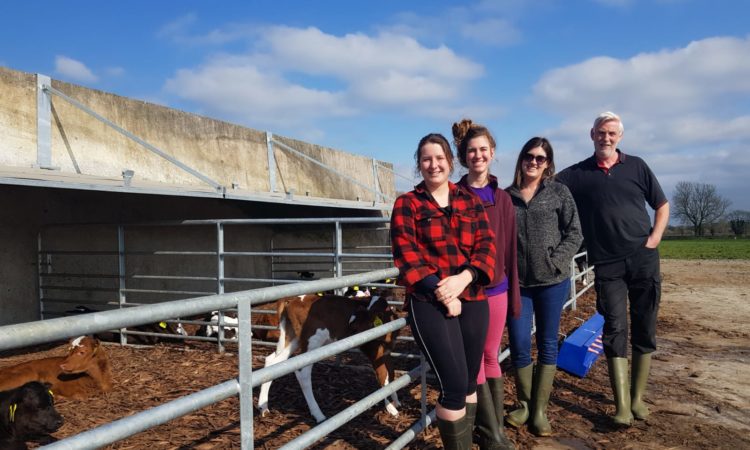 With calving on dairy farms not that far away, AgriLand decided to look back to when a Meath-based farmer decided to convert his idle silage slab at the time into extra calf housing space.

The farmer in question Mark Cassidy runs a herd of 370 spring-calving dairy cows, which has grown in considerable size over the last few years. The plan for the farm in 2021 is to be milking up to 400 cows.

The increase in cow numbers has put considerable strain on his current facilities – especially his calf house.

The calf house on the farm can hold up to 90 calves. However, due to the fact calves have to be kept on the farm for at least 10 days, Mark had to find a way of housing the extra calves that were due to arrive this spring.

So, after chatting to a friend of his who had sent him a photo of a calf housing design, he came up with the idea of using his silage pit as a temporary housing facility.

Work began on the new build last November; Mark knew there would be plenty of idle space available where the pit of silage is by the time the cows were due to calve.

So, to make use of this space, he decided that he would house his newborn calves on it.

He got in contact with a local contractor, called Enda Loughran of E3D Steel Design, who was able to make him the front gates and the canopy for the new unit.

The canopy is hooked over the silage wall and can be easily removed. The side gates were purchased from a local hardware store.

The canopy covers over half of the pens. In total, there are five pens, which can “house up to 90 calves comfortably”. 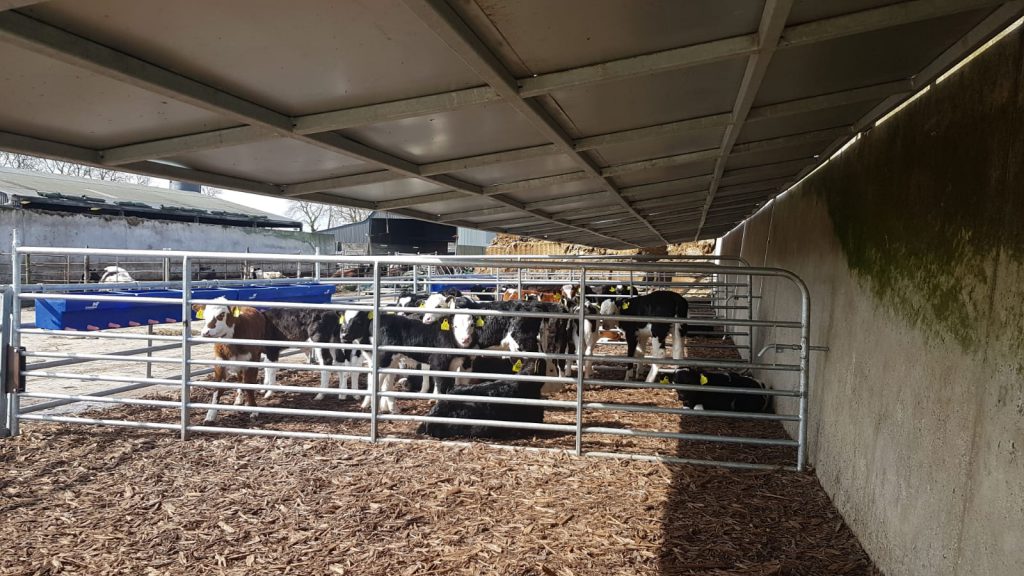 None of the gates are permanently fixed into the ground, which means he can take them down after he is finished with them and have the pit free for when he is ready to fill it with silage again.

The calves are bedded with wood chip, which Mark says is a “great job”.

“I can fit up to 90 calves in the five pens, which really takes the pressure off the other shed and it allows me to make use of the idle silage pit.

“The calves seem very happy in it. Looking at it you might think it’s a bit too open and cold for the calves, but it’s exactly the opposite.

I attached plywood boards onto the gates to reduce the risk of any draughts.

“Moreover, if the weather does turn very cold, I stack a few bales at either end of the canopy, which helps to prevent the calves from becoming cold.

“When all the calves are huddled in under the canopy and lying down, it makes for a warm and cosy environment for them to rest on.” 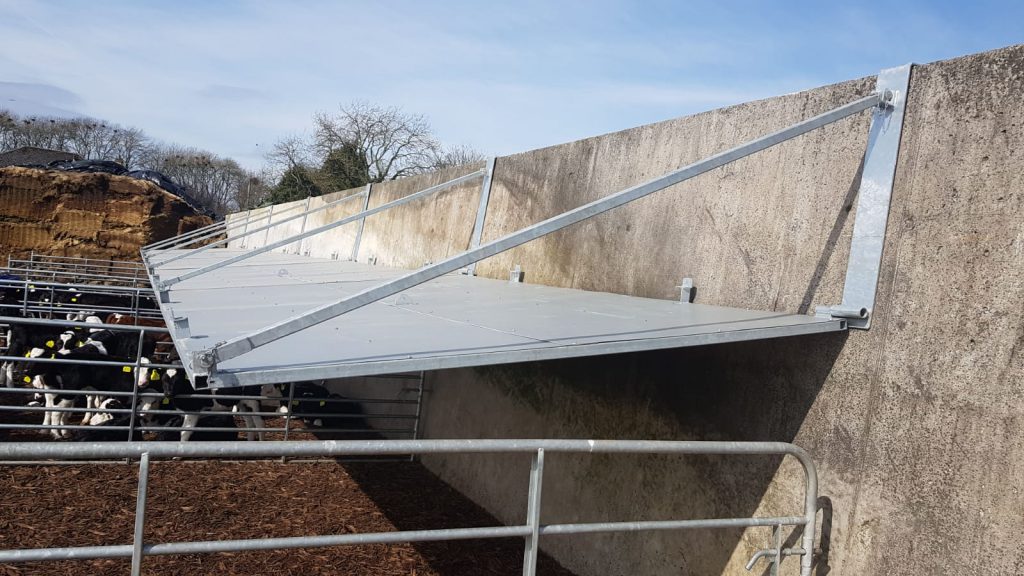 Mark explained: “The fact that I can take it down and put it back up whenever I want is a massive bonus. It takes no time to set up and it has saved me a lot of money.

There is also no hassle cleaning it out either. Two scoops of the bucket with the tractor and it’s done.

“As well as being cheaper, I think it is actually very healthy for the calves. I have had no problems with any calves being sick. They are in a well-ventilated environment and thankfully they seem to be doing well in it.” 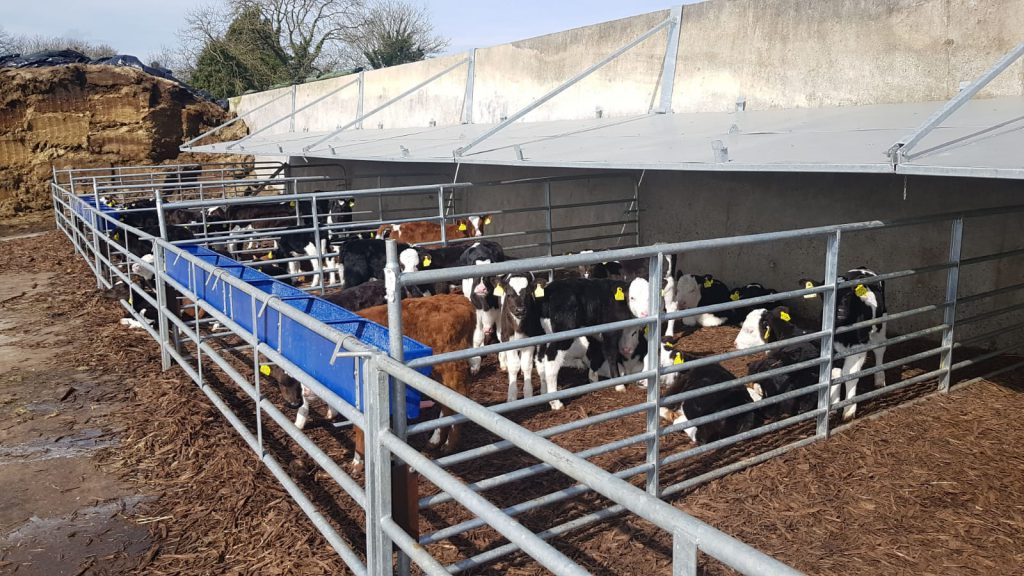 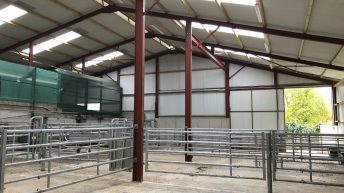