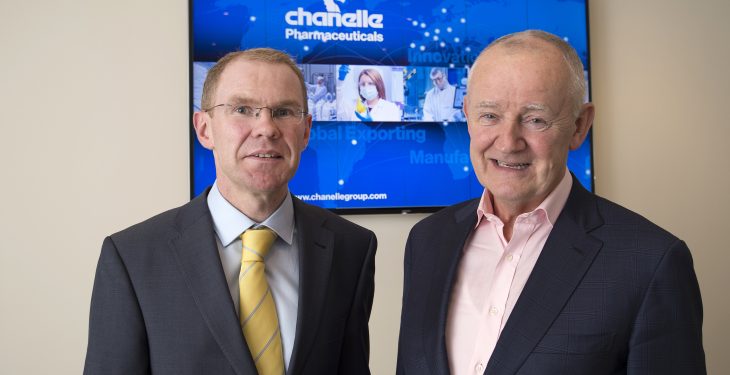 The Chanelle Group, one of Ireland’s largest pharmaceuticals manufacturers, has appointed David Kelly as General Manager.

Kelly joins the company from medical device company ArraVasc, where he served as Chief Financial Officer.

Previously he has served as Head of Finance for Chanelle Group from 2006 to 2008 and has held senior financial management positions in Irish, multinational and publicly quoted companies including Boston Scientific, Aryzta plc and Aer Rianta International.

Commenting on David Kelly’s appointment, Michael Burke, founder, Chanelle Group said the Group has ambitious plans for the company over the next five years, growing the team to over 550 people and expanding into new markets.

“Our product pipeline is very strong and with continued investment in R&D we plan to launch 75 new products in both human and veterinary healthcare over the coming years.”

David’s extensive industry experience in the healthcare sector as well as his knowledge of Chanelle Group will be invaluable to us as we realise these plans.

Upon his appointment, David Kelly said that innovation-led company is now exporting to over 80 countries worldwide and is embarking on an expansion programme which will strongly position the company for future growth.

“Michael Burke has grown the company to its leading position today and I am delighted to work with Michael and the team as we lead the company in its next phase of growth.”

Kelly holds a first class honours degree in Accounting and Finance, a Masters in Business Studies from Dublin City University and a Postgraduate Diploma in Strategy and Innovation from the Irish Management Institute.