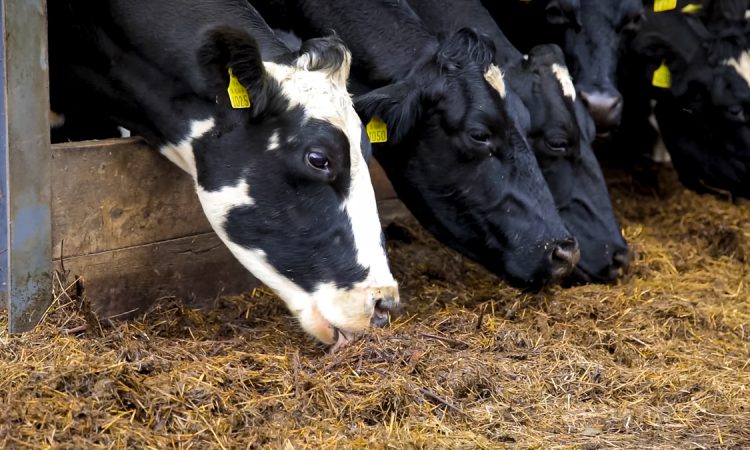 Cows are especially vulnerable to health disorders like this during the transition period and approximately 75% of disease incidence (mastitis, metritis, ketosis, abomasal displacement, etc.) occurs in the first month of lactation (LeBlanc et al., 2006), in particular the first 10 days after calving (Ingvartsen et al., 2003), coinciding with the most rapid increase in milk yield.

During the dry period the growth rate of the unborn calf is at its highest and all the trace minerals needed come from the dam.

Newborn calves are very dependent for survival on the Cu and Se transferred before birth, so appropriate trace mineral support to pre-calving cows is critical to the body stores of the newborn.

Maternal Cu deficiency has been linked to increased mortality and morbidity in calves, and abnormalities in the offspring (Hidiroglou et al., 1981).

A typical dry cow eats 50% to 60% less dry matter than a lactating cow which can cause a sharp reduction in the daily mineral intake, meaning cows are not getting the nutrients they need to build up for the coming lactation.

This means clinical or sub-clinical deficiency can develop in cattle at these high demand periods beyond what even a well formulated diet can sustain.

Many farmers turn to oral trace mineral supplements like boluses and drenches – these can have varied effects on improving mineral levels in cows.

Cattle entering critical periods in the production cycle may be in sub-clinical trace mineral deficiency and an injectable trace mineral supplement quickly restores mineral reserves to the required levels and thus could improve herd performance through these periods.

Are you getting value for money from oral supplements? Ask your supplier for evidence that the supplement is delivering real health benefits to your herd.

In a 2020 US study comparing the effects of a trace mineral injection or the use of oral supplements like boluses or single pulse oral drenches, the study concluded:

In a 2013 study, high yielding dairy cows maintained on a high plain of nutrition received supplementary trace mineral injection and over the course of the lactation there was a significant reduction in mastitis, uterine disease and still births meaning the minerals benefited the cow and the unborn calf (Machado et al., 2013).

Strategic trace mineral injection in the pre-calving period helps to raise not only the trace minerals but also the essential enzyme levels in cows rapidly and effectively which could benefit cows during the transition period.

Ask your vet how a pre-calving trace mineral injection top up could help improve performance in your herd.