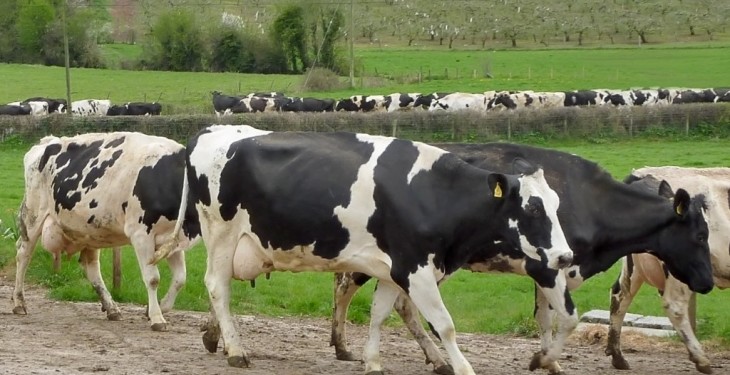 Locomotion scoring is a useful tool as part of a routine herd health evaluation to detect lameness within the herd.

There are two main forms of lameness seen on Irish dairy and beef farms.

Clinical lameness: Walking is obviously affected, the cow is unwilling or slow to place one or more feet on the ground and is likely to be near the back of the herd when walking to be milked.

Subclinical lameness: Changes are more difficult to detect, and can be overlooked if animals are not locomotion scored.

Some of the causes of lameness within dairy and beef herds include:

According to Teagasc, between 20% and 35% of cows suffer some degree of lameness. Of these cases 90% of lameness is located in the foot, with 80% in the hind limbs, and 80% of these cases in the outer claw.

Avoiding lameness when housed, shed layout is important, ensuring that there is adequate space for all the stock. Teagasc suggests having 10% more cubicles than required for the herd, and at the very least – one per cow.

Ensure the floor of the shed is level and that cows can get grip on the floor to avoid slipping. Lastly, ensure that the shed has good ventilation.

When cows are grazing there are also several ways of reducing the number of lameness causes. Ensure the roadway is free-draining, well-maintained and free of stones and holes.

Avoid rushed herding; the cows’ heads should not be sticking up. Cows like to see where they are walking, this helps them to avoid holes and stones on the roadway.

Milking parlour – refrain from using the backing gate to move cows. The backing gate should be used to reduce space rather than move cows; cows failing to move forward may be an indication of another issue.

Sharp corners entering or exiting the milk parlour are high risk areas; where possible avoid these when designing the shed. Where this is not possible, the use of rubber mats should be used to curtail the effects of a sharp corner.

A case of clinical lameness is estimated to cost between €160 and €300.

Herd assessments should be done when the cows are walking on level, unobstructed walkways that give the observer a clear view. Locomotion scoring is frequently performed when the cows are leaving the milking parlour.

Note: A cow’s hind foot should land in the same place as her front foot; failure to do this may be an indication of a lameness issue.

Locomotion scoring is a five-point system based on both gait and posture: 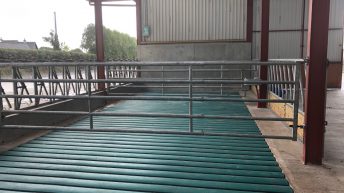