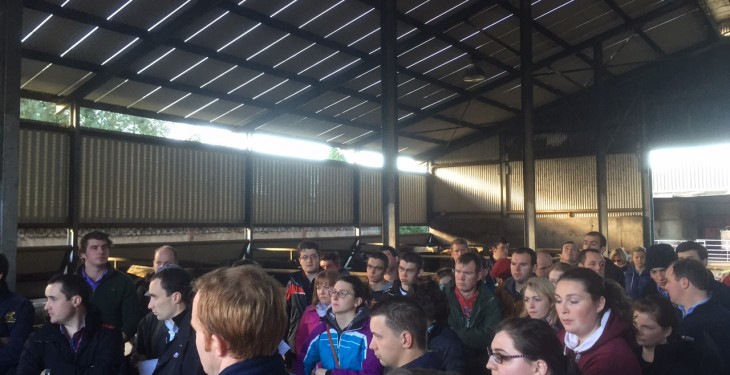 Macra na Feirme, the organisation representing young farmers, has called for the reallocation of funding to create a National Reserve for young farmers and new entrants up until 2020.

Macra President Sean Finan has again called on the Department of Agriculture to examining the possibility of reopening the scheme.

Finan’s comments were made in advance of the organisation’s National Conference, which takes place in Co. Limerick this weekend.

Back in November of 2015, the now former Minister for Agriculture Simon Coveney said that there will be no designated funding from the Basic Payment Scheme to fund a National Reserve.

At the time, Coveney expected the demand for such a scheme to be significantly less than previous years, as demand for the National Reserve was high amongst young farmers in 2015.

However, Finan said that the lack of such a scheme has made life extremely difficult for young farmers.

The importance of the National Reserve has long been campaigned for by Macra, as the organisation sees it as an important policy instrument to help young farmers get established in farming.

In 2016, the organisation says, the absence of a reserve has unfairly impacted on young farmers, without entitlements, as they were not in a position to get the 25% young farmer top up.

“Having invested in their future by attending agricultural colleges, now is the time to reward young farmers with the reopening of the National Reserve on a consistent basis,” Finan said.

This start-stop approach to young farmer schemes is having a detrimental impact on young farmers.

“It is obvious from past experience that when schemes are suspended or closed they have a knock-on effect for future eligibility for these young farmers as is the case with a group of ‘old young’ farmers who missed out on past schemes,” he said.

€920,000 paid out under old young farmer scheme – here’s where the money went