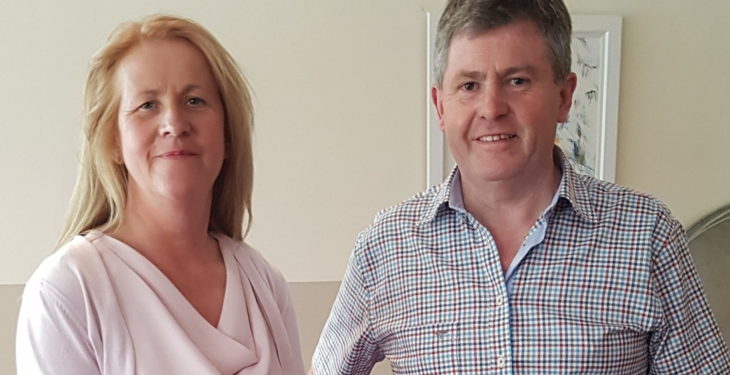 “Take action at the early stages” was the key tip from former sheep shearing champion, and mental health advocate, George Graham, at a meeting last week on bouncing back from adversity.

Hosted by the South-East Women in Farming Group, the event took place in Bunclody, Co. Wexford, last Tuesday night, June 13, with Graham recalling his own experience of dealing with mental health problems.

“For a long time, I felt in bad form but didn’t know what was wrong. I didn’t talk to anyone and just covered it up,” he said.

Recounting one particular moment when he was in the depths of despair, Graham said he wanted to call on someone for help but was unable to bring himself to take action. “Only one person ever asked me what was wrong,” he said.

Eventually, he sought professional help, and during the meeting he encouraged anyone who is struggling, or not feeling themselves, to take one step and speak with someone.

Graham said: “No-one can help you if you don’t look for help.

The first step is the hardest, but it’s usually followed by the second, and it gets easier as it goes on.

Graham advised anyone who falls into despair, at any time of the day or night, to use a pen and paper to write down whatever is on their mind. “You can always burn it afterwards.”

He said the process of recording his thoughts and feelings on paper was helpful.

What was also useful was his recognition that depression can rear its ugly head when something happens, proving to be the last straw that breaks the camel’s back.

Sometimes, people are experiencing things that are building up unknowingly, Graham said. If not dealt with, they can culminate in depression at some stage in life.

“It’s important to take action at the early stages,” he stressed.

“Tunnels can be dark, twisty and narrow, but once you get past the bends, the light at the end gets brighter and brighter.”

Margaret Hoctor spoke about resilience and shared her story of finding a new way of life after being made redundant from a senior position in a leading market research company.

She went on to establish the Kilmullen Farm brand and to become a life coach.

Hoctor recalled how during the early stage of coming to terms with her redundancy, she received a reality check from her mother, who had this simple message: “The graveyard is full of people who thought they couldn’t be done without.”

By taking one day at a time, and writing down all of her feelings, Hoctor started to ask ‘What if?’ and went to work on her future. Her advice is not to look too far into the future but to focus on what is right ahead.

Hoctor said she surrounded herself with happy people and eliminated any draining elements from her life.

Eventually I reached a stage in my life where I said ‘This is enough’ and ‘I am enough’.

The organisers of the meeting highlighted how this was International Men’s Health week, running under the theme of ‘all about him’.

The aim is to encourage everyone to ask the men in their lives how they are doing and to take time to really listen. After all, while minding our mental health may not be high on many people’s list of priorities, it is part of who we are.

It also influences many aspects of our lives, including our relationships and our work, while also helping us to cope with the demands of life, those behind the initiative said.