The prices for quality animals are still holding firm, with the sought after Angus and Hereford calf still proving to be difficult to buy for farmers. Prices higher than €290/head are still being reported, which is well above budgeted prices for some calf-to-beef farmers.

The trade for calves was holding firm for the 1,031 calves at Waterford-Ross Mart this week according to the mart’s manager, Richard Kirwan.

Speaking to AgriLand about the sale this year, Richard said he felt the quality of calves coming to marts seems to be improving compared to other years – with higher numbers of beef calves hitting the ring.

“The Friesian bull calf that was making €5-10/head was a bit strong this week and selling between €15-30/head.

Heifers with the same breeding were selling from €110/head up to €330/head last Saturday. 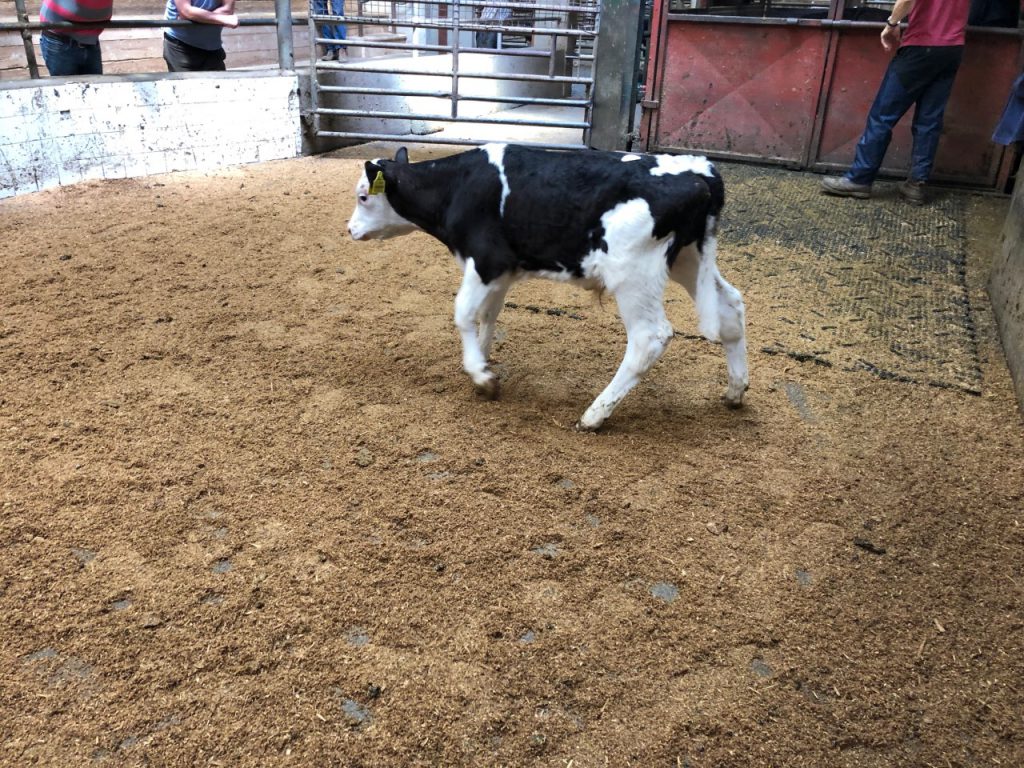 Image taken prior to Covid-19 restrictions

There was an entry of over 380 calves at Carrigallan Mart on Saturday (March 20), with a strong exporter presence among the customers last week.

Speaking about the trade this week, manager Helen Kells stated that the lighter Friesian bulls suitable for shipping were generally selling from €35/head up to €70/head – with stronger Friesian bulls making up to €130/head.

“Belgian Blue calves sold from €310/head up to €470/head. We had a selection of nice suckler bred Charolais calves around one-month-old which made from €535/head up to €610/head.”

The numbers entered for next week’s sale are already around the 400 calves mark booked for Saturday’s sale.

Beef trade: Factories try to keep a cap on prices