Anthony, who farms just outside of Nenagh, runs a mixed enterprise, which comprises of suckler cows, finishing cattle and predominately store lambs.

Over the last few years, he has been renting out sheds to house his cattle over the winter period; however, he felt it was time to set up his own ‘base’ on his block of 70ac.

Speaking to AgriLand about the new unit, Anthony explained: “I have been renting sheds over the last few years and don’t get me wrong I was delighted that I was able to get them because I had no housing on my own farm.

But, I think it comes to a stage where you have to look at having your own facilities and when the opportunity arose that I could get a grant on the shed I took it with both hands.

“To be honest, only that I was able to get a grant for it I probably would be looking at housing my cattle in the rented sheds again this coming winter. The money isn’t there to justify building such a unit for beef cattle, in my view, at the moment.” 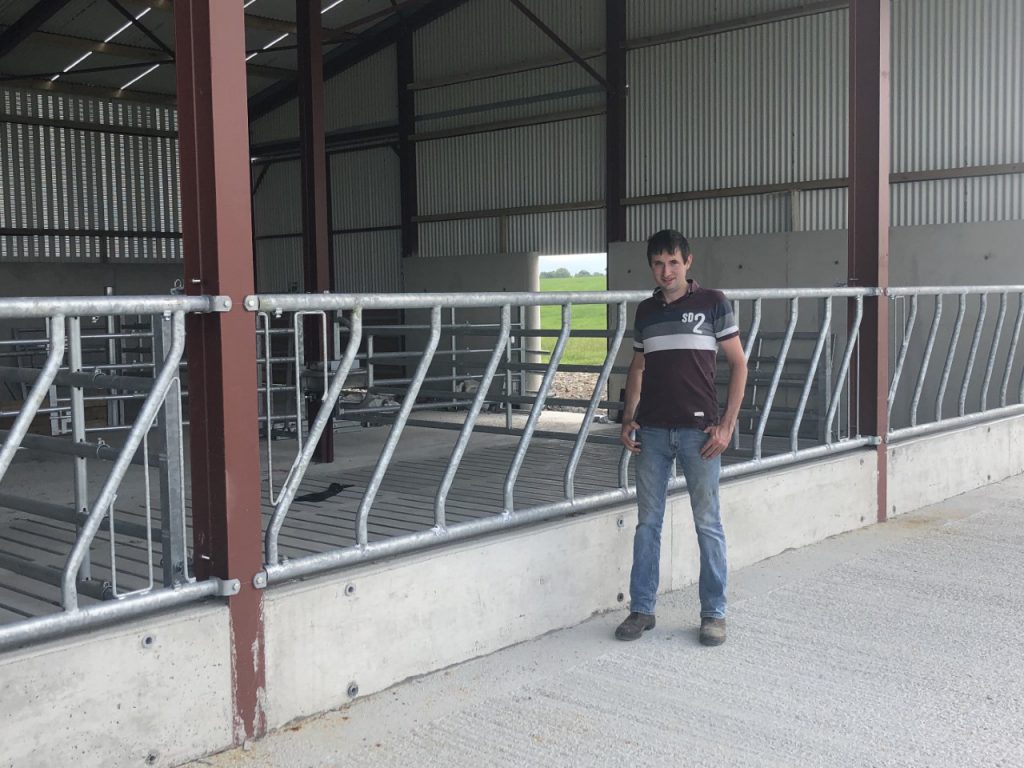 The new housing facility was built on a greenfield site in the middle of Anthony’s 70ac block of land.

The original idea of building a shed came about in 2018 and it was only last year before plans were put in place to get one built.

Construction began in March of this year, just before Covid-19 struck. The digging process was “straightforward enough”, according to Anthony, who hired out a digger and dug out the tanks himself.

Once Covid-19 struck, work on the new build got held up and it didn’t get going again until June.

The concrete work was carried out by Grant Construction, while the concrete for the build was sourced from Fogarty Concrete.

The frame of the shed, including all the barriers and the gates inside the unit, were sourced and erected by Gleeson Steel & Engineering.

Due to Covid-19, the build took a small bit longer than expected and due to the sheer number of builds that are going on currently across the country, Anthony still has a few bits left to do inside the unit before it is fully finished; however, he expects to have it completed in the next few weeks. 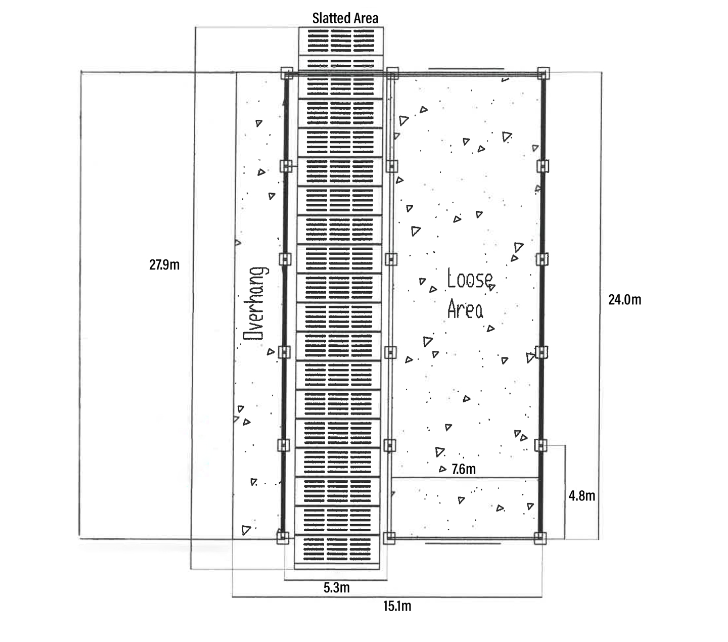 The canopy that protrudes out over the feed face is 2.4m wide.

Taking a closer look at the inside of the unit, it is clear to see that Anthony was adamant about installing a well-ventilated housing facility.

A high-pitched roof, along with vented sheeting and two sliding doors at either end of the shed, allow for plenty of fresh air to pass through the unit.

Speaking on the issue of ventilation and the importance of good airflow throughout a shed, Anthony said: “From my time renting sheds I have seen where problems can arise and I made sure that I didn’t make the same mistakes when I was building my own unit.

“Slatted sheds built 20 years ago generally had lower lying roofs and can be a bit ‘stuffier’ in comparison to the sheds that are built nowadays.

I have seen the problems a stuffy and warm shed can have in terms of animal health and I’m glad, in a way, that I was able to see that first hand, so that when I did build my own shed I could avoid those problems.

“The new shed has a high-pitched roof and is bright, which is something sheds built years ago weren’t.

“If it is a case where it does get warm when the cattle are housed, I have the option of opening the sliding doors at either end of the unit as well to let more air in.” 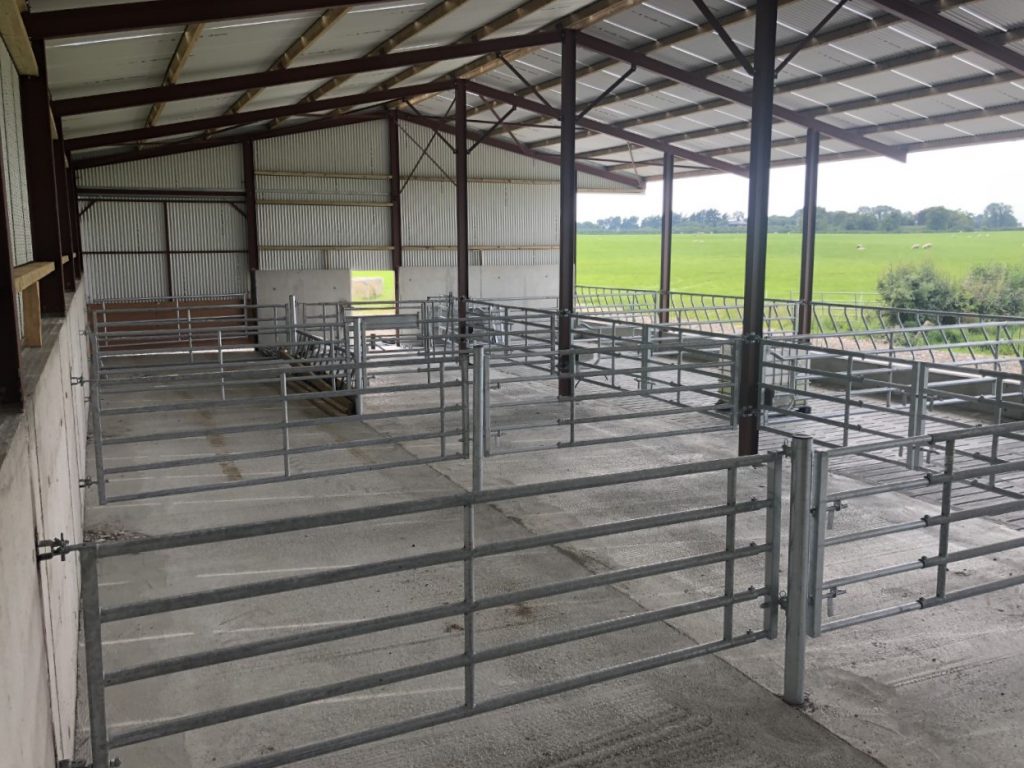 Another problem that Anthony came across when renting sheds was that his finishing cattle and stock bulls would often get their head stuck or often couldn’t get their heads through the feeding barriers.

Therefore, again, to avoid another problem that he used to encounter in the sheds he rented, he opted to install different types of feeding barriers in the unit.

Basically, the cattle will be able to eat freely without the risk of getting their heads caught.

These type of feeding barriers only really suit older stock, as calves, or even weanlings in some cases, could get out of the pen, if too big of a gap is left. 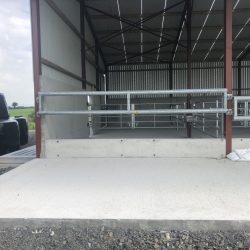 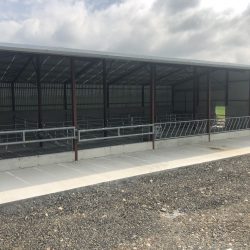 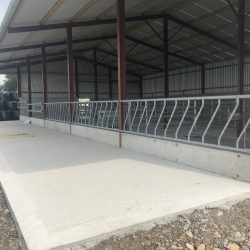 Anthony wanted a dual-purpose shed and that is exactly what he got. Behind each slatted bay is a lieback area, which can be further divided up into smaller sections.

The plan is to use the pens at the back of the shed for storage such as for straw or machinery.

Furthermore, the option is there for Anthony to feed his cattle from two sides of the shed if he wants and that is what he plans to do for at least two of the pens, which contain a calving gate that can serve both pens.

Anthony explained: “I wanted to give myself options. I can feed my cattle from two sides of the shed or I can feed them from the front of the shed and let them access the lieback area and bed them with straw.

Or, I can let them access the slatted area and one pen of the dry area and keep the back pens free either. I buy in calves at springtime, so if I want I could use the back pens for them as well. 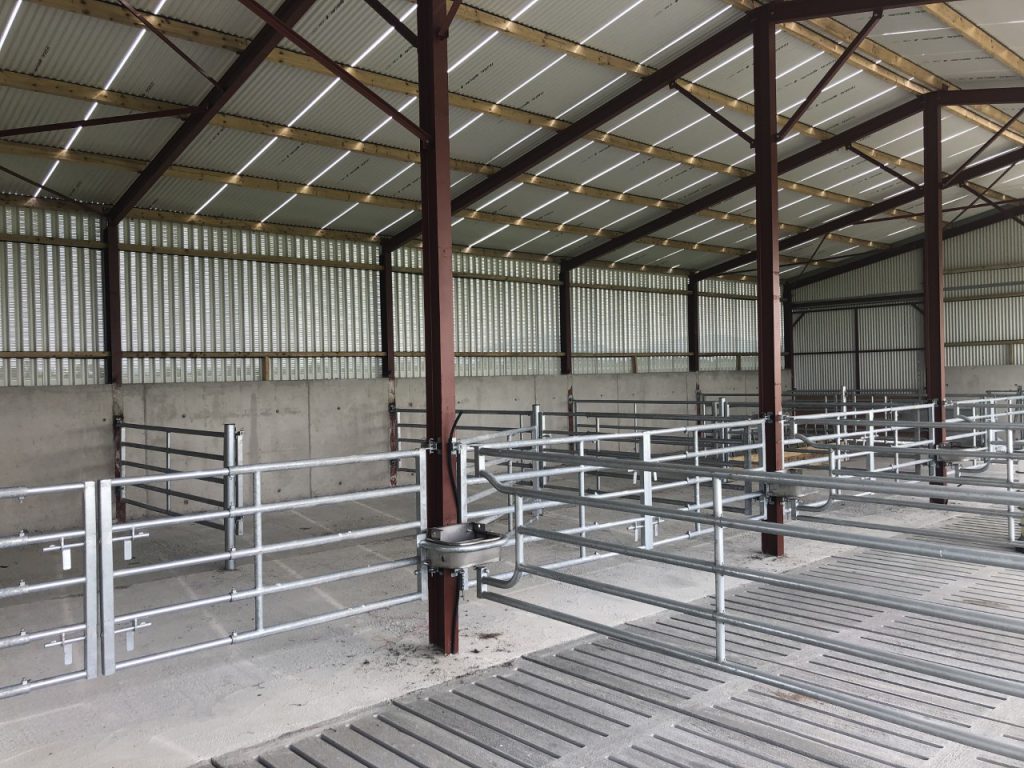 Anthony added: “Also, because of the high-pitched roof I can fit a lot of straw bales into the back pens of the shed as well or store some machinery.

“I decided to only put feeding barriers into two of the dry pens, but, again, because I can take up the poles and gates, it wouldn’t be hard to change the layout of the shed again if I wanted to.

Finally, ease of access is another great thing about the unit. In the last few years, it has been pure and utter hardship cleaning out the dry sheds that I have been using.

“If I bed the cattle with straw in the new shed and have to clean it out, all I have to do is take up the poles and move the gates around.

“I could safely say it won’t take half as long to clean compared to the other dry sheds I have been using the last few years.” 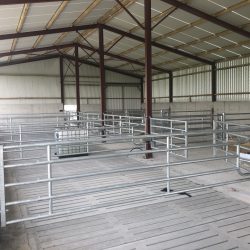 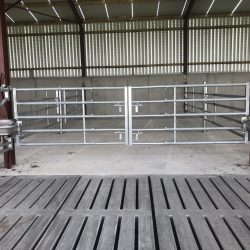 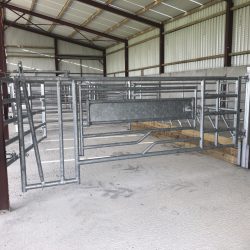 Commenting on the new build, Anthony said: “Like I said already, only that I was able to avail of the grant I would never have even considered building the shed.

“But, in saying that, I’m absolutely delighted with how it has turned out. There are still a few little bits to finish off but it won’t take long to get them done.

Over the last few years, I have had to draw bales a fair distance from the shed that I was using; however, now, as you can see the bales are right beside the feeding area, which is also going to save me time and money as well.

“I have to say everyone involved in the build did a super job and even though Covid-19 held everything back, once we were able to get back to it in June it was finished in a matter of weeks and it turned out very well.”

‘No dogs allowed’ campaign calls for action on livestock attacks

Hogget trade ‘tough’ at the start of the week at marts