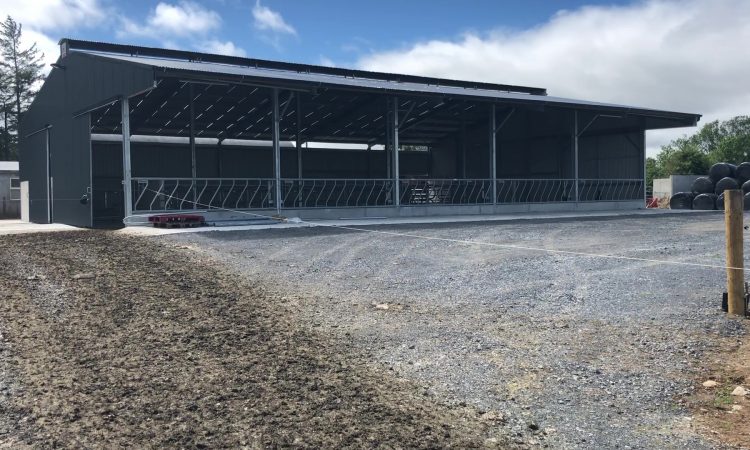 In this week’s Buildings Focus, AgriLand spoke to dairy farmer Tom Clesham, from Cong, in Co. Mayo, about his new cubicle shed.

Tom, who farms alongside his father, Tim, are milking a herd of 46 cows, that are made up of predominately British Friesian cross Holstein cows, through a six-unit parlour.

The plan for the farm is to move up in cow numbers in the near future, which was the main reason behind building the new cubicle house.

Up until last winter, the milking cows were housed between an old cubicle shed and a slatted house. Since Tom started milking in 2013, the herd has gradually grown in size and it had come to a stage where new housing facilities were needed to accommodate an increase in cow numbers.

Speaking to AgriLand, Tom said: “We had an old cubicle shed on the farm, so up until now, along with the slatted house, we used to manage to house all the cows.

But we hope to move up in cow numbers, so we had no choice but to look at building a new housing facility.

“The new shed gives us a bit of freedom because we were getting tight for space, especially at calving time.”

The new cubicle facility was built on an old silage slab that was located right beside the milking parlour.

Tom made contact with Damien Ryan of Damien Ryan Contracts who designed and constructed the new unit from start to finish.

The construction process, according to Tom, was straightforward. He noted: “We are lucky where the main farmyard is because if we were to build on the other side of the farm we would have hit rock straight away.

“The ground around the yard where all the sheds and milking parlour are is quite soft, which made the digging process much easier to do.”

Note: The three cubicles at the top left of the drawing (above) were removed and, instead, a sliding door was put in so that cows could walk into the collecting yard that is directly behind where the cubicles were meant to be.

The concrete walls of the shed stand at 2.4m high. The two slatted tanks are both 28.3m long; but one tank is 3.2m wide, while the other one, which is between the cubicles in the centre of the shed and the feed face is 4.1m wide; both tanks are 2.4m deep. There are two agitation points at either end of the shed.

The cubicle shed is five bays long, with each span 4.8m in length. A roof overhang – 2.5m in length – is incorporated into the design just over the feed passageway, to prevent rain getting into the shed and to keep the silage dry. 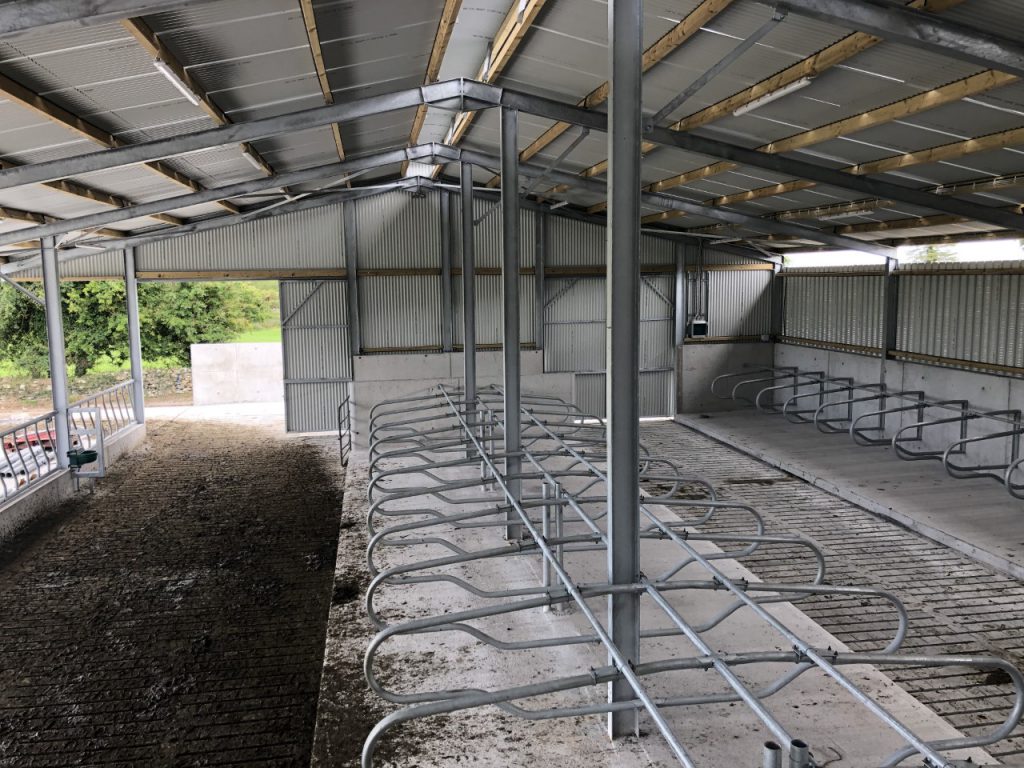 One aspect of the shed that Tom wanted to get right was the ventilation. Over the last few years, he has been forced to house his cows in an old, dark cubicle shed, that wouldn’t be as well ventilated as modern sheds are nowadays.

Tom wanted a bright and ‘airy’ shed and that’s exactly what he got. Even though there are no roof lights incorporated into the build, the shed is still quite bright due to the spaced sheeting on the roof and the gap between the vented sheeting and the roof edge.

He thought about incorporating feeding barriers along one side of the shed, instead of putting in two more sliding doors, but he felt that it would be too cold.

So, he opted to install five sliding doors in the unit; there are two at either end of the shed, while there is one in the corner, on the right-hand side of the shed, that leads into the collecting yard where the milking parlour is.

Two of the doors are kept open throughout the entire grazing season, as the roadway that goes right through the milking platform leads into the front of the shed, where the cows can walk through the front and around the back into the collecting yard.

There were 43 cubicles fitted into the shed, along with four small water drinkers and one tip-over water trough. Tom has ordered mats for the cubicles, which he hopes to have fitted in over the coming weeks.

The feeding barriers, cubicles and water troughs were sourced from Condon Engineering.

Tom added: “It turned out very well. It’s a very easy shed to access from either end, which is handy if you ever had a cow that got in bother.

I thought about only going for one slatted tank instead of two. I actually considered about digging out a tank that would have joined up with the collecting yard.

“So it would have gone from the sliding door that leads into the collecting yard over to the front of the feeding barriers. That would have meant I would have had to put in two automatic scrapers as well.

“But, in the end, I opted just to put two tanks going parallel with each other on either side of the two rows of cubicles.

“The way it is laid out involves having to hand-scrape some of the animal manure into the slats but that only takes a couple of minutes to do.” 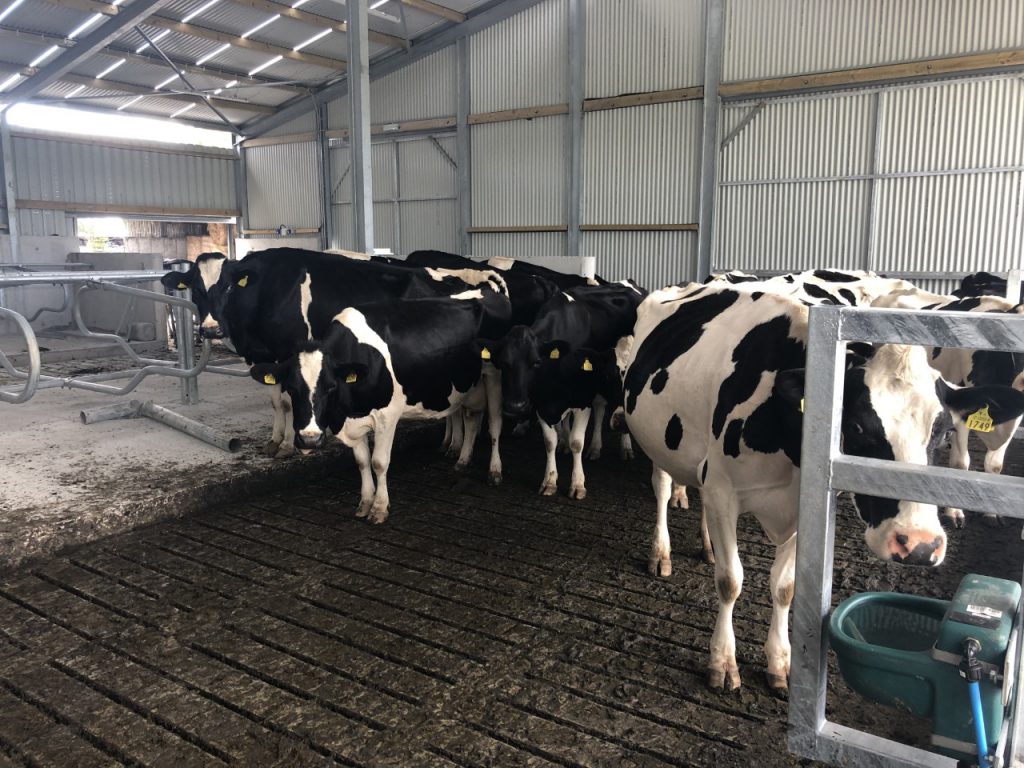 He explained: “The beauty of the shed, in terms of how it is laid out, is that the cows can go directly into the shed and walk through it and around into the collecting yard.

“Then, when they are all in the collecting area I can shut the gate behind them and open up the exit race gate and they can head back into the shed after milking until I am ready to turn them back out to grass.

It’s very efficient and means the cows can either go back and take a drink of water or lie on the cubicles or both.

“The fact that they can go and drink water in the shed after milking is a big bonus for me, especially in dry weather, because I only have a half-inch pipe feeding into the water troughs around the farm.

“So, when it is warm, the water can be a bit slow to fill into the drinkers. However, because the cows can drink in the shed after milking, twice-a-day, it takes the pressure off.”

Damien Ryan Contracts completed this part of the job as well, which Tom says makes life so much easier at milking time.

Tom noted: “The cows go in a circle, you could say, once they enter the cubicle shed at milking time.

“When they come in for milking, they walk through the shed and around to the back, where they can make their way into the collecting area.” 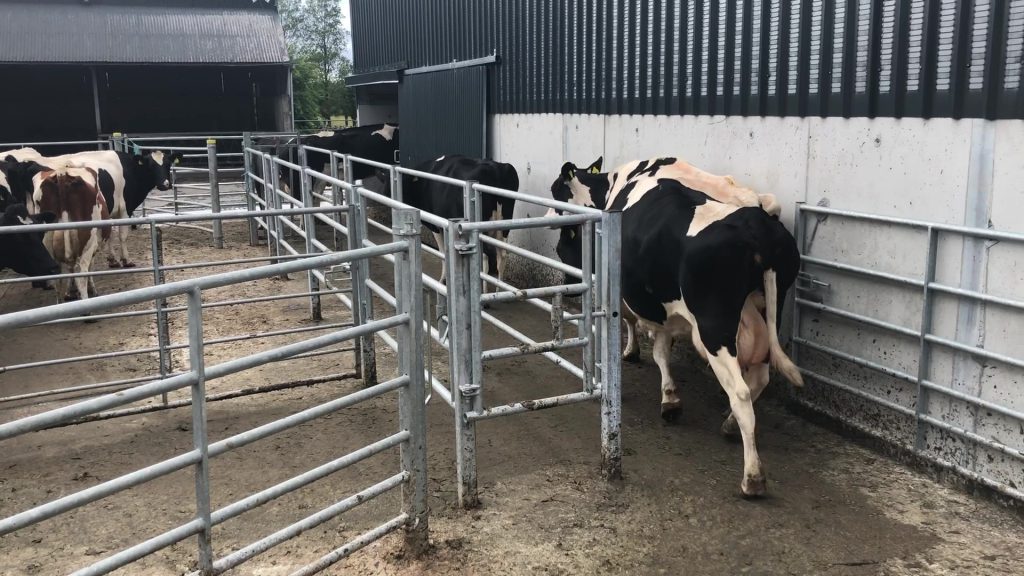 Tom noted: “Once they are in there [the cows], they go through the parlour and out through the exit race and back into the cubicle house. In essence, they do a full loop.

So, once I close the gate behind the cows when they are in the collecting yard and open the small gate at the front of the exit race, I can go into the pit and stay there without having to leave.

“It literally takes me about an hour or even less in the evening to milk the cows, whereas before it would have taken longer.” 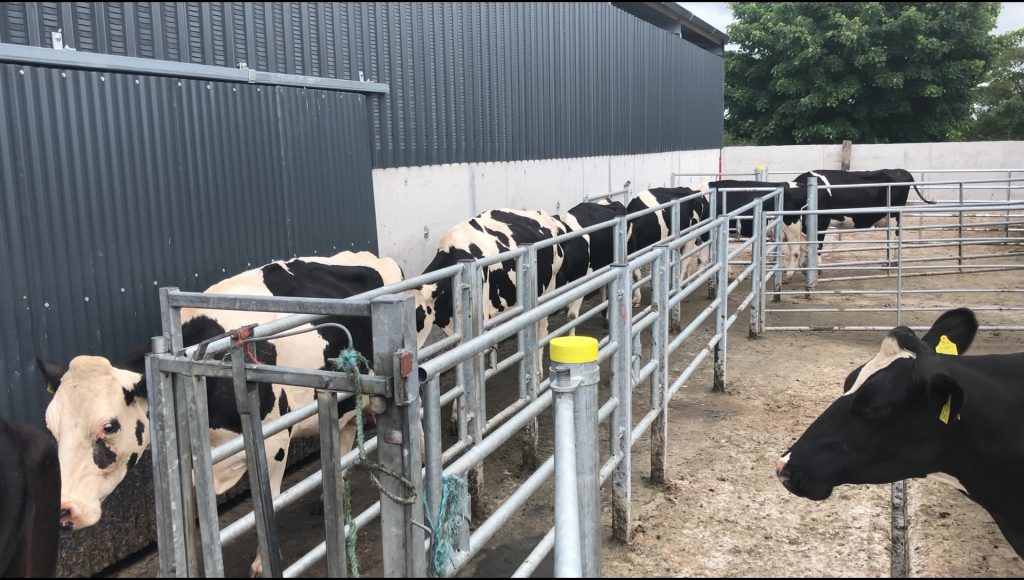 The total cost of the build – which also includes the exit race, crush and a dung pad at the back of the shed – was €100,000 (including VAT).

Commenting on the new build, Tom said: “Overall, I am very happy with the finished product.

“It’s a big investment, but the plan is to expand cow numbers in the near future, so hopefully if milk prices stay relatively strong it won’t take too long to pay back.

“I couldn’t increase cow numbers with the facilities I had before, so I had to ‘bite the bullet’ and go and build, which, looking back now, I’m glad I did.” 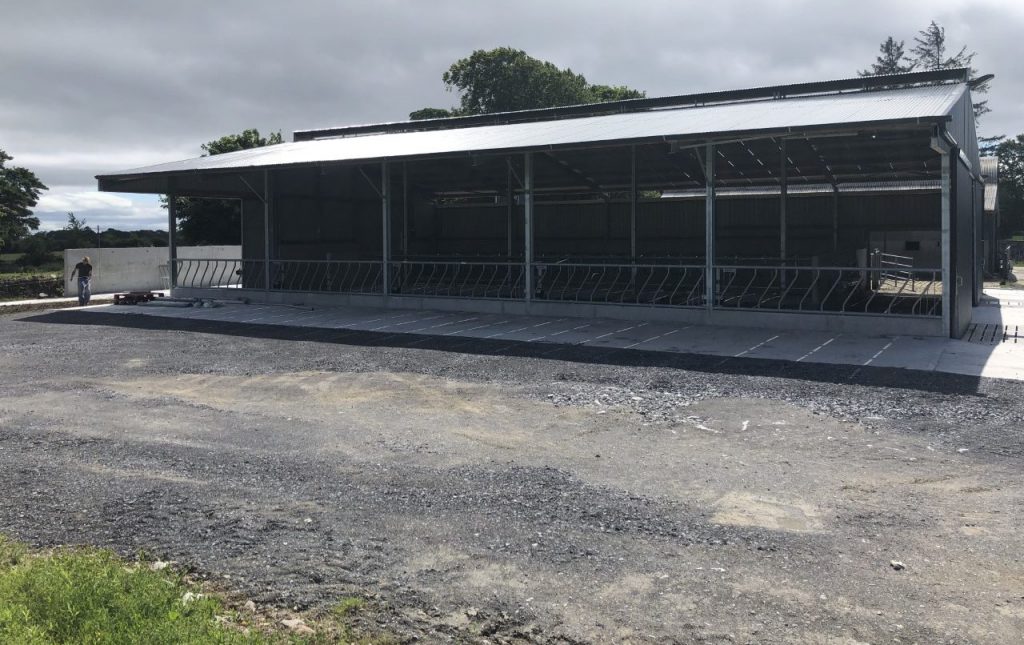 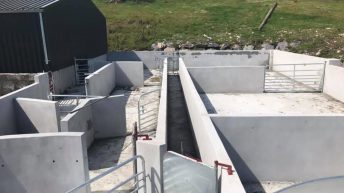 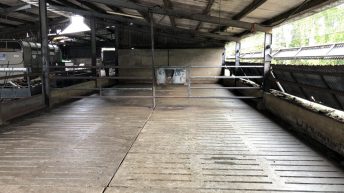 Do you know what condition your slats are in? If not, it’s time to find out…