Farming in Johnstown, Co. Kilkenny, William and Tommy Costigan – a father-and-son team – are gearing up for a busy calving period.Buildings

The family run a herd of Holstein and British Friesian cows, along with some Kiwi crosses, under a spring-calving system. The grazing block consists of 246ac. This is made up of 140ac of owned land and 106ac of leased land. An additional 44ac is leased approximately 5km from the home farm. Buildings

After milking 175 cows in 2017, both Tommy – who works off-farm during the week – and his father will calve down 220 cows over an 11-week period this year.buildings

“Tommy is actively involved at the weekends. We get relief help at the busy times of the year, but it is hard to get good lads. In 2018, we hope to get a full-time labour unit,” William explained.

I don’t want to be tied here all the time. I want to be able to go away and know that the farm is in good hands.

There has been a considerable amount of construction work carried out in recent months to facilitate the expanding herd.

To the rear of the yard lies an eye-catching, 168-cubicle slatted house. At the minute, it is home to the cows who are due to calve in February.

The need for a cubicle shed

Prior to building the slatted house, cows were fed on slats outside. However, William explained that this set-up wasn’t ideal and that facilities needed to be upgraded.

“We had them on slats outside, but it just wasn’t working out. Too much of the herd was calving down with mastitis. It was also too tight and it was’t easy to get in around them to see what was coming close to calving,” he explained.

The Costigans built the shed under the Targeted Agricultural Modernisation Scheme (TAMS II). 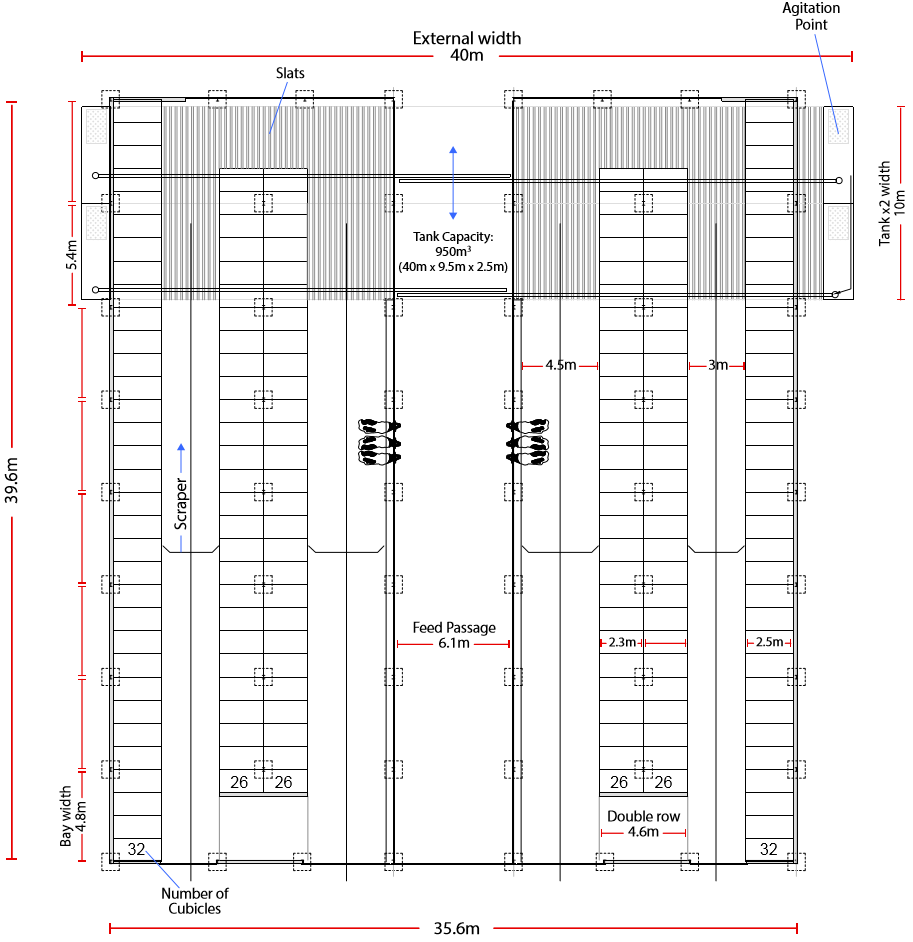 It contains a double, 40m long slurry storage tank. Each tank is 5.06m wide and 2.5m deep. There are four slurry agitation points located at either end of the tanks.

There are six 4.8m bays and two 5.4m bays. The last two bays contain ‘feed-face’ gates, which can be opened out into the feed passage to join either side of the shed if needs be. This will also assist cow flow, William explained. 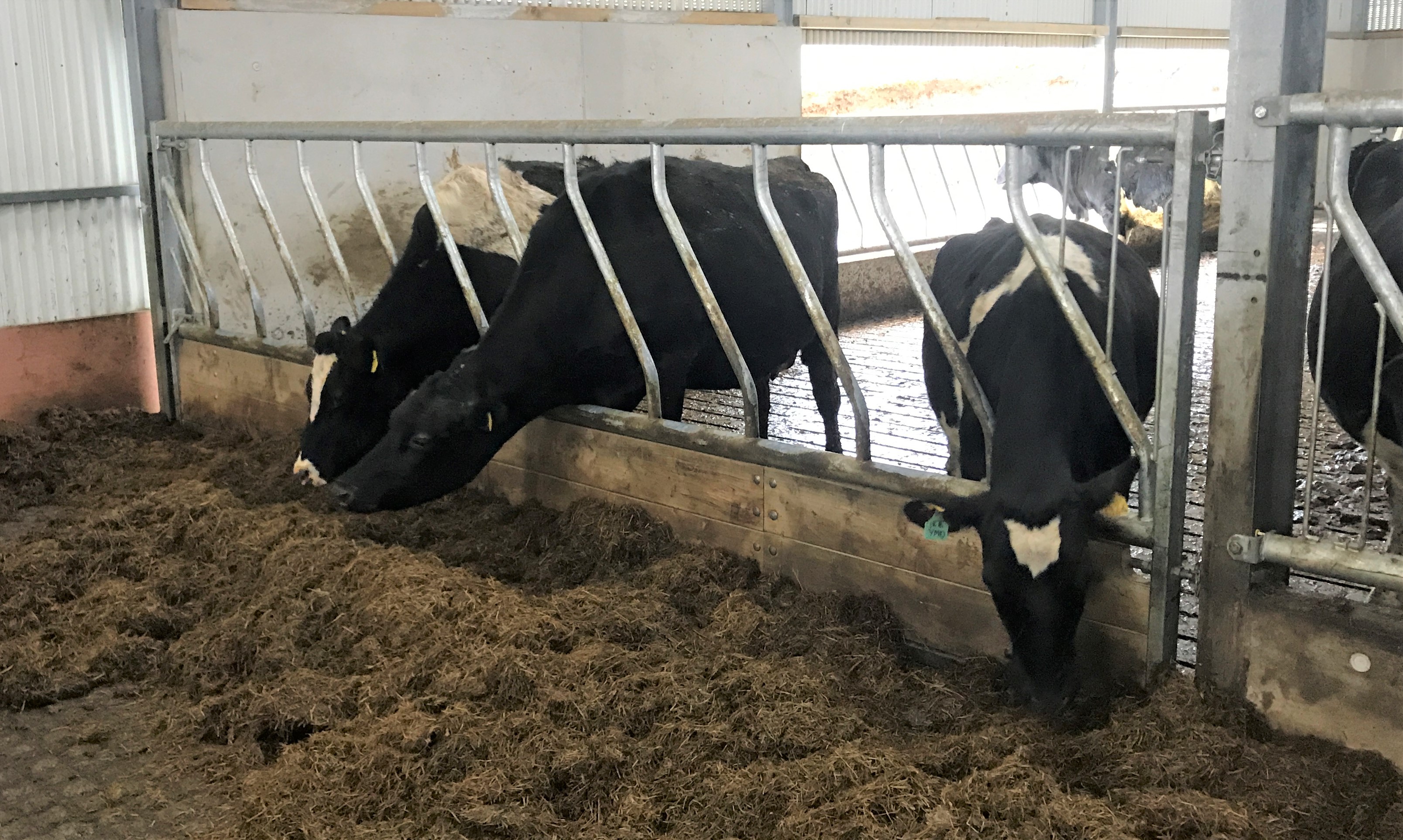 Vent sheeting is installed along the length of the structure to improve ventilation. A 450mm gap was left between the vent sheeting and the roof to assist airflow – something that William was quite sceptical about when designing the shed.

A 450mm overhang on the roof provides adequate shelter, while not interfering with airflow.buildings

“Originally, I thought I would have extremely wet cubicles and, in fact, I disagreed with the idea at the start. However, I was proved wrong and the cubicles are bone dry.

“The vent sheeting is a great job and the overhang and the gap are even better. The wind comes from that side; it’s so open on the side of the hill.” 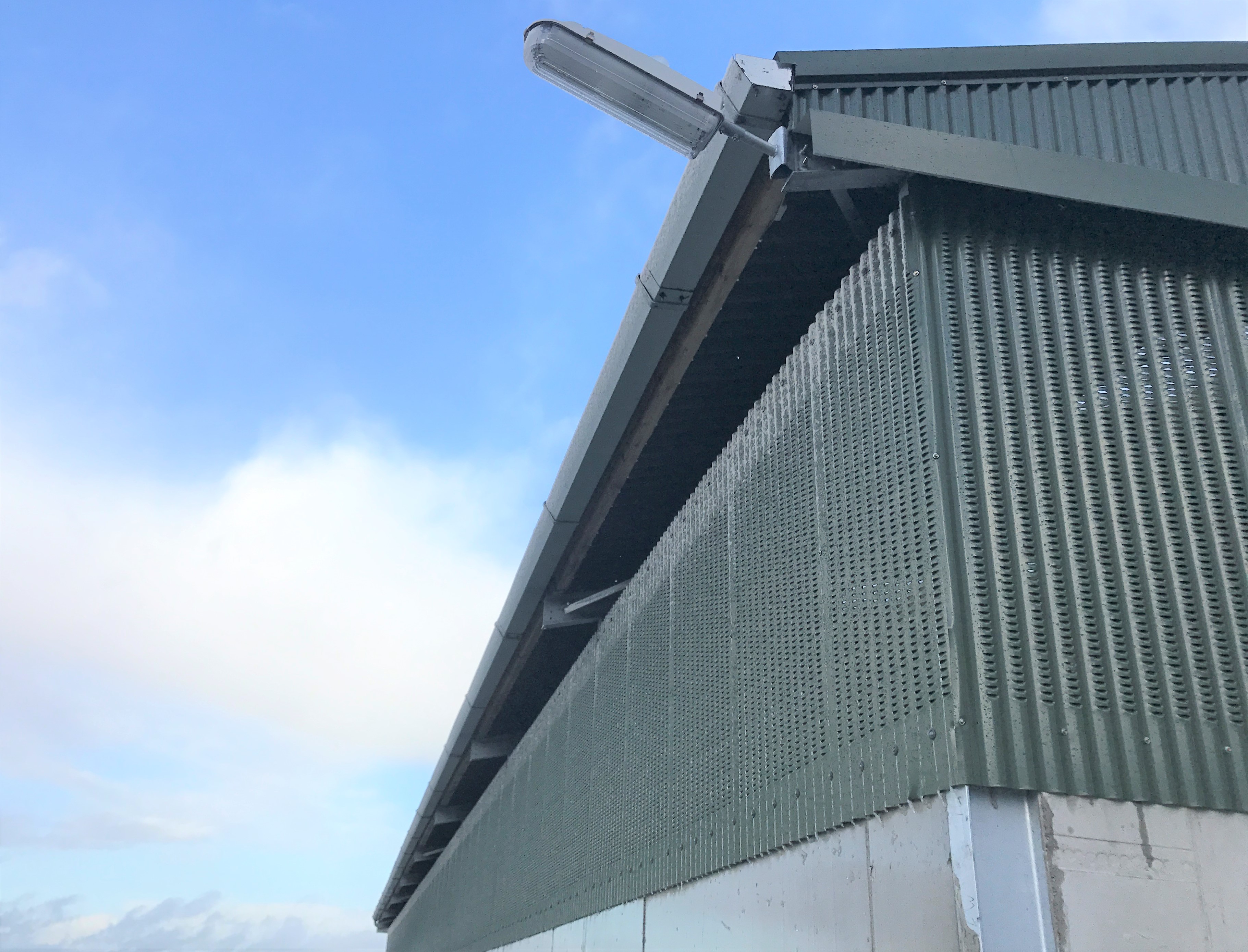 Each cubicle contains a rubber mat and a brisket board, which William says is a great job.

“It keeps the area clean and lowers the amount of cleaning required. We spread lime on the mats everyday and twice a day when the cows are in milk.

The main feeding passage is 6.1m wide. The passageways between the cubicles are 4.5m and 3m wide. These walkways are kept clean by automatic scrapers, with one operating per passageway.

The motor which is used to operate these scrapers also powers the backing gate in the collecting yard.

The extra-wide passages are a great help. There is plenty of room for the cattle. 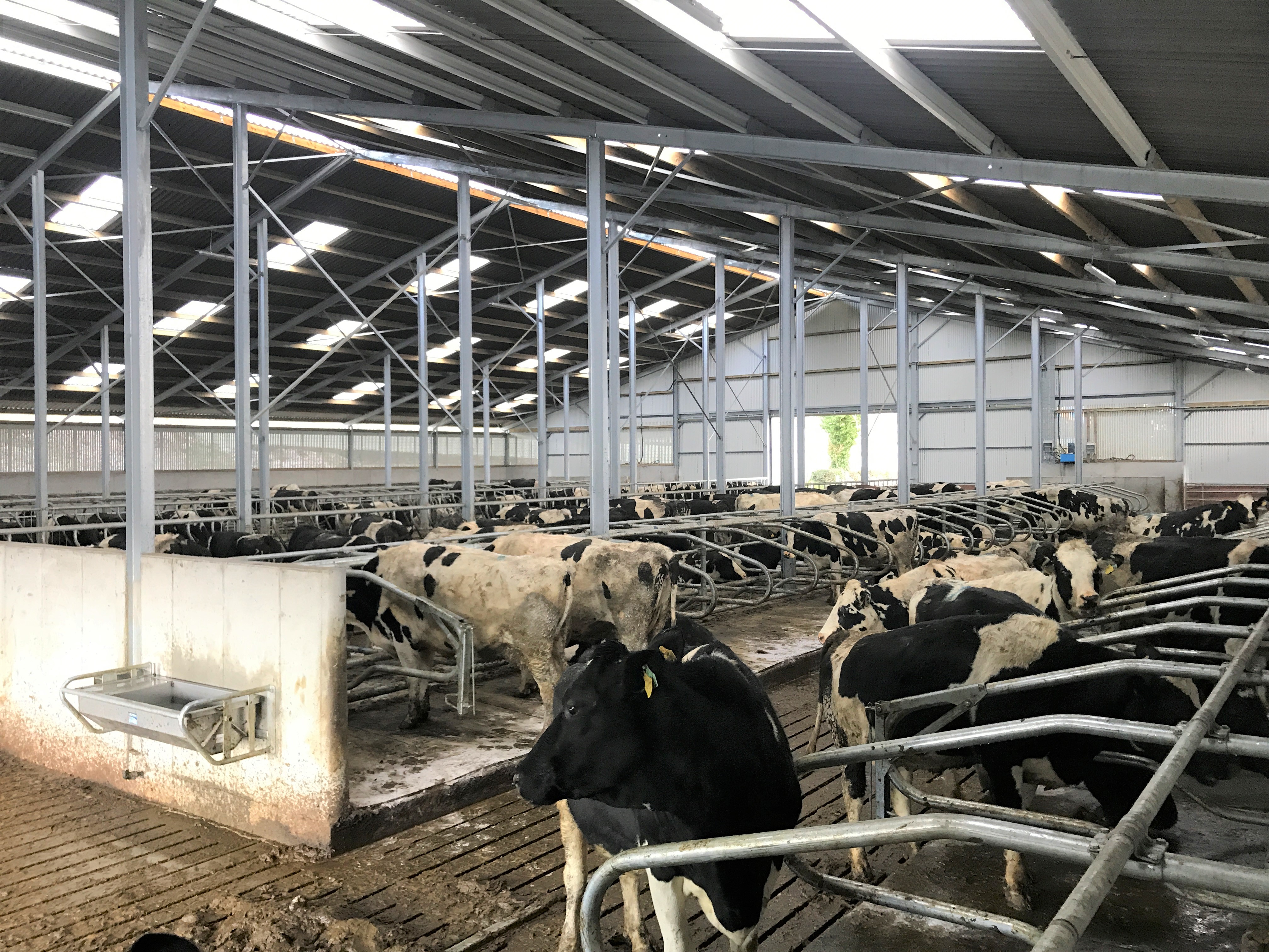 There is plenty of light in the slatted house, with three skylights installed per bay. Artificial light is provided via 16 LED lights.

A concrete ‘lip’ behind the feeding barrier allows the cows to feed easily. It also prevents the build-up of dung between the wall and the scraper. 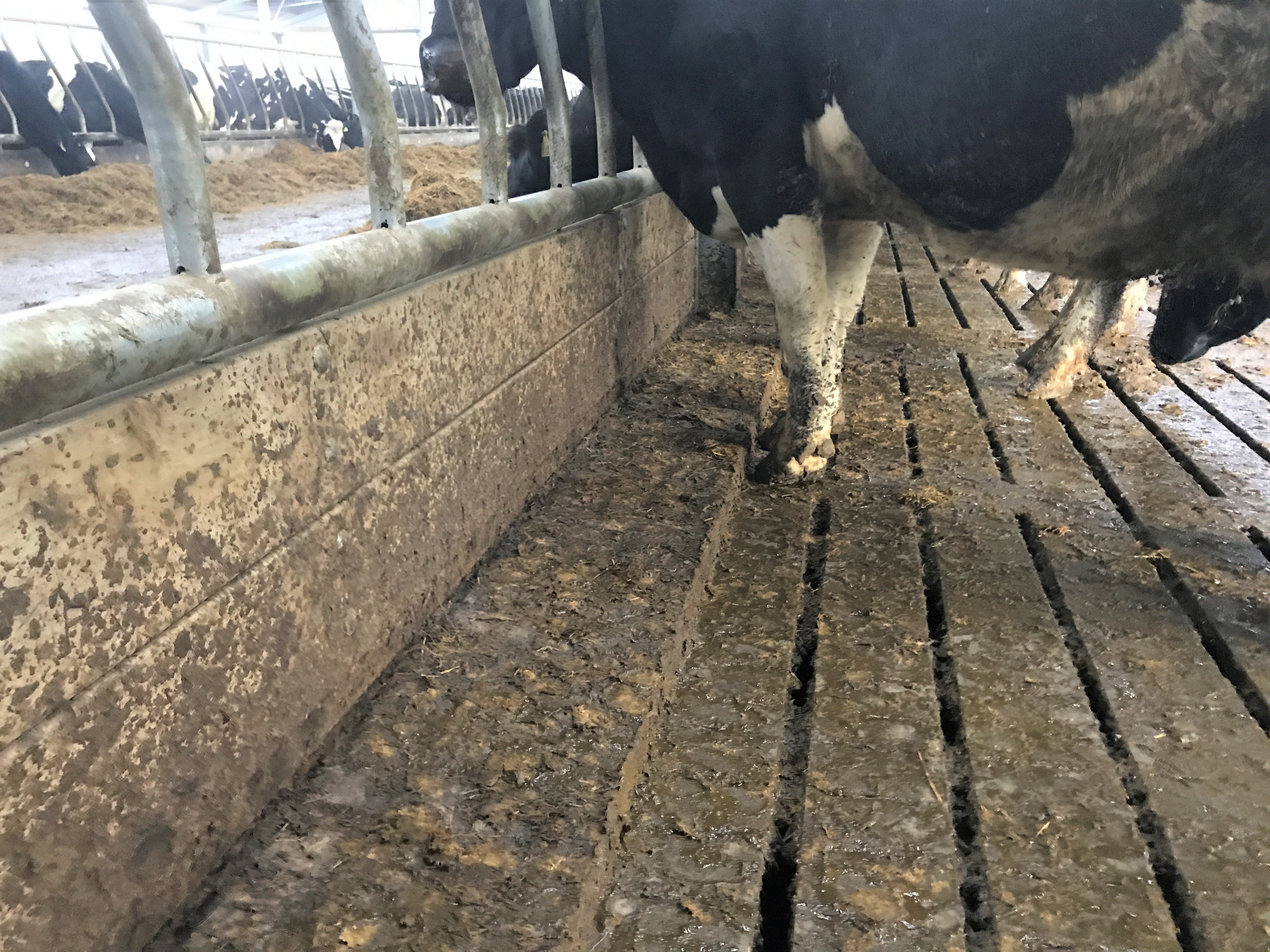 The water troughs are easily cleaned and can be emptied by simply tipping the ‘bucket-like’ trough over. 30 extra feed spaces have also been installed, at the rear of the shed, should they be called upon. The shed has four roller doors for ease of access. 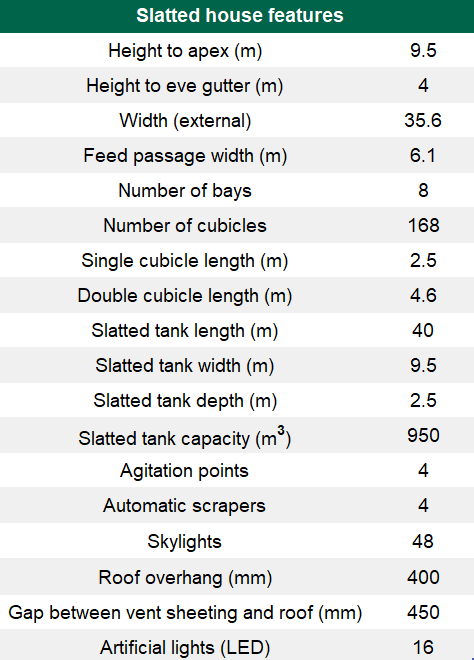 The cubicles and additional components were supplied by O’Donovan Engineering.

Speaking about the project, William said: “There’s nothing I would do differently. I’m delighted with the shed. It will really make our lives easier.

“The cattle are very content in the shed. I couldn’t believe how quickly they took to it. I thought they would make strange with it and it take them some time to adjust.

“I put silage down the passage and they walked straight in and started eating it. They have plenty of room and there’s no pushing or shoving,” he concluded.

Buildings focus: Should every dairy farm have a generator?