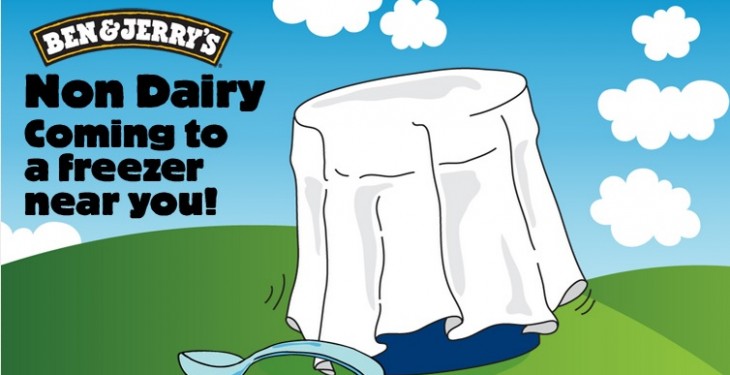 One of the largest ice cream makers in the world is to start producing dairy-free ice cream.

Ben and Jerry’s, which is owned by Unilever, has said that it is working on non-dairy flavours and hopes to launch a dairy-free product in the US next year.

The company says that many of its customers have been asking for Ben and Jerry’s to carry a non-dairy product and it hopes to have the dairy-free product available next year in the US.

Co-founder of the company Jerry Greenfield told UK newspaper Metro.co.uk that the team is working on a ‘delicious’ dairy-free ice cream.

Advertisement
He said the company would be using coconut milk or almond milk as the base for the new frozen sweet treat and hoped it would mean a lot to all those who can’t eat dairy.

The company will be the first global company to mass produce a dairy-free flavour.

“I think that’s a big thing for Ben & Jerry’s to be doing that. In the US there are alternatives from smaller companies but Ben & Jerry’s will be first mainstream company that will do that,” he said.

It says it has been working on the new product for a while and wants to make sure the flavours live up to what Ben and Jerry’s is known for: enormous chunks, delicious swirls and a commitment to values-led ingredient sourcing.

The company says its flavour gurus have been hard at work to ensure that the flavours live up to what Ben and Jerry’s is known for, which includes lots of taste testing.