Analysis of the Irish beef trade: prices down 10%, imports up 40%

There are a number of facts and trends around the beef industry. It seems that the potential prices paid by British retailers for premium Irish beef may actually be a lot more consistent over time than people think. At the same time, rumours of the Irish market being flooded with imported Polish beef are just that – wild rumours.

With the exception of cow prices, Irish factory prices are lagging behind European averages, according to EBLEX.

Over the past year Irish prices have dropped overall by 10%. However, when compared over a five-year period, the average 2014 R3 Steer and Heifer prices have dropped below the 2012 annual average, and the 2014 R3 Young Bull average is approaching the overall 2011 average price. It is only since 2013 that price differences have become more noticeable between young bulls, heifers and steers. 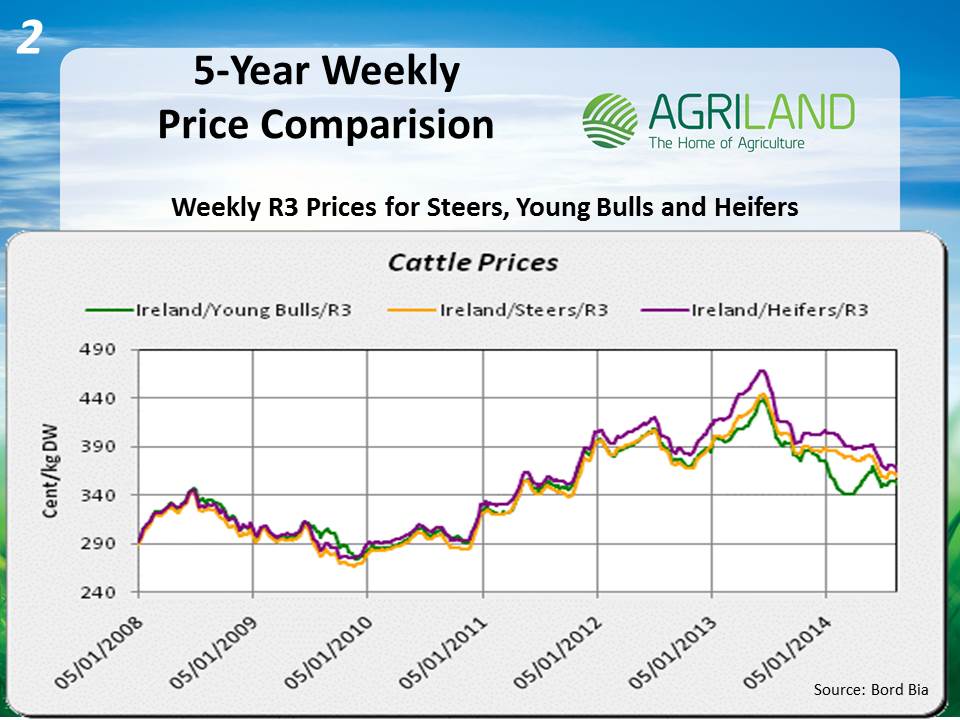 Independent analysis, by Kantar Media, notes that British beef sales are up by 4.4% over the past year to nearly €2.7 billion. Even though UK beef sales have posted an increase over the past 12 months, concerns arise when you drill down through where these gains are being made. Judging from the sales volumes, it is evident that British consumer trends are veering away from the traditional Sunday roasts and stews towards lower value processed meats such as mince, and burgers. 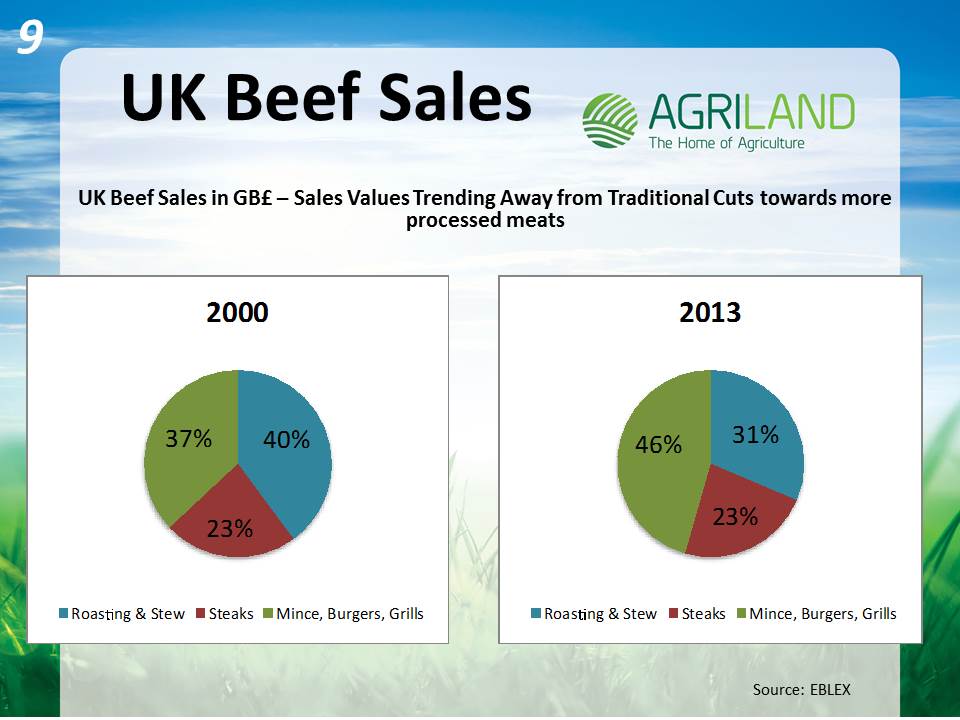 Perhaps the most surprising finding of our analysis has been that the average price paid by British customers for fresh Irish boneless beef has remained largely unchanged over the past 12 months. Comparing the latest CSO beef export figures to the UK, here are the facts:

– We see that 2014 export volumes of premium boneless chilled beef are largely unchanged compared to the same period last year (-0.8%). Yet average prices per kilogram are only back marginally when currency fluctuations are factored in.

– Indications of market oversupply are evident from the data. We see the export volumes of lower value fresh bone-in and frozen boneless beef are up 33% and 28% respectively. 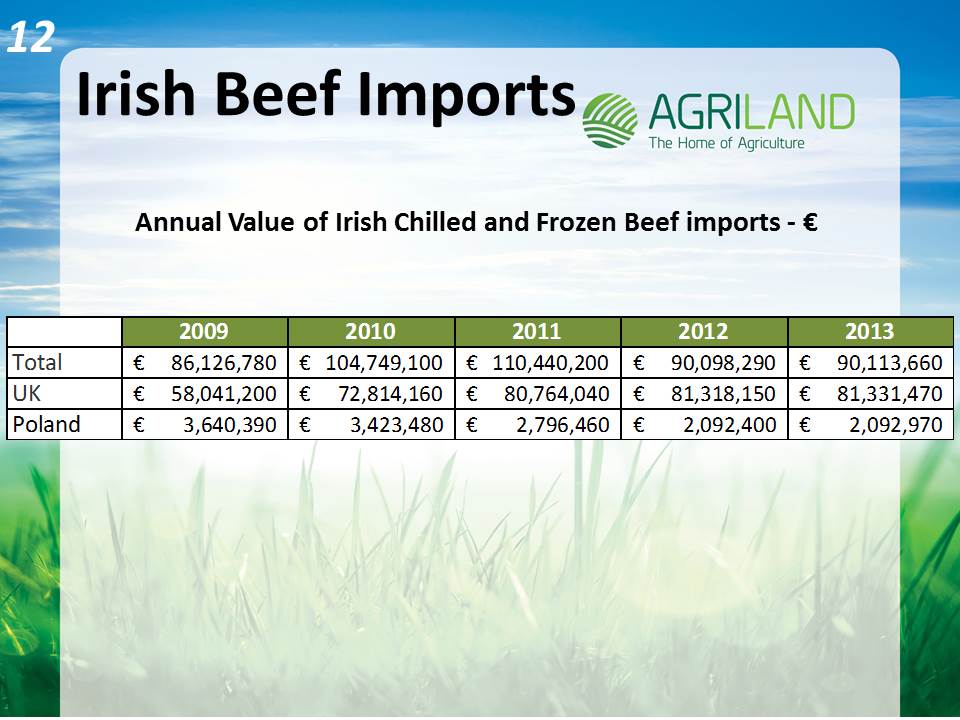 Average carcass weights in both the UK and Ireland are relatively similar, according to the Department of Agriculture in Ireland and the Department of Food and Rural Development (DEFRA) in the UK. Yet when we compare Conformation and Fat Scoring figures from both the Republic of Ireland and Northern Ireland’s we see large differences in conformation scoring noted for both Steers, and Young Bulls. It appears as though Irish Steers and Young Bulls are falling outside the desired averages expected within the UK market, thereby becoming susceptible for out of specification penalties.