Where negotiations were starting at 405c/kg for steers last week, quotes have increased upward by 5c/kg and most plants are now on a base price of 410c/kg; some steer deals are being struck at a base of 415c/kg (excluding Quality Assurance Scheme bonuses).

Like the steer trade, heifer quotes have also climbed by an additional 5-10c/kg – depending on location and factory demand – to reach 420c/kg.

With numbers anticipated to tighten over the coming weeks, the beef price ball now appears to be firmly back in the farmers’ court. Where possible, farmers should look for concessions on transport charges, age limits and carcass weights. 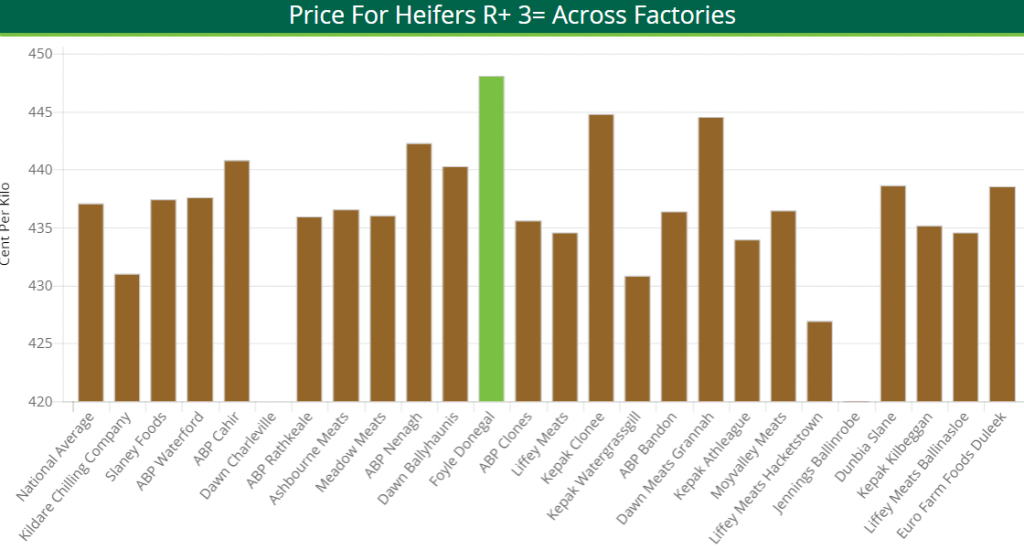 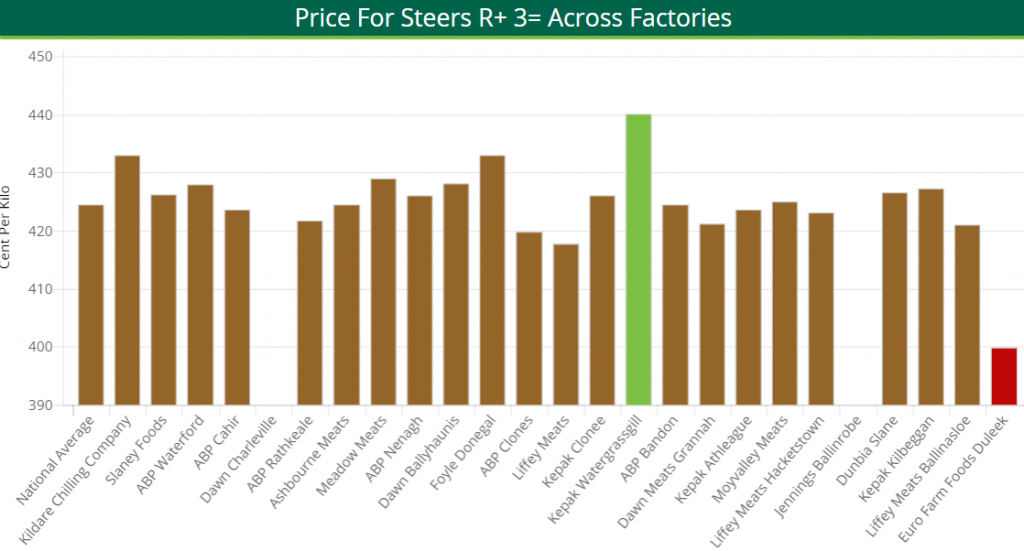 Buyers are offering 330-340c/kg to purchase P-grade animals. In addition, procurement managers are starting negotiations with farmers for O-grade and R-grade cows at 350c/kg and 360c/kg respectively. 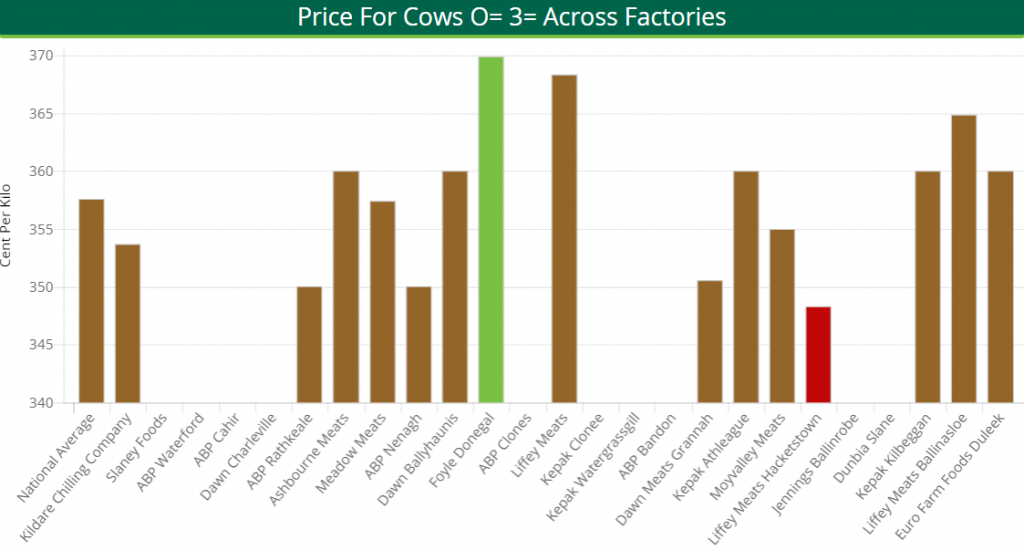 For the second consecutive week, cattle supplies have decreased by over 1,200 head. During the week ending April 29, 32,129 head of cattle were slaughtered, figures from the Department of Agriculture show.

Looking at the beef kill in more detail, some 3,245 young bulls were slaughtered in Department of Agriculture approved beef plants during the week ending April 29 – an increase of 221 head or 7.0% on the week before.

Heifer and cow throughput has declined on a week-to-week basis, with supplies down by 407 head and 415 head respectively. In addition, the number of steers processed fell by 807 head on the previous week’s kill.

However, aged bull supplies increased during the week ending April 29, with throughput up by 163 head or 26%.

In Britain, the Agriculture and Horticulture Development Board (AHDB) reported that – during the week ending April 29 – overall steer prices stood at 364p/kg (414c/kg), while the overall heifer price was the equivalent of 415.8c/kg.

In addition, cow prices were reported to have decreased during the week ending April 29. However, prices for cows falling into the O-grade category increased. These animals made the equivalent of 322c/kg.

According to the AHDB, some 32,800 head of cattle were slaughtered during the week ending April 29. This was a 5% decrease on the number processed during the corresponding period in 2017.

How many E-grade cattle were slaughtered between January and March?