Located on the outskirts of Delvin village in Co. Westmeath, beef and sheep farmer Colin Crowe can be found farming his land.

AgriLand took a visit to Colin’s farm recently to view his management of a suckler-to-beef enterprise which is run alongside his impressive flock of sheep consisting of 500 ewes and 130 ewe lambs.

Although his family originated from Co. Leitrim, Colin has been farming in Co. Westmeath for the past 42 years. He made the brave move of purchasing a 150ac holding in the midlands county in 1978.

Colin admitted, that at the time, the majority of land was in poor order and needed to be reclaimed, which he undertook mainly by himself and his father. From this work, he managed to turn his farm into the admirable holding that it is today. 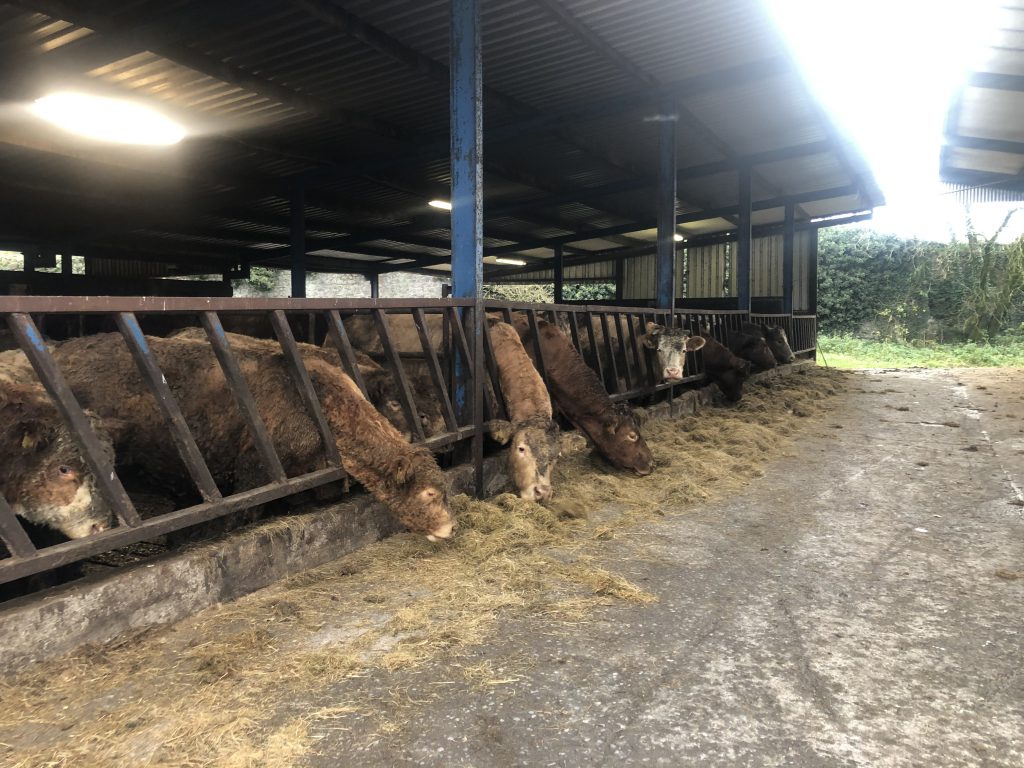 In recent times, the farm is operating over 100ha, consisting of both owned and rented land.

Colin is aided on his farm by his wife Joan and son Evan. He is also helped by his two daughters, Tara and Hazel, who are currently in college studying veterinary and teaching, respectively.

Colin currently hosts a herd of 33 suckler cows, consisting of breeding such as Hereford, Shorthorn and Limousin crosses.

Both an autumn and spring-calving system is in operation. Approximately 10 cows calve down during the months of October and November, while the remainder of the herd is calved down in the spring.

All male and female progeny are kept on-farm and brought forward for finishing. Heifers are sold before they reach 23-months-old, achieving an average R-grade and a carcass weight of 335kg.

While the male progeny enter a bull-beef finishing system, the autumn-born bulls are finished just under 16-months-of-age. 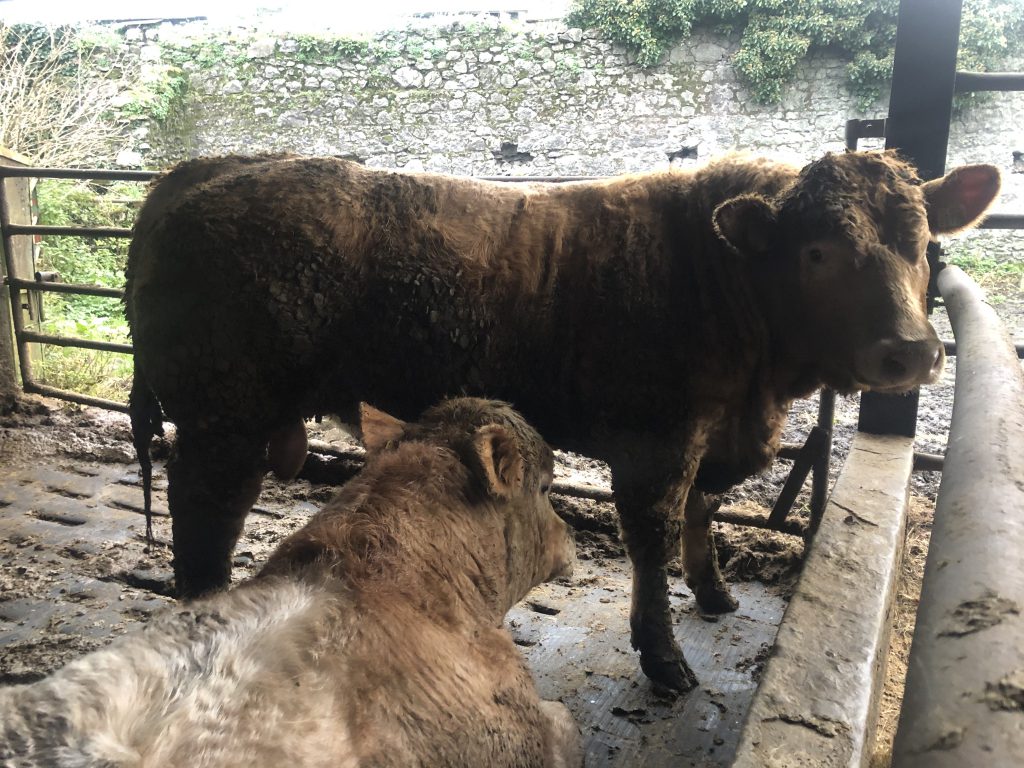 Charolais-cross bull that will be finished before Christmas

The spring-born males are slaughtered at a slightly later age of 21-months-old. There is currently a bunch of 10 bulls on the farm in the process of being finished and are planned to be sold within the next three weeks. Colin states:

Generally I get over two-thirds of my bulls into a U-grade, if not more. They would have a carcass weight on average of 450kg. Obviously the factories don’t want them much heavier than that.

The bulls are fed on a finishing diet, consisting of silage and a high energy beef nut containing 16% crude protein – with a further introduction of straw and a maize ration into the diet as the animals come closer to their finishing date.

Commenting on his bull-beef operation, Colin said: “The biggest problem when managing bulls are the injuries. You have to be careful with the way they are matched up in their pens. Ideally, the smaller the groups you can have, the better. 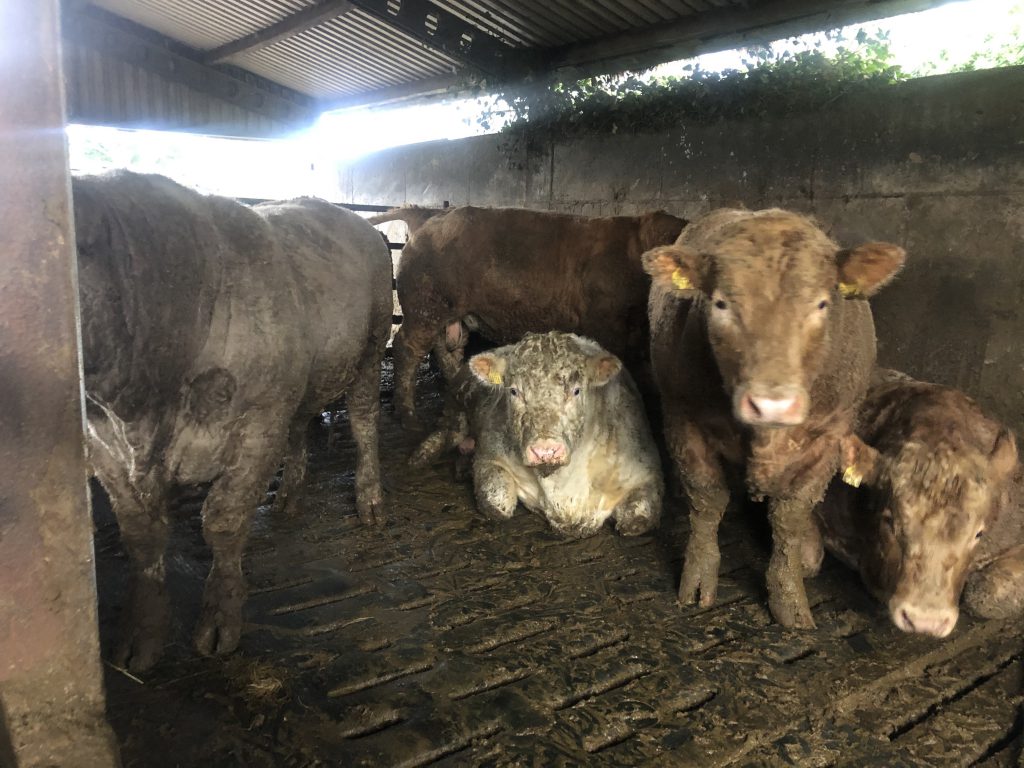 “Another challenge is just trying to get enough fat cover on them; the factories want them with a fat cover of around the three mark, but my bulls tend to grade at a 2+.”

Although Limousin and Charolais-bred cows can be found within the herd, a Shorthorn and Hereford-cross is the ideal suckler that Colin is trying to breed from.

“I am trying to establish more Shorthorn breeding into my herd at the minute, preferably a Shorthorn and Hereford-cross. I just find them to be a type of cow that is both easy to handle and fit to calve on their own,” he stated. 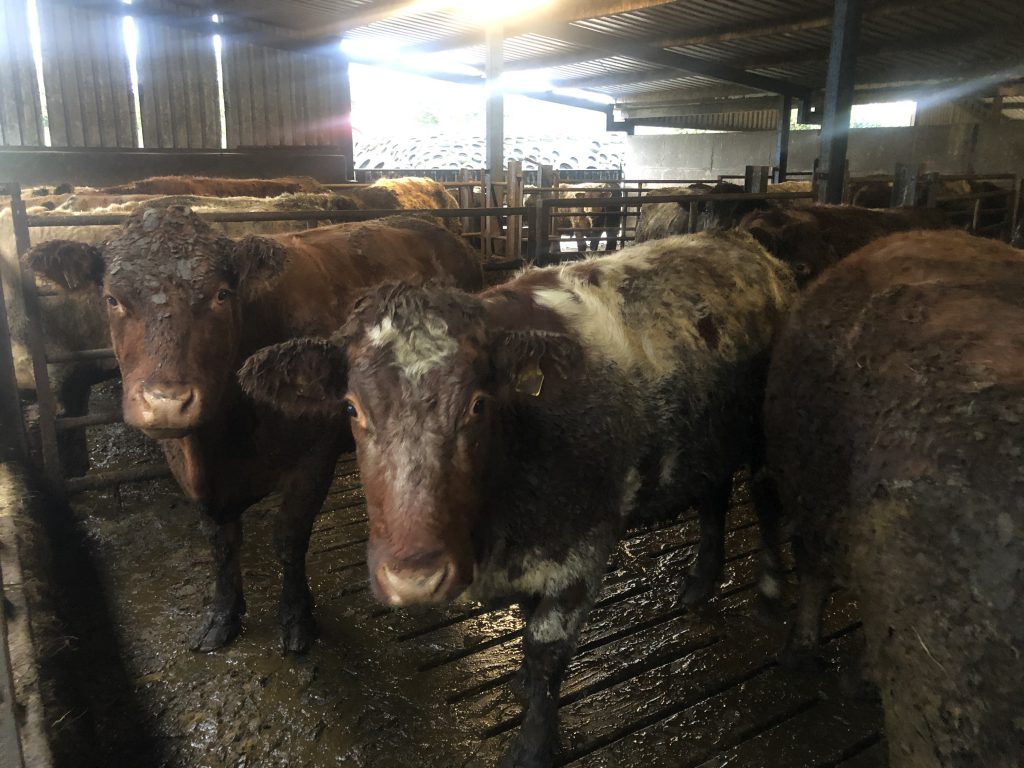 A Charolais stock bull, sired by Blelack Digger, is run with the herd; the purpose of this being to take advantage of the terminal traits passed onto the progeny that are finished on the farm. 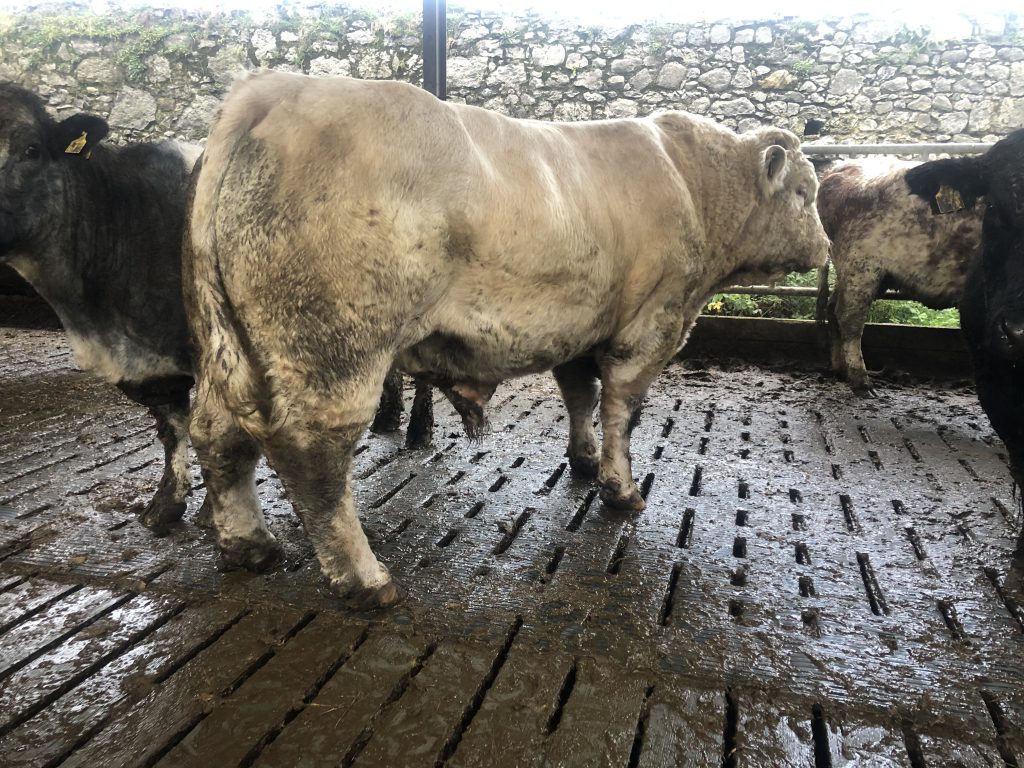 Replacement heifers are not bred from the farm’s suckler herd and instead are purchased privately off farmers that Colin knows will have the breeding he requires.

In order to maintain the herd’s reproductive efficiency and productivity, a strict culling strategy is implemented on the farm. Colin explains:

Once a cow reaches 10-years-old or close to it, I tend to cull them, because they can be that bit more difficult to get in-calf.

“At that stage she’s generally left me close to eight calves, so in fairness to her, she has done a good job.

“If a cow loses a calf or if they do anything wrong, she is not carried on; I simply have to cull her.”

As part of the scheme, Colin undertook the dung sampling requirement which he has found to be most beneficial.

He stated: “I didn’t really think liver fluke was that major of an issue on the farm, but from the reports we got back from the labs we have a few cows in particular which have issues that we have to treat.” 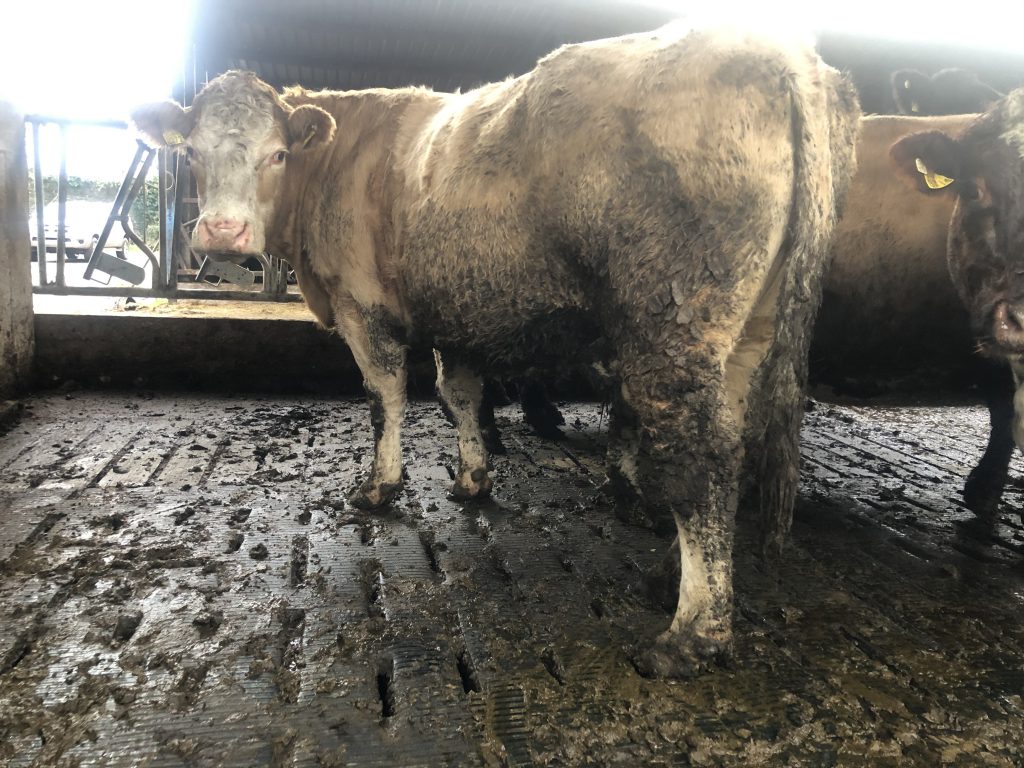 Colin explained that on his farm, due to the large animal numbers, sheep will take pride of place on the grazing platform.

The management around the housing of cattle is focused on an early housing in the month of October and a late turn out date in late April. The sheep are housed in the month of January prior to lambing and are turned out as soon as possible.

Colin states: “I minimise the length of time that I have the sheep inside because issues such as footrot begin to creep up and they are just generally a lot healthier when they are out grazing in the fields.” 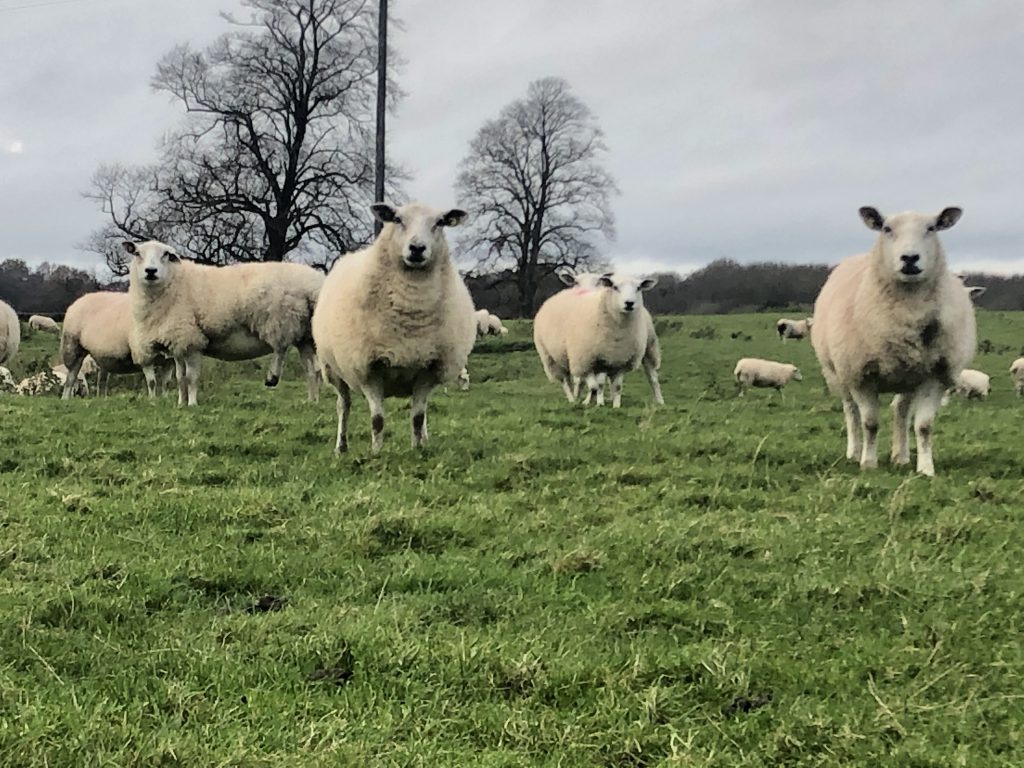 He finds that a set-stocking grazing method works best for his farm.

As Colin has an off-farm contracting job, it means that managing a paddock rotation grazing system for the scale of land he has would prove to be too difficult, while also factoring in the infrastructure costs required.

The finishing animals are housed on slats laid with rubber mats. He finds these encourage his finishing animals to lay down more, which will allow for longer periods of rumination, while also providing comfort.

A flock of over 500 ewes and 130 replacement ewe lambs are run on the farm, mainly consisting of Texel-bred mule crosses along with some Suffolk-bred ewes as well. His hoggets bred as yearlings, with 50 of these being bought in. 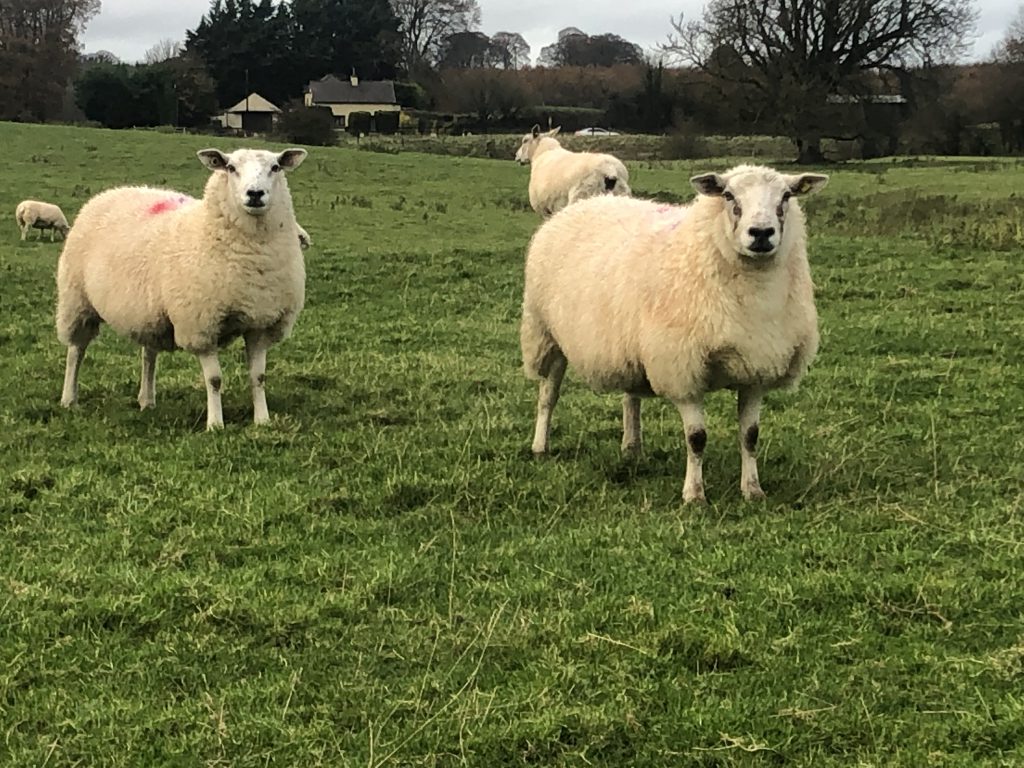 The spring certainly is a busy time on the farm, with the lambing season beginning from the month of February onwards.

There is a lot less investment involved with the sheep enterprise. The returns are a lot better and it’s quick, in comparison to the beef enterprise that is more so reliant on farm subsidies.

The breeding season began back on October 12, as Texel, Charollais and Suffolk rams was introduced to run alongside his ewes.

Colin is strategic in managing his ewes’ lambing times. His aim is always to lamb down his oldest ewes first and leave his group of hoggets till last.

He explains: “I lamb the oldest ewes first and by the time their lambs are close to finishing, I send both the old ewes and the lambs to the factory together. It gets them out of the system and allows me to focus on the younger ewes.” 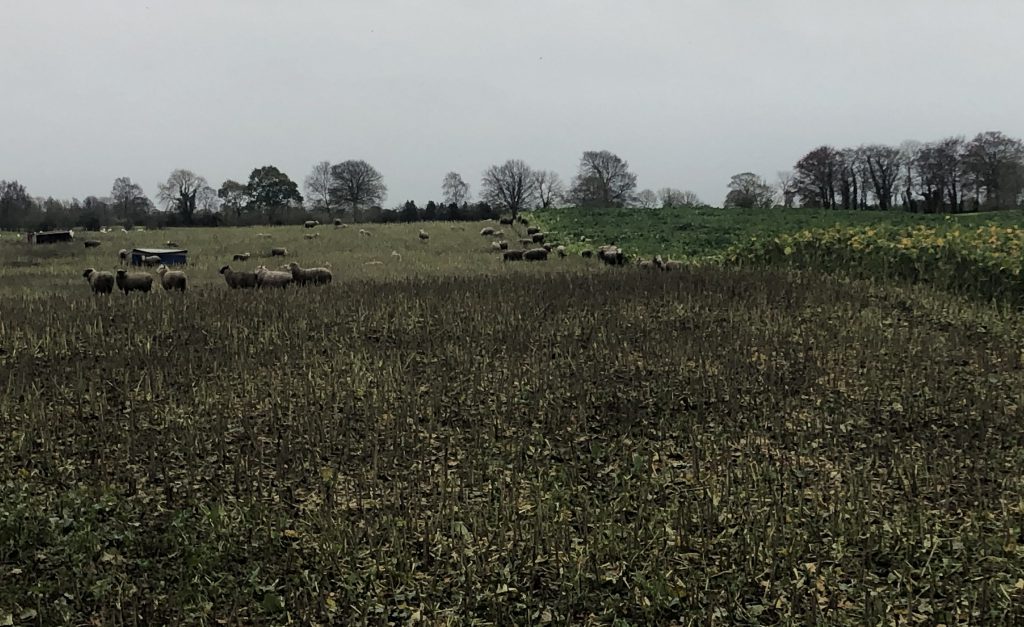 Prior to finishing, the lambs are fed on a field of fodder rape, which is strip grazed, while also being fed meal. Colin is able to put round feeders for silage into the field once it’s grazed and it is then used for feeding in-lamb ewes before they are housed.

This year Colin recently purchased 22 Blackfaced mountain ewes and is currently running them with a Bluefaced Leicester ram in the hope of breeding replacement ewe lambs. 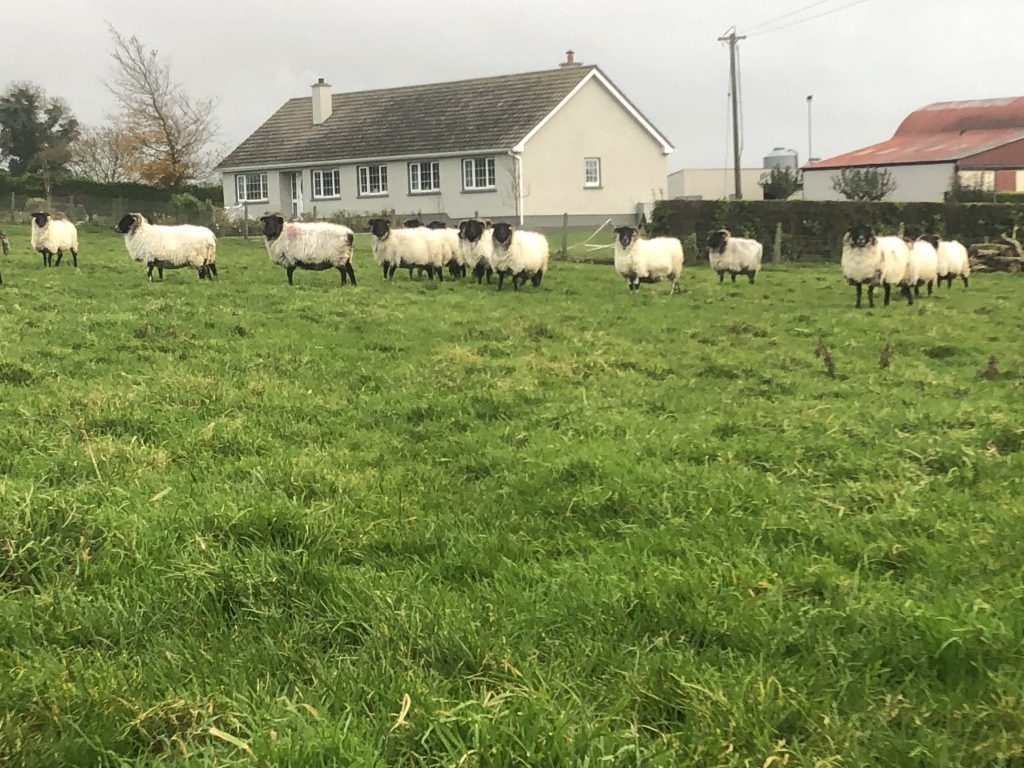 He stated: “The mule ewe lamb is getting very expensive to buy in the last couple of years, so I said to myself I’II try to breed my own. It is just something I am experimenting with at the minute.”

The plan is to breed one crop of lambs from these ewes and then send the ewes on for finishing. From the success of this trial, Colin will judge whether or not he will purchase any more Blackface mountain ewes.

He concluded by saying: “All we can do is try it and see how it goes; hopefully, it will be a success.”