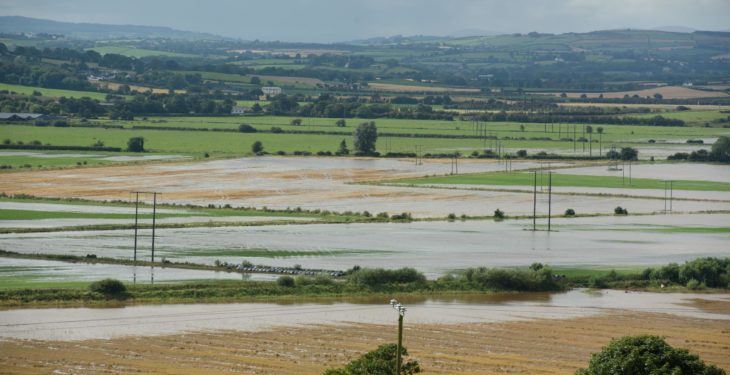 The rain broke on day two of the ‘Ploughing’ in Tullamore and, while most people in Screggan were concerned with what stand they would take cover from the rain at, this was far from the minds of the country’s tillage farmers grappling to finish the harvest.

The harvest remains unfinished in many areas, and the heavy rainfall of late has put a stop to cutting for the time being. AgriLand spoke to IFA (Irish Farmers’ Association) Grain Committee Chairman Liam Dunne about the challenge that still faces tillage farmers.

He estimated that about 10-12% was still to be cut overall at the weekend; he said that it was difficult to predict exactly how much was cut on Monday and Tuesday – as weather varied nationwide. However, this figure was much higher in the west and the north of the country.

“It’s difficult to say. We reckon there was about 10-12% to be harvested up until last weekend, but there was a lot of work done in the last two days. There was up to 70% still to be harvested in Co. Donegal and there was rain early on Tuesday in Co. Galway at about 3:00pm – and they were stopped.”

“There is still quite an amount out there to be harvested and it is getting worrying. There’s talk that, perhaps, next week might be a bit better. However, the forecast at the moment isn’t great for next week.

“It’s just very, very unsettled and it has been since the beginning of August; we haven’t had a decent run at the harvest at all. It started as a very early harvest and we were expecting that it would finish as an early harvest.”

Feed barley is currently priced at approximately €130-135/t on account. Dunne stated that while the weather is bad, the poor price for grain at the minute isn’t helping.

The three things that are important about harvesting, from the farmer’s point of view, are yield, weather and price.

“If one of those goes wrong you’ll struggle and it’s a bit of a battle. If two of them are bad – if the price and the weather are wrong – then you’re in trouble.

“Yield is being affected. Crops are holding up reasonably well. Most farmers that I was talking to on Tuesday said their crops were coming in at below 19-20% [moisture] and they weren’t unhappy. However, the colour was maybe gone out of the grain.

“Some crops are losing heads and grains and some are breaking down, but others are holding up reasonably well – better than they probably did this time last year.”

Spring barley and spring oats account for the majority of the crops left to be harvested, but there are some bits of oilseed rape and beans to be cut.

“A lot of beans were cut yesterday. We would all love to see another couple of fine days, not just for the ‘Ploughing’ [championships]. If we had another two days I’d say that there would be terrible little left. There’s a lot of people that either got finished yesterday or got close to being finished.”

A lot of straw remains on the ground around the country as well.

Before the weekend, about 40% of the straw still had to be baled.

“There was a lot of straw stirred up on Monday or even Sunday and there was plenty baled yesterday, depending on whether or not straw was touched after the combine. If it wasn’t, it’s surprising how well it preserved. By and large, there is a lot of straw out there but I’m hoping that it will still be got.”

When asked if the IFA will be looking for financial support from the department this year, Dunne was hopeful that they wouldn’t need to.

“We won’t be asking yet anyway. We had a battle last year. They really didn’t want to do it; they didn’t want to set a precedent. It will be very difficult to go back this year and look for payment again.

“The only thing that I would say is that the overall pay-out probably won’t be as high as they feared last year, so they mightn’t be so afraid of it again.

“The government has been talking about having some sort of a disaster fund for these events, but they haven’t defined what sort of events they’re talking about. Is it a day, a night or a period of two-to-three weeks? We don’t know.”

“They haven’t been paid yet,” explained Dunne. “They are assessing [applications] at the moment; we think that, in the next two-to-three weeks, the ones that have been cleared will be paid.

“The one good thing about it, I suppose, is that they have an overall budget that they’re working from. If everyone got paid the maximum, which won’t happen anyway, the budget would still cover it – so they’re not short.” 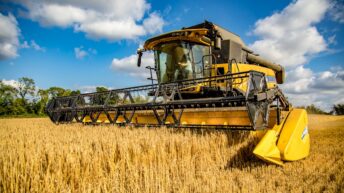 How much does machinery cost your tillage farming business?