Aurivo proceeds with MilkFlex loan scheme for its suppliers 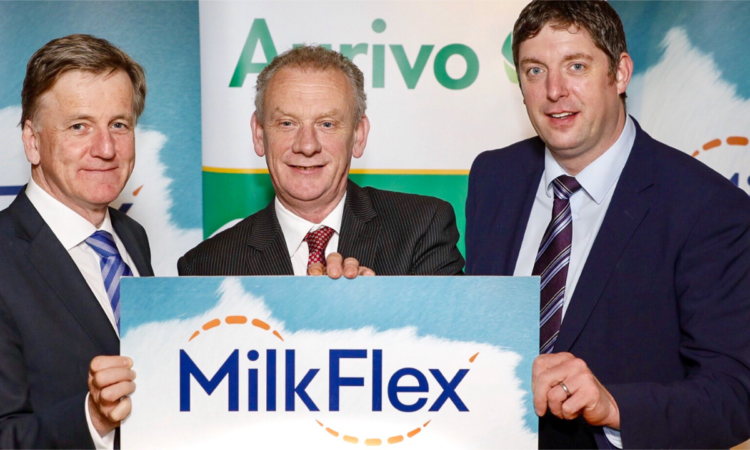 North-west based processor Aurivo has hosted a series of information sessions to launch the MilkFlex loan scheme which is now available to its dairy farmers.

Four information meetings were held at locations in counties Donegal, Sligo, Mayo and Roscommon on Thursday, May 10, and Friday, May 11.

Aurivo has claimed it is the first co-op to organise workshops of this kind, since Finance Ireland announced last week that its MilkFlex loan product is being rolled out nationally with participating organisations across the country.

MilkFlex, which is supported by funding from the Ireland Strategic Investment Fund (ISIF) and Rabobank, will offer dairy farmers, flexible, competitively-priced loans of between €25,000 and €300,000 over eight to 10-year periods.

The initiative will incorporate seasonal repayments that are linked to movements in milk prices and potential disease outbreak, and no asset security required.

Commenting on the announcement, Pat Duffy, chairman of Aurivo said: “Aurivo has been working with Finance Ireland to get this award-winning loan scheme rolled out to our dairy farmers.

We are committed to helping our suppliers tackle any challenges they face, and milk price volatility is one of the key difficulties when it comes to income stability.

The chairman continued: “We’re delighted to host these workshops with Finance Ireland following the national launch, to make the scheme available to our suppliers.

“Aurivo has over 1,000 milk suppliers and we would encourage any suppliers considering this unique financing option to contact Finance Ireland as soon as possible, in order to avail of a short application-to-draw-down lead time.”

According to the co-op, attendees at the Aurivo workshops received practical advice on MilkFlex from representatives from Finance Ireland.