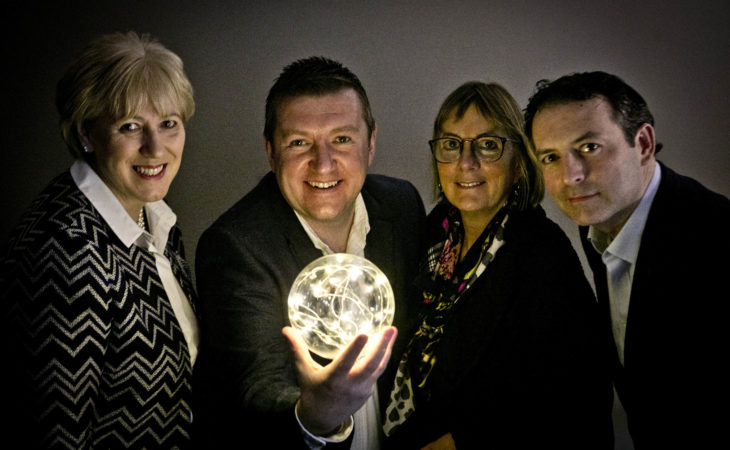 Agri-tech fledgling businesses are being encouraged to enter the National Start-Up Awards which was recently launched by Minister for Business and Innovation Heather Humphreys.

The competition, run by the Bank of Ireland and Enterprise Ireland, recognises and rewards Irish start-ups for their success across 15 categories.

The company was co-founded in 2015 by Noreen Doyle and her husband, John Doyle, a qualified butcher.

“Irish Biltong is an air-dried,100% Irish beef, slightly spiced and thinly cut very nutritious beef snack, with a 69% protein content, low in sugar (3%) and fat (3.9%), produced from our own grass-fed Irish beef. It comes in two flavours: plain beef, and mild chilli,” said Noreen who is also director of Haynestown Meats.

“Our product is prep-free and is a source of natural protein and perfect for a healthy snack, after the gym, after a workout or on the golf course,” she said.

“Traditionally Biltong originated in South Africa many hundred years ago. The climate in South Africa lends itself perfectly to air dry beef. However, we don’t have that privilege in this country so we have imported specialised cabinets to mimic these conditions.

“This process along with the high quality of Irish grass-fed beef has led us to producing a biltong with a content of 69% protein,” Noreen said.

“We produce it ourselves in-house in our fully-licensed premises in Naas through our wholesale meat business. The meat industry has been a part of our heritage, both from farming background and livestock supply,” said Noreen.

Coming from a background of farming – I am the daughter of a north Cork dairy farmer – and a prize-cattle breeding business, we have a life-long history connected with the beef and dairy sector.

Noreen previously worked in marketing and sales, and John was established in the beef industry when she met him in 2000.

Gap in the market

“Working in the food sector for the past 14 years, I saw a gap in the health food sector and developed this high protein beef snack range which adapted itself successfully to primarily the sports nutrition market,” she said.

“We spent two years perfecting the R&D on this product. On initial market research, I discovered that a number of elite sports groups in this country were already using this high protein product in their training diets but importing it from the UK,” said Noreen.

“This seemed to be an obvious gap in the market that we could test and develop through my husband’s expertise in the beef industry and our availability of top-quality beef from local farms, owning our own meat plant and working with qualified personnel,” she said.

“Phase one of our cycle was to test the product on various areas of the market, start to make noise in the existing protein market and build brand awareness – through as many marketing opportunities that presented themselves to us as possible.

“In September 2015 we tested the product in retail through the Food Academy programme and Supervalu, dealing directly with stores.

“Today we are working with a specialised independent full service distributor, Ampersand, and have launched into Applegreen nationwide; Supervalu; Gala; and Daybreak, now selling in over 700 stores to date,” said Noreen.

The couple set up an e-commerce website in September 2015, selling online to Irish and UK customers.

“We have been working closely with food and research areas of one of the national universities and a food development multinational company in building the brand with other products.”

The company’s progression has included: supplying corporates such as Google; appearing on Dragon’s Den; securing private investment; and making further inroads into the export market.

“We have some very interesting developments coming through over the next couple of months for presentation to market in convenience formats,” Noreen said.

Speaking at the awards launch, Minister Humphreys said that the start-up eco system is the backbone of the country’s regional economy.

“The Action Plan for Jobs is clear in its focus on regional development and growth and, in 2017, my department, through Enterprise Ireland, supported 181 innovative start-ups from right across the country from a range of sectors. It is encouraging to see the diversity within the Irish start-up community,” she said.

The competition, which is in its seventh year, honours the best and brightest start-ups for their dedication, resilience and perseverance.

It is open to companies and organisations across all sectors that have been operational for up to five years. There are three key stages to the competition with qualifying entries first shortlisted by region and then nationally.

Julie Sinnamon, CEO of Enterprise Ireland, said that Enterprise Ireland had partnered with the National Start-up Awards to give businesses with the potential to scale internationally the opportunity to be catapulted onto a national stage at a crucial time in their progression and development.

Stephen Dillon, founder of Startups.ie, said: “The first few years in any business are by far the toughest and we believe that it is really important to give start-ups as much support and encouragement as possible at this early stage.

The National Start-Up Awards represents a fantastic opportunity for companies to showcase their businesses and gain valuable national and international exposure.

To enter or nominate an enterprise for a National Start-Up Award visit www.startupawards.ie and submit the application by Thursday, March 22. 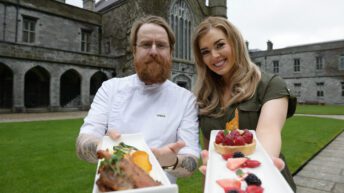 Galway to host global forum on food, tourism and culture