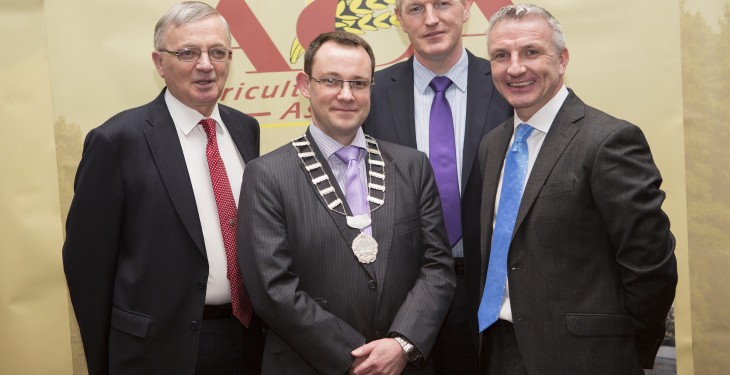 Outgoing ACA (Agricultural Consultants Association) president Michael Brady has told AgriLand that definitive light has now been shed by the Department of Agriculture regarding the way Pillar 1 support entitlement will be managed post 2014.

“Our members received a full briefing on this issue at last Friday’s annual conference,” he added.

“What we now know is that active farmers will be considered in the context of the production they carried out in the years 2013, 2014 and 2015. The inclusion of 2015 as a reference year came as complete news to me.

“What is now also apparent is the fact that the next CAP regime will continue through until 2022. This mean that a farmer buying entitlements for next year will have the use of them for seven years, not five, as was previously assumed.

“It has also been confirmed by the department that the pot of money drawn forward by farmers will be linked to the value of the entitlements they own in 2014, not drawn down.”

With regards to the definition of an active farmer, Brady believes that most land owners can quite easily meet these criteria, should they choose to do so.

“There is no reason why the leasee cannot be treated as a de facto contractor in this situation. The onus will then be on the lessor to keep a full record of all inputs purchased.”

When asked if farmers should draw down future entitlements across all the land they work – owned and leased – or simply on the basis of land owned, Brady said. “I can see circumstances prevailing in which it would suit certain tillage and beef farmers to draw down their new entitlements on the land they own only. This would be considered as a type of stacking. And it would certainly make sense in scenarios where farmers are thinking about scaling back the size of their enterprises.”

Brady concluded: “ACA members will be discussing all of these issues with their respective clients over the coming days. However, land owners with any queries regarding any of these important matters should seek professional advice immediately.”