A rake that can ‘think’ for itself: Can it improve your work? 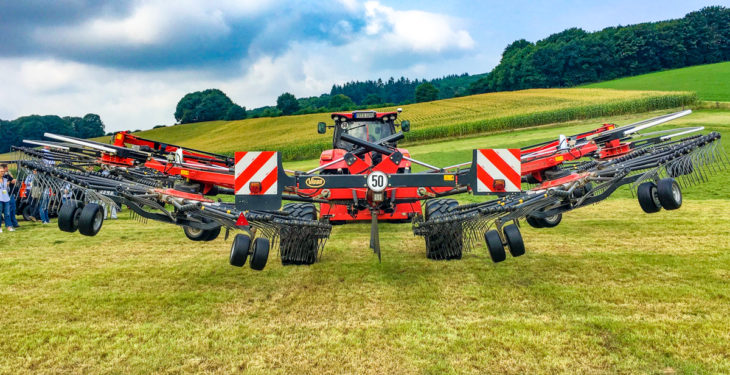 It’s part of a drive by the company to add automated “driver-friendly” features to some of its bigger machines. Yesterday, AgriLand brought you news of Kverneland’s ‘GEOMOW’ option for its butterfly mower combinations.

Kverneland claims that the new GEORAKE “takes the hassle out of raking”. It says that larger four-rotor machines can be unwieldy to handle in small or odd-shaped fields, where multiple headland lifts and turns are needed. 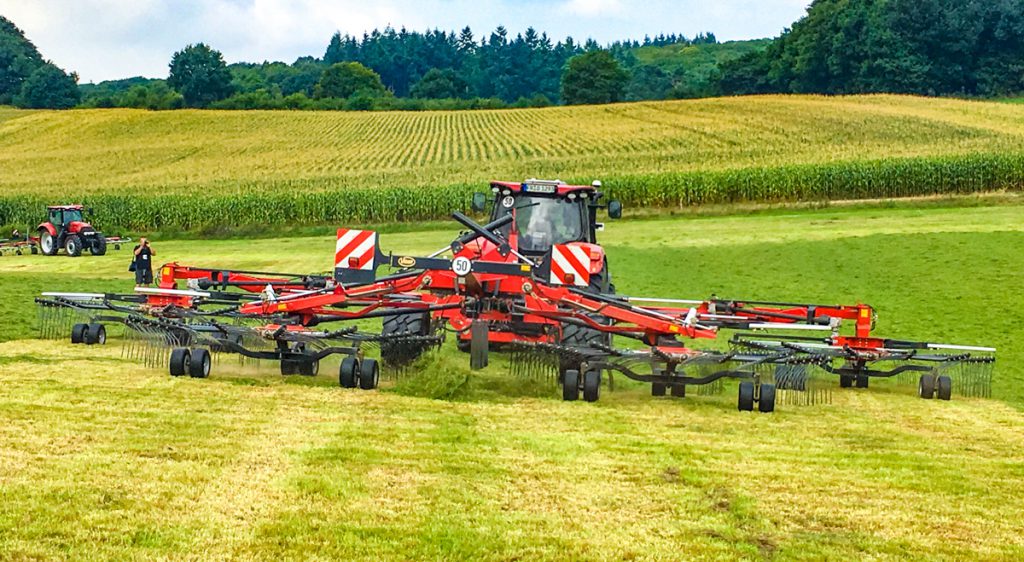 The 97150 C is a case in point; it has a 15m working width. Such a machine would typically need a skilled operator – to maximise the machine’s productivity.

Precision is key – if you are to stay ahead of a hungry, capacious self-propelled forager following closely behind. The four rotors need to be lifted and lowered at just the right time, to rake up the crop in the most efficient manner whilst also leaving “perfect” swaths behind. This can often require an extra round, to clean up the headland, before leaving the field.

With the advent of the the 97150 C GEORAKE, Kverneland says that such practices might well be a thing of the past.

The headland sequence has now been fully automated, thanks to GEORAKE. It enables each of the four rotors to be controlled individually, via ‘section control’ linked to the tractor’s on-board GPS and ISOBUS functions.

The operator can now focus fully on watching where the rake’s rotors are going (rather than concentrating on lifting and lowering them at just the right moment), thus speeding up the operation and reducing fatigue during a long working day.

GEORAKE, says Kverneland, reduces the risk of mistakes and the need for corrective actions. The system can adjust the rotors to “constantly strive to keep the swath as straight as possible“; it does this automatically on-the-move to make life easier for the driver of the forager, wagon or baler coming behind.

If a rotor enters an already-raked part of the field, it will automatically lift. Each rotor lifts individually – acting as one of each of the four ‘sections’ – hence the earlier use of the term ‘section control’.

When entering an un-raked area, the relevant rotor(s) automatically lowers.

Kverneland claims that no crop is left behind, and no swaths on headlands are “upset” by unwanted interference from the rotors. Work is apparently “done right first time”. 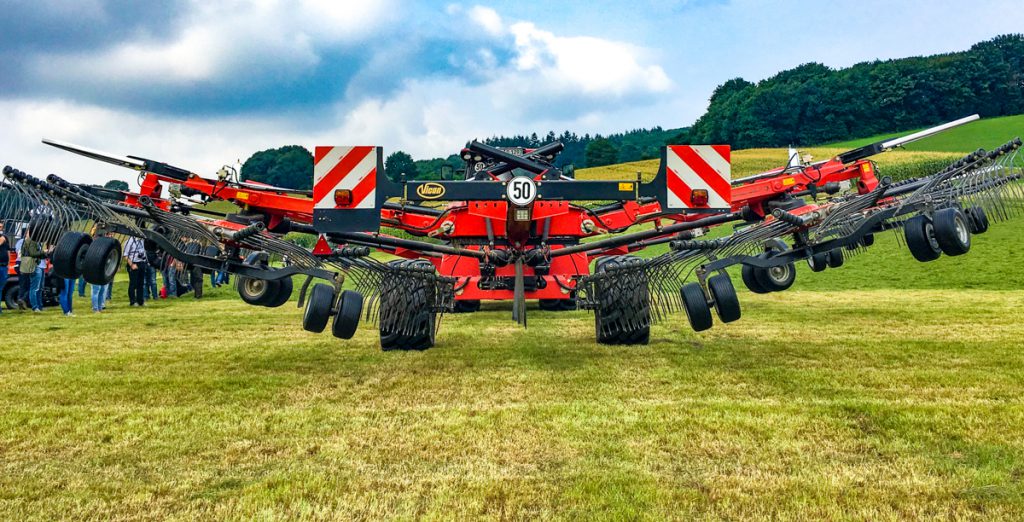 When working in awkwardly-shaped fields, of which there is no shortage here in Ireland, the GEORAKE will avoid already-prepared swaths by automatically lifting the individual rotors as needed, without the need for any “counter steering”. This allows the operator to focus on driving and keeping up the speed and pace.

These rakes are marketed in Ireland under the Kverneland brand. They are sold under the Vicon banner in some European markets. 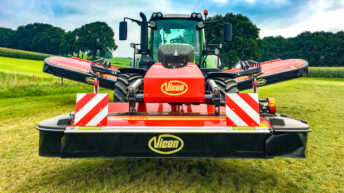 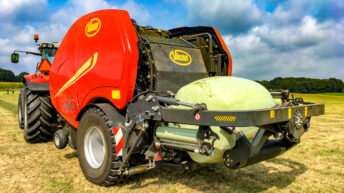