A total of 53% of Irish dairy farmers who took part in a survey revealed that they would be likely to recommend a career as a dairy farmer to the next generation of farmers.

The survey was carried out recently by the National Farm Research Unit (NFRU), who interviewed 265 dairy farmers across the country.

These farmers were asked: “On a scale of one to five, with five being very likely, how likely would you be to recommend a career as a dairy farmer to a young person?”

This meant that a total of 53% of farmers were positively inclined – gave a score of four or five – to recommend a career as a dairy farmer to the next generation of farmers. 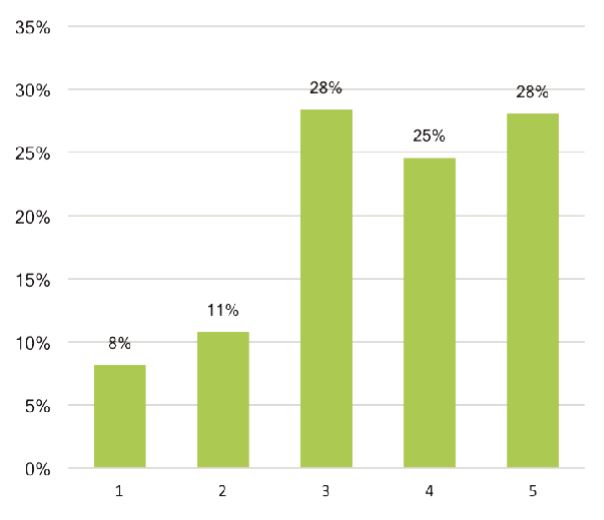 This is despite the fact that farming is a sector with one of the highest risks for fatalities, the NFRU added.

Number of years in farming

Whilst the recovery of the construction industry has resulted in a fall in the number of applications at agricultural colleges, the demand for management staff on dairy farms is higher than ever, the NFRU explained.

To breakdown these results further, the NFRU looked at the number of years in farming.

The results were categorised as a score of one or two being negative, a score of three being neutral and a score of four or five being positive. 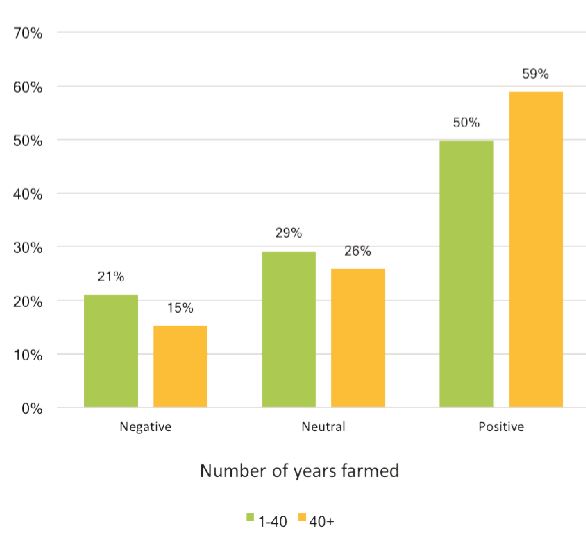 In 2014, the age profile of the dairy sector was 52% over 50-years-old and 48% under. In this poll, when respondents were asked the number of years they were farming, 72% answered that they were up to 40 years farming – while 28% were farming for in excess of 40 years, according to the NFRU.

JP Dorgan, spokesperson for the National Farm Research Unit, said: “It appears that Irish farmers have a great belief in the future of the dairy sector, which is very encouraging as new young people entering the sector over the next 10 years are key to its success.

“The youth bring energy, enthusiasm and question whether it can be done better or more efficiently,” he concluded.