5 things to know before buying a bull 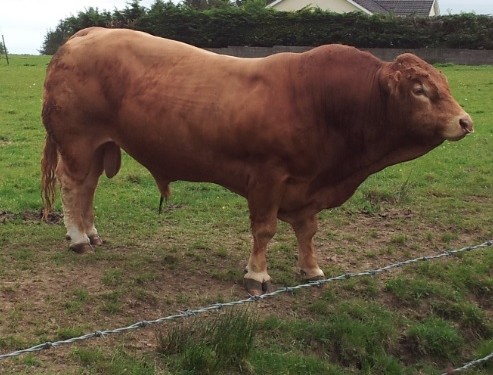 A pedigree stock bull is a substantial investment. For many, it is something they will hopefully only have to buy once every five or six years.

The bull chosen will have a huge influence on your suckler herd’s performance for many years to come. The purchase therefore deserves to be given time and effort.

1.What published figures are available on the bulls that you are looking at?

The days of buying a bull based on his looks and what the seller tells you about his ancestry are long gone. The ICBF now publishes breeding values on every pedigree bull born in the country.

Use these figures (and the stars that go with them) to help make up your mind when comparing bulls. Go to bull sales where there are published indices available on the animals.

Catalogues are usually available to download from the web before these sales or you can ask the breed society to post one to you before the sale. If you are buying a bull privately, only deal with breeders who can give you all the relevant figures.

2. Are you looking to buy a bull to produce calves for finishing or to breed suckler replacements?

Suckler farmers who have no interest in keeping replacement heifers out of a particular bull should focus on what the terminal index values are for the bulls they are looking at.

High terminal index bulls (those with four and five stars) are more likely to produce calves with above average daily gains, have better conformation than the breed average and have higher feed efficiency.

These three traits make up 71% of the index. Difficult calving bulls are heavily penalised on this index. The majority of suckler farmers, however, would like the option of keeping some replacements from a bull they have purchased.

The replacement index should then be your index of choice rather than the terminal index. It identifies bulls that  have the potential to produce breeding heifers with both good maternal traits and good beef traits.

A word of warning though, bulls with high star ratings for the replacement index can get this from their maternal traits, from their beefing  traits or from a combination of both.

A bull with five stars for the replacement index can also rank poorly on maternal traits, i.e. milk and fertility. It is important to take note of the key profit traits in conjunction with the overall figures.

3. What are the most important key profit traits for your farm?

Looking at the overall index values is not enough. You also need to look at the key profit trait values before you make any decision. Some traits may be more important to you than others.

For example, the key profit trait for calving difficulty estimates how hard it will be to calve a bull’s own progeny. Mature suckler cows calving in a fit body condition should not have a huge amount of difficulty when bred to bulls with estimated calving difficulty figures of up to 8%.

However, maiden heifers should not be bred to bulls with calving difficulty figures above 4%. For some farmers these figures may be even too high and they will aim for bulls with lower figures to reduce the risk even further.

If you are trying to improve fertility within your replacement heifers, the key profit trait for daughter calving interval should be negative, i.e. daughters from this bull are likely to reduce the average calving interval of your herd.

Similarly if milk is important in your heifers, you should pay close attention to the key profit trait for daughter milk – it should be positive and the higher the better.

4. How reliable are the star ratings for the indices and the key profit traits?

No breeding index in the world in 100% accurate. They are only a prediction of how a bull will perform and like all predictions they can sometimes be wrong.

Farmers over the years have given examples of buying a bull that had five stars for an index on the day of purchase and a couple of years later that bull had only one star due to the fact that his own performance was much lower than was predicted for him.

All of the indices and key profit traits have reliability figures published beside them. The higher this figure is the less likely that a bulls breeding values will change considerably over time (the range is from one to 100%).

If they are bred from bulls and cows with high reliability figures, their own figures will be more reliable.

5. Does the bull’s appearance match his published figures? Is he fit for breeding?

The star ratings published for a bull help to narrow your selection when choosing to buy a bull but his pedigree and physical appearance are also important. His own physical build should match what the figures are saying about him.

Examine the size of his scrotum and testicles to ensure they are at the correct size for his age. Inspect his legs and feet to avoid sickled/swollen hocks or other functionality problems that could affect him.

Asses his body condition to ensure he is fit and ready for a busy breeding season. Young bulls will not be able to run with many cows in their first year and they should, if at all possible, be broken in slowly.

Ask the seller what diet he has been on and what he should be fed on for the first month on your farm, to adjust his diet slowly.