One of the most interesting entries at the upcoming ‘Great Grass Event’ close to Trim, Co. Meath on May 6 will be a ‘rejuvenated’ Case IH 7400 harvester.

The Case IH self-propelled forage harvester, which is essentially a re-badged Mengele machine, was purchased by five friends from counties Dublin and Meath – with the aim of restoring the machine to its former glory and raising as much money for charity in the process. 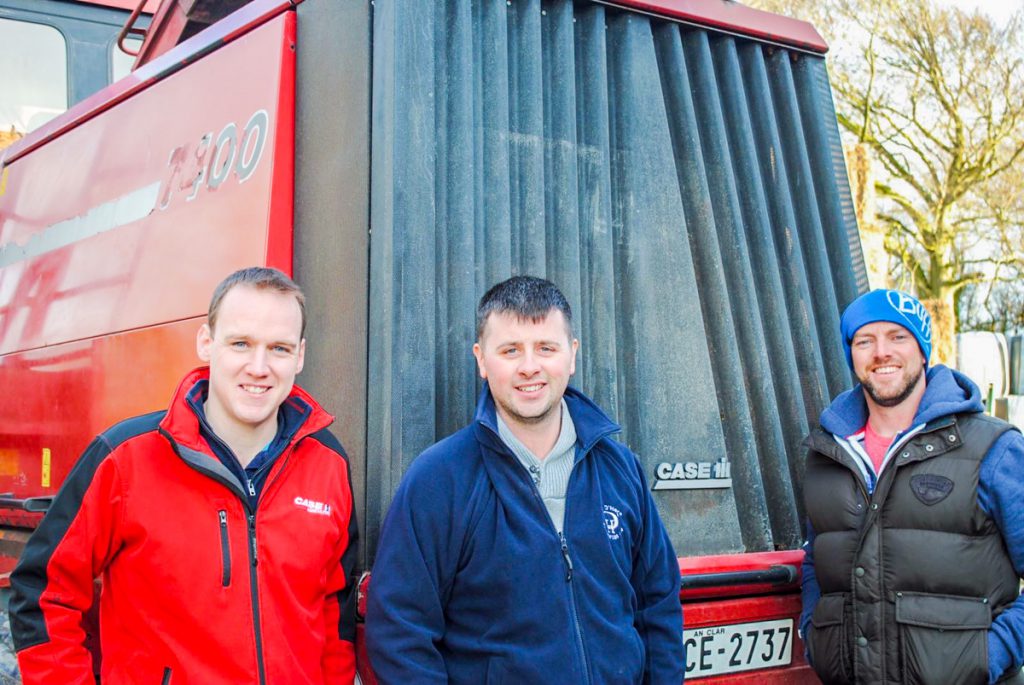 Agriland spoke to David O’Donoghue to find out more about the intriguing project. He explained: “We were at the Combines 4 Charity Christmas party, when the plan for the ‘Great Grass Event’ was announced. It involves a world record attempt to pick up 100ac of grass in 10 minutes, with self-propelled foragers from all over the country. 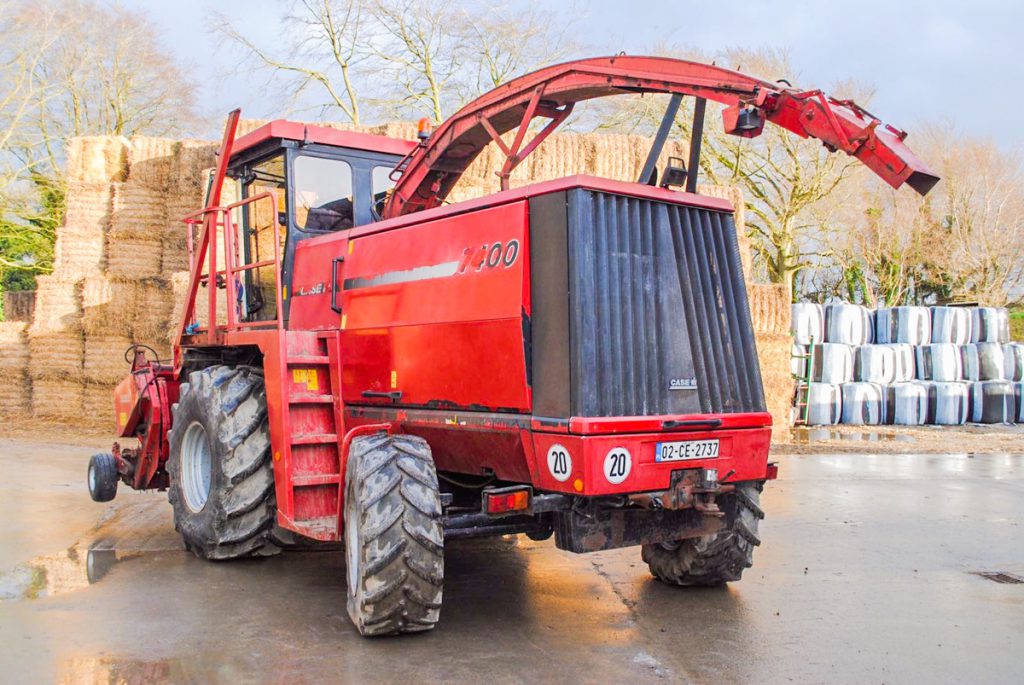 “We decided that night, with the benefit of a few pints, that we would buy an older harvester, get it ready, bring it to the event and raise as much money as we could for a good cause.

Kevin, because he works at Mid Louth Garage, persuaded us that it had to be a Case IH machine.

“We looked up the ‘Agri-Affaires’ website, but couldn’t see anything to suit – even overseas. We then put up an ad on Donedeal looking for a Mengele, which would have been equivalent to the Case IH model we wanted – albeit in a different colour.”

O’Donoghue explained that they then spotted, separately, an ad in the ‘for sale’ section – for a 4WD Case IH 7400 in Scarriff Co. Clare. He said: “We went and looked at it at 10pm on a Tuesday night; it was dark but we did our best to give it the once over.

“After plenty of haggling in the days that followed, we agreed a price over the phone. The machine was picked up on the Saturday by Hendrick Transport; we have to thank them for helping us out so much.

“Since then, which was about three weeks ago, we’ve been working away on it in the evening time – fixing up the chopper box and other bits and pieces. We’re going to get it sprayed, with some customised ‘highlights’. The work is being done by a specialist painter Arlene Nevin, who’s kindly helping us with this project. 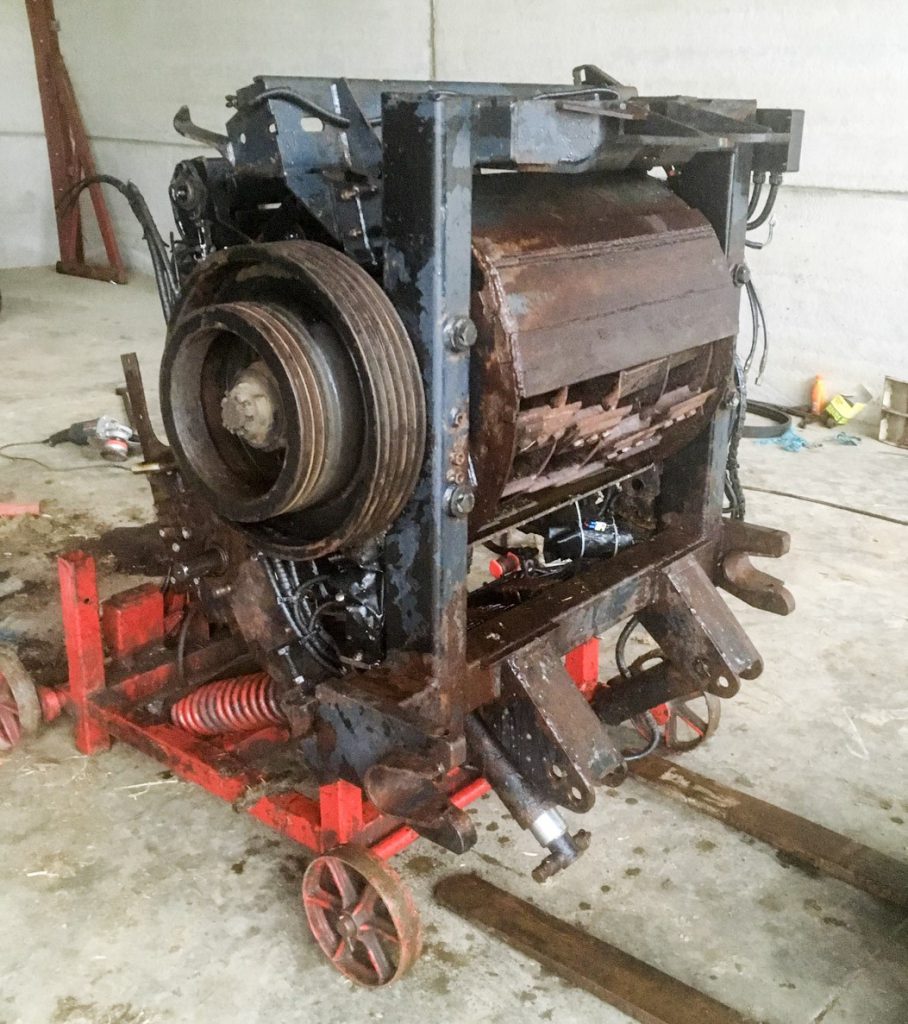 The group is hoping that the machine will be ready in time for the big event, on May 6. In fact, plans are afoot to put the 7400 at the front – as the ‘lead’ machine on the day.

David explained: “We’ve been talking to the organisers and they’ve been a great source of encouragement to us. We are using our own time and money, with a lot of help from friends and local businesses to buy and do this harvester up – to have it ready in time. Case IH is helping us out with spare parts, which is greatly appreciated. 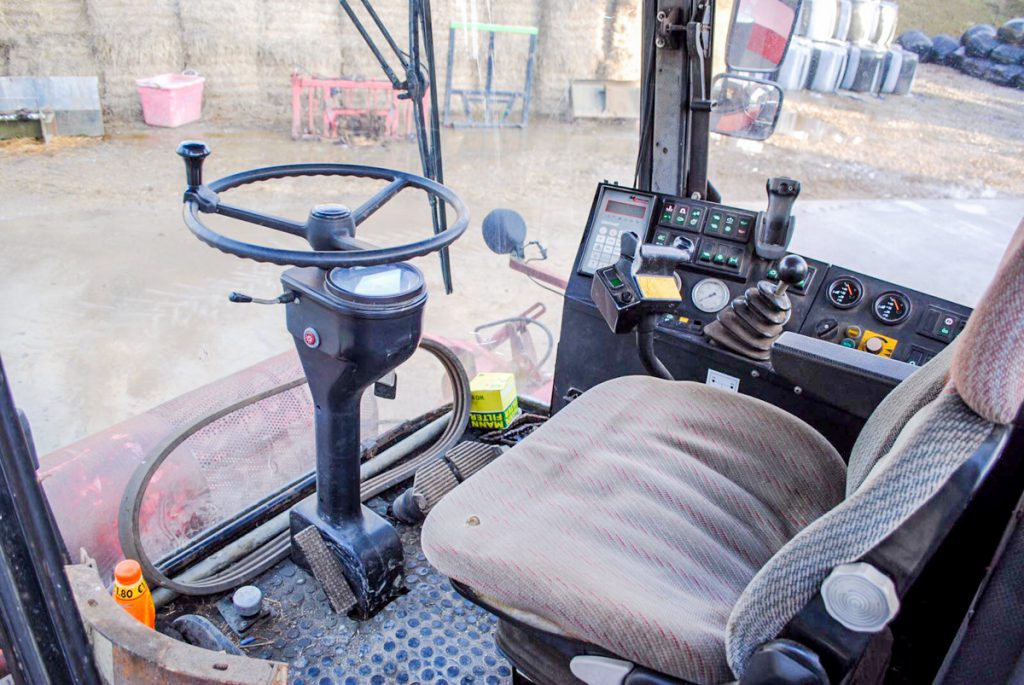 “Getting the machine itself ready is just one task though; we also have to get to our target level of sponsorship.

We’re selling sponsorship space [on the sides of the machine] to businesses that would like to support our chosen charities. Because the machine will assume a prominent position at the ‘Great Grass Event’, it will likely feature in a lot of pictures and videos.

“100% of the money donated will go to Enable Ireland and Laura Lynn Children’s Hospice, along with the charities that are being supported by Combines 4 Charity. Anyone who would like to support us can find out more at gofundme.com or on our Facebook page – The Charity Case.

The group hopes to put grass through the machine in a few weeks time (if they can find some), to make sure that everything is running smoothly. Once the event is over, they haven’t thought about the machine’s long-term future just yet. 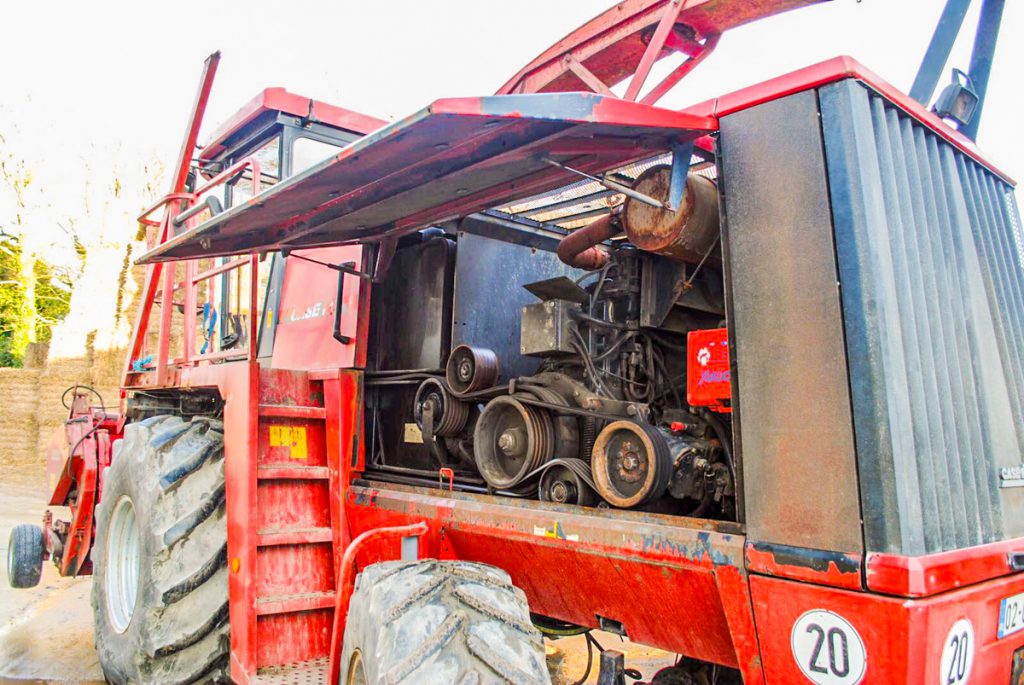 “We might keep it for the summer; we have some other fund-raising ideas for it. For now, we’re just focused on the big event in May. We’ve heard that it’s going to be a big day for everyone involved. Numerous machinery companies are also taking part.

He concluded: “We’ve even heard that there’s a group of German machinery enthusiasts who’ve already booked rooms at a local hotel for the event. They won’t be the only people travelling from overseas to see this spectacle.”

100 acres of grass in 10 minutes, with as many forage harvesters as can be found...