Four men have appeared before the Special Criminal Court in relation to attempted thefts of ATMs in the border region of the country last year.

The arrests were made by Gardaí attached to the Special Detective Unit and detective branches based in Carrickmacross, Bailieboro, Monaghan and Kells, following direction from the Director of Public Prosecutions (DPP).

The men were detained at Carrickmacross Garda Station. They appeared before the Special Criminal Court earlier today.

The spring and summer months of 2019 saw a spate of ATM robberies and attempted robberies on both sides of the border, with counties Cavan, Monaghan and Meath being affected, among others.

Typically, the culprits would pull the ATM out of a wall with (often stolen) plant machinery, before loading it on to a getaway vehicle.

The series of incidents progressed to the point where Gardaí were forced to issue a warning to plant machinery owners in the border region to make sure their machines were stored securely and not left in an area that was easily accessible. 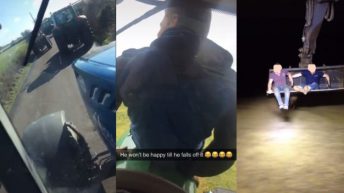