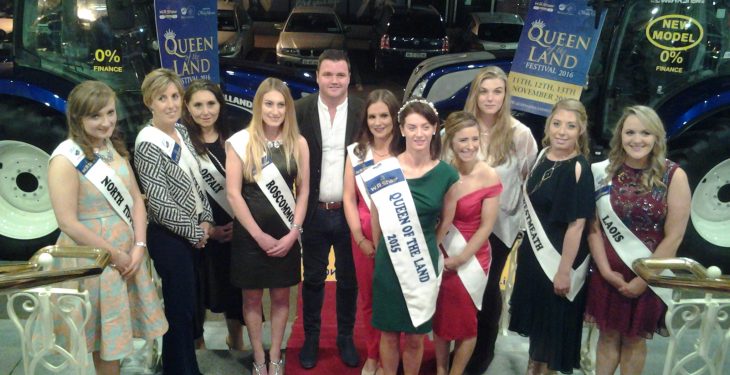 The 2016 W.R. Shaw Queen of the Land Festival will see 32 women compete for the title, with representatives from Ireland, Scotland, England and Northern Ireland.

The festival, which was officially launched in the Bridge House Hotel in Tullamore Co. Offally last weekend, will attract visitors from all over the country.

The schedule for the festival will include a tour of of Clonmacnoise and the Tullamore Dew Heritage Centre for the Queens, the festival Gala Banquet while the winner will be crowned on Sunday, November 15 at midnight.

Founded in 1964, the festival has gone from strength to strength and this year’s 52nd festival will be no exception, according to Festival Committee Chairman, Ger Mahon.

We have pulled out all the stops to ensure that the 2016 W.R. Shaw Queen of the Land Festival is the best yet with a superb line-up of entertainment for this year’s festival you won’t be disappointed.

“The continued support of both the main sponsor, local New Holland dealer W.R Shaw, and associate sponsors is truly appreciated.

“We are delighted to have W.R. Shaw back as the main sponsors of the Festival and we extend our sincere gratitude to them for their continued support and commitment to the Queen of the Land Festival.

“In addition, we would like to thank all of our associate sponsors for their generosity, support and loyalty to our Festival.”

This year’s judges are Christine Buckley, reigning W.R Shaw Queen of the Land 2015 and Billy Shaw, representative of WR Shaw.

The guest judge for 2016 will be Anna Marie McHugh, who is an Assistant Managing Director of the National Ploughing Association (NPA) and Queen of the Land from 1989.

Meanwhile, Frank Forde from Castlebar, Co. Mayo who is a comedian and impersonator will be the MC for the weekend. 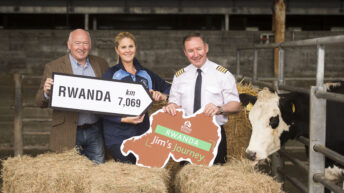 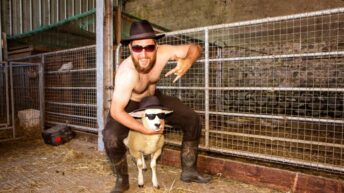