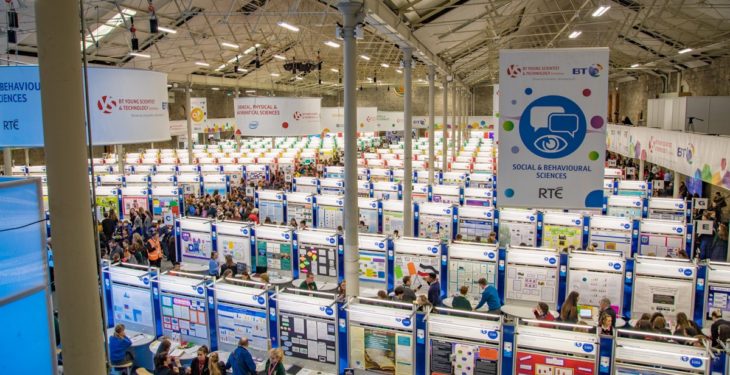 This year marks the 54th BT Young Scientist and Technology Exhibition, with just over 2,000 projects being submitted for the 2018 event.

A total of 550 finalist projects were selected to attend the exhibition, which began on Wednesday (January 10) and runs up until tomorrow (January 13).

The awards ceremony for the event is scheduled to begin at 5:30pm this evening.

The student or students behind the overall winning project will be presented with a trophy and a cheque worth €7,500; They will also have the chance to represent Ireland at the European Union Contest for Young Scientists.

With such a wide array of projects on display, AgriLand decided to talk to some of the students who drew inspiration from agriculture for their chosen topics.

Kayla McMahon and Fiona Kelly from Desmond College in Co. Limerick were busy demonstrating their project ‘Farm Hand’ at the exhibition.

Their project included a pair of heat-retaining gloves that were also water and chemical-proof. The gloves had built-in tools suitable for agriculture personnel.

It was hoped that these tools would provide protection as well as increasing safety and communication, thus leading to a reduction in accidents.

One of the projects in the technology section of the competition included a submission from Alex Brady and Jack Brady from Colaiste Chraobh Abhann, Co. Wicklow.

Their project focused on the use of a mechanism on the gates of a livestock trailer to minimise injuries to farmers while loading animals.

Speaking to AgriLand, Alex outlined that the most difficult aspect of the project was coming up with the design concept for the mechanism.

A group of students – Jack James, Kelvin Osagie, Porosh Hossain – from the North Monastery Secondary School in Co. Cork were competing under the technology section of the exhibition.

Their project included using colour sensors and a solenoid valve to prevent the contamination of milk with either blood or mastitis when the cows are being milked.

Porosh explained that: “When it senses a specific amount of blood in the cow’s milk, it activates the buzzer; when the buzzer goes off the farmer knows when to stop milking.”

The coding aspect of the project proved the most challenging, according to Kelvin. He said: “We had to code the arduino board to interpret different types of information that it receives from the components.”

Are bird boxes of any benefit?

Two students – Brad Flynn and Patrick Reilly – from Ardscoil Phadraig in Co. Longford decided to examine whether the installation of bird boxes under the GLAS scheme proved a success and whether they were of any benefit.

They carried out a survey of some farmers in Co. Longford and found that there was a lack of understanding surrounding the guidelines for the boxes.

But – during their research and multiple farm visits – the students found that between 80% and 90% of bird boxes they examined had evidence of previous inhabitation.

Laura Campion and Holly Kenny – from St. Mary’s Secondary School, Co. Mayo – carried out an investigation into the impact of compression of soil by farm machinery on plant and micro-organism growth.

As well as this, the level of root and shoot growth in the uncompressed soil was much higher than the compressed soil, the students added.

Does a mart affect the surrounding water quality?

A group of students from C.B.S Roscommon – Peter Kirwan, Kaylem Holian and James Farrell – decided to investigate whether or not the water quality in an area is affected by the proximity to a livestock mart.

In the beginning, the students thought the livestock mart would have a significant impact on water quality in an area.

But, through their research, they found that the drainage systems employed by the marts they visited were efficient and didn’t allow any pollution.

For their project, Colm Walsh and Sean Cregan from Co. Limerick looked into the benefits of planting kale – both financially for farmers and physically for cattle.

The students from Salesian Secondary College, Pallaskenry, studied three animals for a three-week period that were being kept in different conditions; one was kept indoors, one went from indoors to outdoors and one was in kale.

Following their research, the students were of the opinion that kale provides both significant benefits to the animals and the farmer. 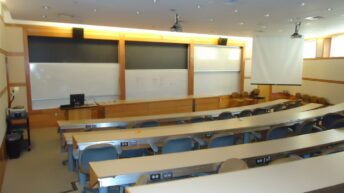